So yesterday news broke that Tom Brady was on the Patriots injury report after being limited at practice with a calf injury. I’m not too worried because this is the same guy that was on the Patriots injury report every week for approximately a decade with a shoulder. However, in case anything tragic does transpire, we’ve got Phil Mickelson and his JACKED calves on standby.

I’m on standby for a flight to Boston. Let’s not let inadequate calves hold us back. 😎 https://t.co/MQ6IkVNOBo

Even Brady himself was on board with at least a few tips from Phil on how he built those leg cannons.

The Phil Mickelson Method… for jacked calves? Sign me up. https://t.co/HFYFGltplp

.@PhilMickelson seizing the opportunity to show off the calves with the news shorts policy 😂 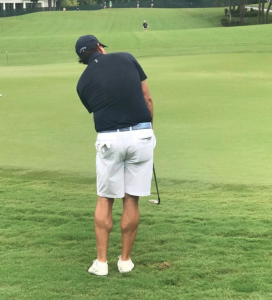 PS – Phil absolutely SMOKED a guy for shooting his shot trying to get 18 holes in with the legend and I am wheezing.