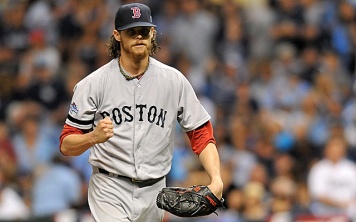 Oh what could have been.

If you’re anything like me you’ll remember how AMPED you were that the Red Sox had this starting rotation signed and sealed for years:

Now obviously, like Clay’s career, things did not go as expected. Buchholz was going to be the next ace of the staff, throwing a no-hitter in his second career start, but his career was defined by maddening inconsistency and of course injuries. Clay currently has a 4.01 career ERA and is currently on the DL for the Phillies, which is a microcosm for him as a whole. The guy would routinely go on a 6-week run of dominance sporting a 2 ERA before going into the tank for the rest of the season. Like clockwork.

We’ll always have that no-hitter though, Clay.