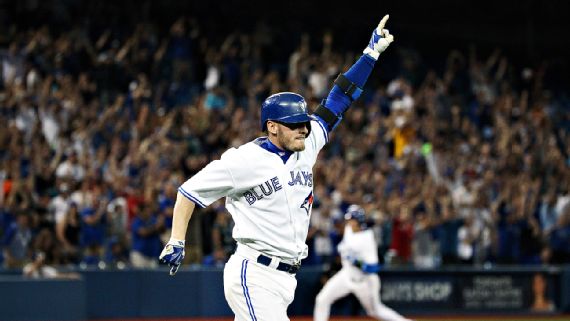 God I wish Dave Dombrowski got to Boston a year earlier. A guy who gets aroused trading unproven prospects full of potential for legit major league talent. The Blue Jays gave up their top prospect and a few other players to land Donaldson, but in his first season in Toronto all he did was hit .297 with 41 HR and 123 RBI en route to winning the AL MVP. OK I guess. Meanwhile the Sox spent $95 million on the abomination that is the Pablo Sandoval contract. Not to mention Donaldson isn’t arbitration eligible until 2018! He made about $4 mil in his MVP year, which bumped up to $11 mil this year whereas Pablo’s making a cool $18 mil to ride the pine. (*Fun little note – Baseball Reference’s Top 10 most similar players to Pablo include Corey Koskie, Shea Hillenbrand and Aaron Boone. Gross). At the time of the trade Donaldson’s WAR was a ridiculous 15.4 the past two seasons, trailing only Mike Trout in the majors.

Ohh what could have been..

Pablo Sandoval’s first start of the year: 0-for-3 with 3 strikeouts, 1 error and 1 exploded belt. https://t.co/3OmRf4WyBF