Jonny Gomes is (Not) Retiring; Shane Victorino Likely in the Same Boat 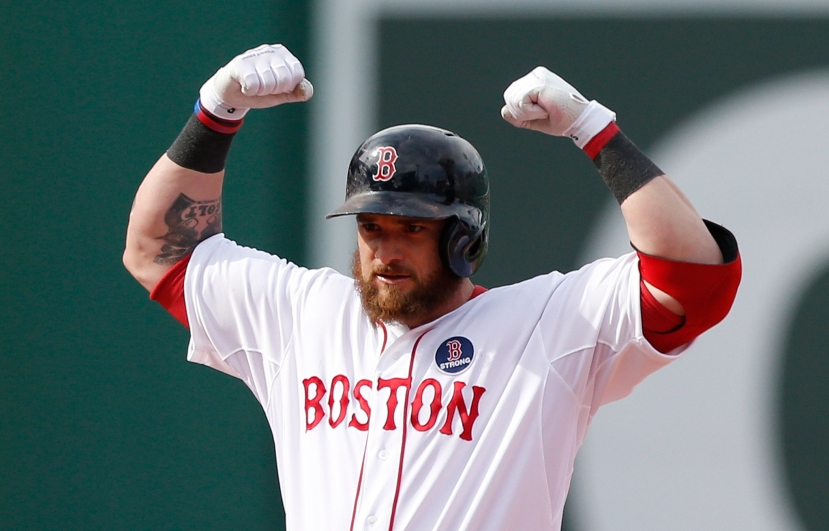 Boston Red Sox’s Jonny Gomes flexes after hitting a double in the eighth inning of a baseball game against the Kansas City Royals in Boston, Saturday, April 20, 2013. (AP Photo/Michael Dwyer)

Sports Illustrated – Despite reports, veteran outfielder Jonny Gomes is not retiring, according to Rob Bradford of WEEI.com….After Gomes’s 13 seasons in the Major Leagues, SB Nation reported Wednesday that he would retire. He is not currently on a roster.

SB Nation reported yesterday that Jonny Gomes is calling it a career, then Rob Bradford came over the ropes and said not so fast. Either way, this is probably it for Jonny. He may not be filing the paperwork just yet, but it’s hard to see him getting picked up after hitting .213 last season. Needless to say this is a sad day for anyone who was a fan of the 2013 Boston Red Sox. Jonny Gomes, hate him or love him helped reset the culture in the Red Sox clubhouse after the disaster that was Bobby Valentine. Hell, he started the bearded brothers culture that the entire team took on as their identity. He was loud, obnoxious and fun as hell to watch. Not to mention all his gems like the story of fighting a guy in a grocery store. 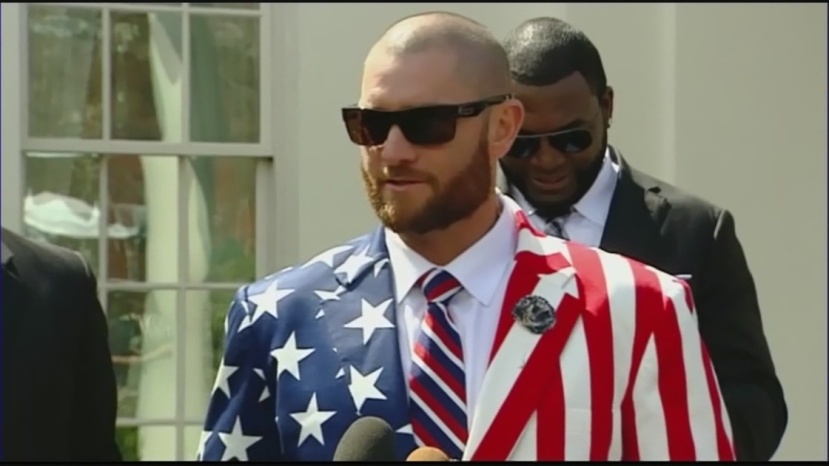 The guy came to play every day and there is nothing in this world that people from Boston appreciate more than a dirtdog who shows up to work every day and busts his balls. And with everything that was going on in Boston in 2013 after the Marathon bombing, that team became cathartic for the city and the team really embraced that role. Gomes especially embraced that and the team fed off of it en route to winning the World Series.

PS – I’d be remiss not to mention my boy Shane Victorino who was every bit the heart and soul of that 2013 Red Sox team as much as Gomes. Victorino is likely in the same boat after being released by the Cubs’ Triple-A team the other day and Sox fans will always love him for what he did in 2013. His career more or less went off the rails due to injuries after that season, but he was another guy who really relished what it means to play in Boston. I’ll never forget the chills I got from the Fenway crowd singing Victorino’s Bob Marley walk up song in unison and of course his grand slam in the ALCS as he’s POUNDING his chest rounding the bases.

Man that team was fun as hell.