Saturday Night’s Alright for the Patriots 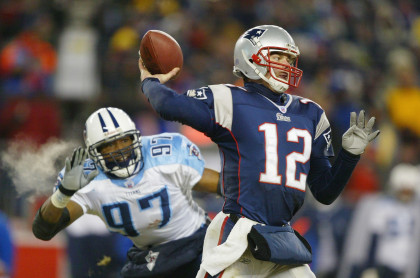 Prior to this season, the Patriots received first-round byes in 10 of their 13 playoff appearances since 2001. They have opened the playoffs at home after the bye week on a Saturday in seven out those 10 playoff runs. The Patriots won all seven of those Saturday night games. With an extra day of rest, they also went on to win the AFC Championship in five of those seven seasons. The Patriots are just 1-2 in Brady Era AFC Championship games coming after a Sunday victory in the divisional round.

The only Saturday night playoff loss for the Patriots in the Brady Era came after the 2005 season, a divisional round game in Denver. The only one-and-dones of the Brady Era – 2009 and 2010 – came when the Patriots opened the playoffs on a Sunday.

Bill Belichick would tell you the team plays when the league tells them to. A lot of fans liked the Patriots chances even before kickoff time was announced for their first playoff game. But it’s hard to look at these numbers and not want to start looking at airfare to Houston for early February. After all, the last time the Super Bowl was played in Houston the Patriots were there after opening up the playoffs on a Saturday.