Pat McAfee Will Be Making His NFL Broadcasting Debut This Weekend 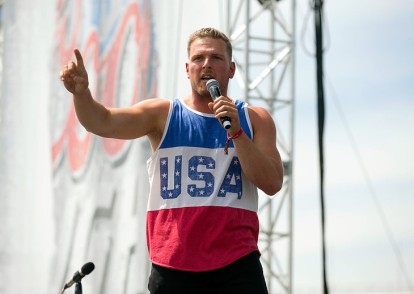 12up –  The NFL broadcast booth will have a very entertaining presence in the final week of the regular season. ​Former Indianapolis Colts punter Pat McAfee will call this Sunday’s Detroit Lions-Green Bay Packers game, the first NFL game in his broadcasting career.

I’ll be totally honest, I was not familiar with Pat McAfee aside from the infamous arrest and drunken mug shot (which he tells the story of brilliantly) before he got to Barstool Sports. The former Colts punter was not someone I expected to be looking forward to his broadcasting debut, but here we are. McAfee is a hilarious guy with a serious talent for storytelling, which obviously lends itself to not only stand up comedy, but television work like broadcasting.

After a meteoric rise at Barstool where he became a nationally known name for something beyond his bionic leg, McAfee had a sudden and bizarre breakup with the Stool. I don’t know the inner workings of what exactly happened, but nevertheless McAfee became a free agent once again and it looks like he’ll be trying his talents in the booth for now.

This @Lions/@Packers game is about to be a great time. pic.twitter.com/WLDC1H1mJh

I’m sure it goes beyond just kicking, but McAfee is known for breaking down the finer details of the punting game on Twitter from time to time so the guys clearly knows his stuff.

I will definitely be tuning in to hear McAfee during the Packers Lions game this weekend and for all you poors that don’t have Sunday Ticket, the game will be on FOX so check it out. 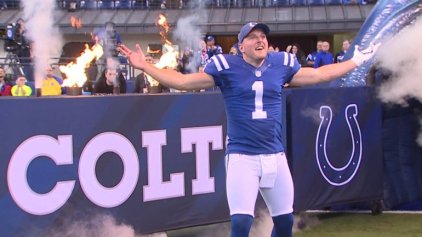