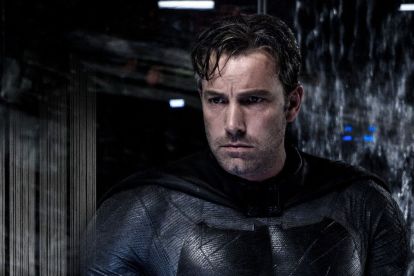 Indiewire – In a new interview on MTV’s “Happy Sad Confused” podcast, cinematographer Robert Richardson reconfirmed Affleck’s Batman script was finished and not exactly beloved by everyone involved in the film’s development. Richardson was hired by Affleck to film his Batman standalone film…

As for what Affleck’s script entailed, Richardson revealed the Batman franchise was going to Arkham Asylum to dig into Bruce Wayne’s own insanity. The cinematographer said Affleck’s film would have showed “the darker side of Batman,” which is quite the statement given how brooding Christopher Nolan’s interpretation of the superhero was in his “Dark Knight” trilogy.

“Well, [Affleck] was going more into the insanity aspects,” Richardson said. “So I think you would’ve seen something a little darker than what we’ve seen in the past and more into the individual, who was inside Batman — what element may be sane and what element may actually not be sane. So he was entering into a little more of the Arkham, as you know, he’s going into where you keep everyone who was bad, everyone that shifted and Batman. And so that whole aspect was sort of, it was very fascinating to go to the darker side of Batman.”

Give me *that* movie. What the hell Warner Bros? Its like these studios and DC Comics just cannot get out of their own way. Now I don’t want to shit on the yet to be released Robert Pattinson Batman movie because who knows it could be awesome, but this Affleck script sounds way more interesting than rebooting Batman for the third time in a decade.

It’ll be hard to ever top The Dark Knight, which for my money is arguably the greatest superhero movie ever made because it doesn’t rely on CGI and dozens of characters.

At its core The Dark Knight is a crime thriller with a heavy focus on psychology and mental health. As much as I loved Christopher Nolan and Christian Bale’s version, I really enjoyed Ben Affleck’s take on the character. He was a much angrier, morally ambiguous, jaded, and more violent version of the Batman than we’d ever seen before.

Now who knows the real story behind why the Batfleck is no more, but there was always drama around his standalone film. Maybe starring, writing, and directing was too much for Affleck or maybe he said to hell with it when he realized he didn’t actually have the creative freedom he thought he would. Either way this movie was on life support for a long time before he officially retired as the caped crusader in January. This movie sounds like it could have been incredible though. Similar to The Dark Knight‘s exploration of psychology and mental health, but taken to the next level with the physical embodiment of Arkham Asylum. Theres just so much meat on the bones and so many directions they could have went with that entire idea. I literally own The Psychology of Batman book so I may be a bit biased in my opinion, but I know for a fact that we could have seen something seriously compelling with Affleck’s script. Not even just with the criminals, but with Bruce Wayne himself. You obviously have to be pretty fucked up to lurk around city rooftops at night fighting bad guys while dressed like a BAT. The Batman movies have never really explored that too much other than the typical backstory of Bruce’s parents being murdered in front of him. Batman Begins delves into that a bit, but its more of how he became Batman whereas this could have been why.

After the flame out that was Justice League, it seems DC has decided to explore individual stories in standalone flicks that aren’t actually connected. We’ve got the upcoming Joker coming out later this year, which is already getting some early Oscar buzz, and that movie reportedly will not be connected to the larger DCEU at all. 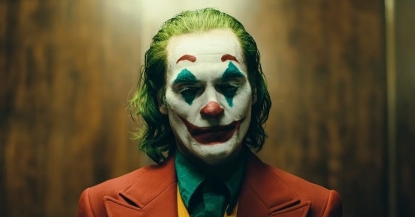 I don’t expect this Pattison Batman role to be teaming up with the Justice League any time soon either.

The problem DC always had was they were continuously rushing projects along despite poor vision/execution. They seemingly thought they could just slap together a couple of movies and catch up to Marvel despite the MCU’s painstaking, carefully laid plans. People forget that Marvel released five movies over the course of 4+ years before teaming everyone up in The Avengers. And to be honest, 3-4 of those movies kind of stunk. If The Avengers didn’t completely nail it we could have seen the MCU shuttered a LOT quicker than originally anticipated, which is why Thanos isn’t even referenced until Thor.

Whereas DC released Man of Steel in 2013, Batman vs Superman: Dawn of Justice in 2016 and then Wonder Woman in 2017, immediately followed up by Justice League five months later. World building this was not. It didn’t help that Man of Steel never even made hint of a larger world of heroes and then 3 years later it turns out Batman has been running shit for years right across a literal bay of water from Clark Kent so that always came off as a shoddy retcon. Oh and that movie made the unforgivable decision to cast Mark Zuckerberg as Lex Luther and had one of the most ridiculous convoluted plots with the dumbest turning point (which Snyder still defends) that I can remember seeing in a movie.

Batman vs Superman could have been so so good. The trailer and the visuals taken out of context from that movie are still gorgeous. Just the perception of Bruce Wayne that Superman is actually evil and he needs to destroy this god-like figure to protect the world is so intriguing.

Especially after 40 years of Superman being portrayed as this Eagle Scout who flies in to save the day. Buttt the movie itself was a microcosm of the DCEU’s overarching issues and ended up being kind of a mess.

Wonder Woman was actually pretty good and was probably the only reason Justice League faired as well as it did. Except Justice League was another disaster in terms of vision and execution. In a vacuum its fine, I watched it on a flight and it kept me entertained, but it jumps around, its dark then its humorous, the villain was terrible and forgettable, and it seemed more like a comic book artist’s wet dream than a major movie studio’s tentpole franchise. Obviously a lot of that is likely due to the film having to switch directors midway through production after the death of Zack Snyder’s daughter. Ironically enough The Avengers mastermind Joss Whedon took over, but this movie was an amalgam of bad ideas thrown together skating by on IP alone.

So I’m holding out hope that DC has seen the error of its ways (Guys, not everything has to have a connected universe) and the casting of Pattinson has potential because he’s actually been grinding away as an indie character actor for the last decade. Who knows what direction Reeves will go in, but its tough not to wonder what could have been with Affleck giving it one more go.