The 300s UFC 214 Fight Week Primers – The Curious Case of Barao vs. Sterling 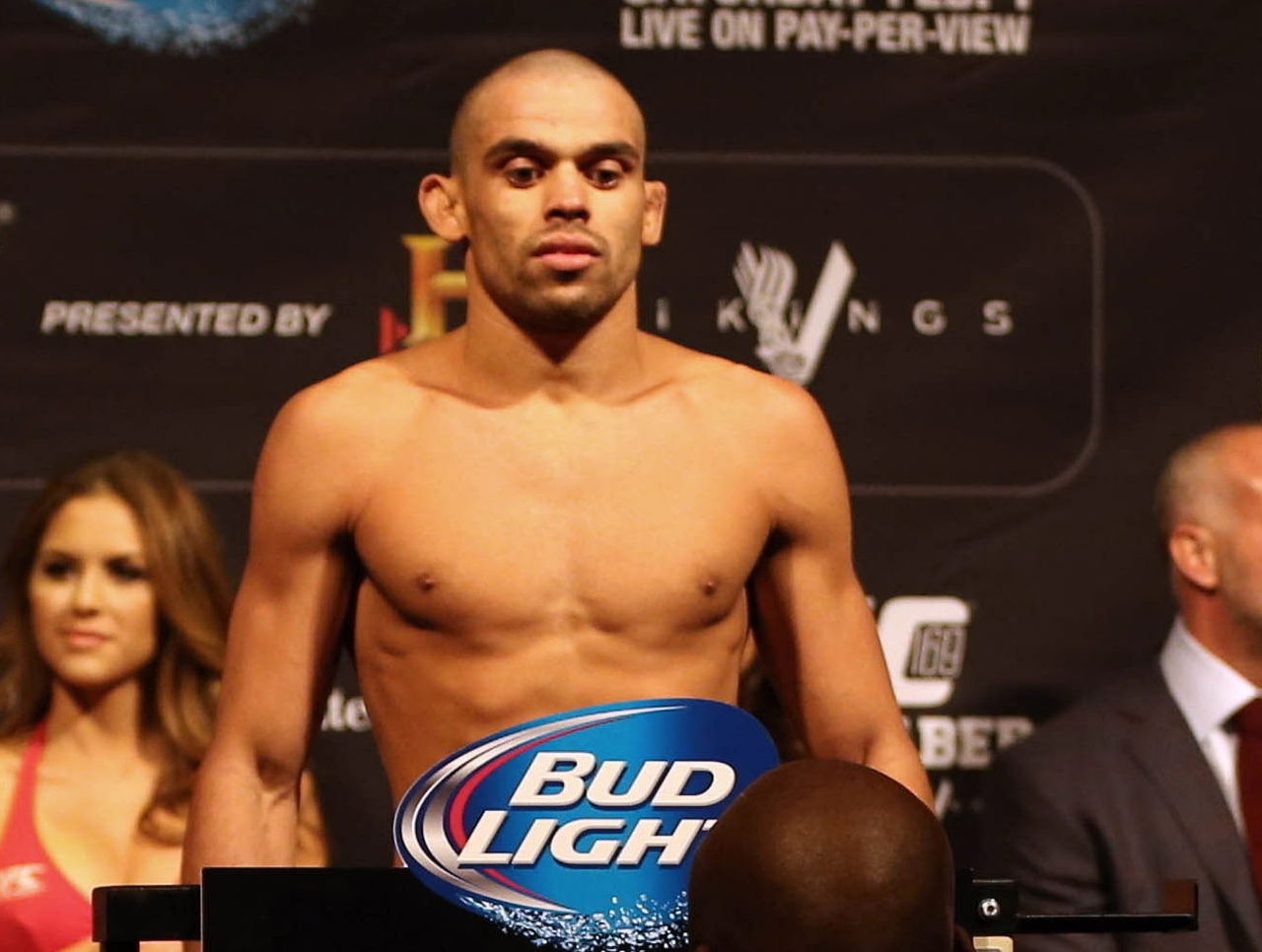 You ok my man?

As I mentioned before this card is fuckin staaAAAAaaaAAcked so I’m going to write a little about it each day (nerdgasms everywhere) and then do the usual preview Friday. Today I’m going to cover why in the 7 kingdoms two guys from the same weight class are fighting at a catch-weight.

UFC 214 in now upon us and one fight on the FXX prelims is particularly intriguing not just for the fight or fighters, although those two things are quite firestarters themselves, but for the regulations surrounding the bout.

In the second to last fight of the prelims, Aljamain Sterling faces Renan Barao in a – I hate using this word but it fits here – pivotal fight at…..not 135 pounds. We’ll get to that in a second. First our fighters.

Sterling is coming off a win over Augusto Mendes (UD) after dropping two in a row to Bryan Caraway and Rafael Assuncao, both by decision, and split decision at that. Sterling thought he won both fights, which he has a case for, particularly in the Assuncao fight. To play devil’s advocate, Sterling maybe should see this as a sign he needs to go for the finish more and not play it so safe, but either way it got bad enough that at 27 and as one of the better prospects in the division, he said he was prepared to walk away from MMA had he not got the nod over Mendes. Now that he did, he looks to take a giant leap back to contendership by besting the former champion, and, sort of, returning Barao.

As I just alluded to, Barao, almost, returns to the bantamweight division after a two fight stint at featherweight. Having gone 1-2 in his last 3 bantamweight fights, losing twice to the then-champion T.J Dillashaw, Barao decided to stop wreaking havoc on his body cutting to “35” and try 145 on for size. He saw mixed results, getting outpointed by former 155er Jeremy Stephens before taking a unanimous decision from Phillipe Nover, albeit in lackluster fashion. Not seeing the returns he was hoping, Barao decided to take his talents back to the division he did not lose in for almost a decade. There was one small hiccup awaiting him, as you may have picked up on me ominously hinting at.

UFC 214 takes place at the Honda center in Anaheim, a city located in California. California has an athletic commission, like most if not all states do (you know my opinion on research. I just know not every last area they hold fights in has one). An athletic commission is a state’s governing body over, mainly, combat sports and it’s participating competitors. Basically, they make sure every fighter follows its rules and follows them the same way. In May, California’s decided to put its money where every other state’s athletic commission’s mouth was and pass very strict regulations pertaining to weight classes and more importantly weight cutting. As I detailed in my write up on Chris Weidman (I was pretty fuckin wrong about him huh?) severely dehydrating yourself to make weight can have a very negative effect on performance. What I left out (to not distract from the story, #writing) is that it is also dangerous as all holy hell. Just check out this article on former welterweight Brian Melancon who had to retire from MMA because weight cuts basically almost shut down his kidneys. So California said no mas. Beginning, June 15th fighters had to, among other things, weigh in 30 days out from their fight to make sure they were in reasonable cutting distance from their scheduled fight weight. They also added that if you gained more than 10% of your weigh-in weight back between weigh-ins and the fight, you’d be asked very politely to move up in weight. Basically, California is no longer fucking around.

Here is we arrive at our Barao-Sterling curveball. Renan Barao has to basically kill himself to make 135. It’s well documented. He even had to pull out of his first rematch attempt with Dillashaw because he passed out standing up or something. It’s sickening to think about. Guess where that failed weight cut occurred? That’s right, the Sunshine State. So with all this documented in front of them California straight up told him they would not license or allow him to fight at 135lbs and the fight was moved to a 140lb catch-weight, with Barao’s 135lb future, at least in California, to be reviewed at a later date depending on how 140 goes.  The whole situation puts Barao’s career in a weird place as if he is never allowed to fight at 135lbs in California again he may be forced to go back to 145 for financial and promotional reasons. It also sort of puts the UFC in a pickle in terms of being at minor odds with an athletic commission, which they do not like to be as AC’s tend to band together and could make the UFC’s life harder than it needs to be.

All in all, it has made a very interesting fight matter a slight bit less as it isn’t being fought in an actual division. However that is a shitty way to look at what might be my MMA Nerd Fight of the Night come Friday. The perennial “almost” there vs. the prodigal son. It’s gonna be a fun one, as long as Barao wins his fight against the scale to get there.