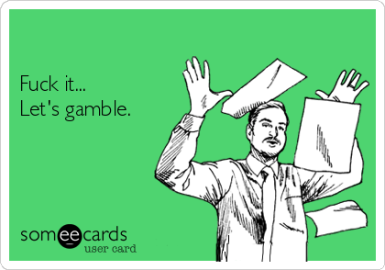 Whats that saying? Fall down 9 times, get up 10? Yea, well sometimes that applies to gambling, especially when you get your dick ripped out on the first game of the week on a backdoor cover. Rebounded nicely from our 0-5 start to finish the week at 6-9. Can’t win em all.

Bad beat of the year. I wrote a blog entirely about how badly screwed anyone who took the Rams got on this one.
Our pick: Rams to cover the (-2.5) spread…they won by 2. So thats an L. (0-1)

What an absolute abortion this game was. Those poor London fans, even when Jacksonville is good they get a shit game. Jags put the smackdown on Flacco and the Ravens, winning 44-7. Yuck.
Our pick: Ravens to cover. Thats an L. (0-2)

This is shaping up to be a disaster for gamblers everywhere. Did not see the Broncos folding like they did in this one, especially after how well Trevor Siemian had played the first two games. Bills are now tied for first place in the AFC East.
Our pick: Broncos to cover. Thats an L. (0-3)

Wrong again dickhead. Despite a 100+ yard receiving game from Christian McCaffrey, the Panthers couldn’t even put two touchdowns up as the Saints cruised to a 34-13 win. Damn.
Our pick: Panthers to cover. Thats an L. (0-4)

THIS WEDDING IS HORSESHIT. If you picked the Bears to beat the Steelers you are lying and I don’t associate with liars. Bears top Pittsburgh in OT behind Jordan Howards 34 points (on my fantasy bench).
Our pick: Steelers to cover. Thats a big L. (0-5)

Okay if the Rams game was the bad beat of the year, this is the bad beat of the century IF you bet on the Lions. Thankfully I did not because I would have smashed my TV. Lions got a walkoff TD erased by a questionable replay review and per the rules the cluck had a 10-second runoff leaving the Lions with their dick in their hands at the 1 yard line.
Our pick: Falcons to cover. Thats a W! (1-5)

Here’s what I said last week: “This is the first game the Browns have been favored to win since 2015! So tread lightly here. But I like what I saw out of rookie receiver Rashard Higgins last week (7 catches, 95 yards) and the Colts are still starting the Patriots 3rd-string QB. While it is with great trepidation, I’m taking the Browns to cover. Well guess what? The Browns did not cover. Shocking, I know. And Rashard Higgins did nothing despite being freshly inserted into my fantasy lineup. Colts won 31-28.
Our pick: Browns to cover. Thats an L. (1-6)

Westgate had no line on this game. Soo we didn’t bet it.

Patriots won 36-33, but as we predicted last week the (-13) spread was way too heavy for the Pats to cover. Here’s what I said last week: “While I told anyone and everyone to bet their house on the Pats routing the Saints last week, I’m not as confident in predicting a blowout here. The Texans defense is legit, especially upfront. And if you’ve been paying attention over the years, these are the types of teams that usually give the Pats trouble (except for last year when Brissett and co. wrecked them). But Pats also have historically struggled with mobile QBs and Deshaun Watson is that dude. So while I think the Pats win, I’m picking the Texans to cover.”
Our pick: Texans to cover. Thats a W. (2-6)

Basically every shit team won this past week, wrecking my bets across the board. The Jets throttled Smokin Jay Cutler and the Dolphins 20-6. Did not see that one coming.
Our pick: Dolphins to cover. Thats an L. (2-7)

Eagles won on a 61 yard FG as time expired, which was a goddamn BOOT. Eagles won, but only by 3 so they didn’t cover the (-6) point spread. What I said last week was “until ODB proves to me he is 100% I’m not picking the Giants because they’re just not that good without him. Plus Carson Wentz is playing well and Darren Sproles continues to be the most spry 34-year-old running back I’ve ever seen.” ODB looks to be back to his old self as he was scoring TDs and pretending to piss like a dog and I just jinxed Sproles who broke his arm AND tore his ACL on the SAME PLAY. What a disaster of a week.
Our pick: Eagles to cover. Thats an L. (2-8)

While the Seahawks seemingly are on the way back to being a solid offense again, the Titans topped them 33-27. I would like to just point out that even though I picked this game correctly, I also benched Russell Wilson on my fantasy team. And of course I lost because Dangeruss had 45 points on my bench. Goddamnit.
Our pick: Titans to cover. Thats a W. (3-8)

Nailed this one. Packers won 27-24 “The Bengals are a walking disaster right now. Andy Dalton is having the worst start of his career and Tyler Eifert is back into injury purgatory (is he hurt? is he not?) so Cincy is a tough pick. The Packers don’t look like world beaters either though with Rodgers throwing a ton of shitty passes while under duress last week. Is Green Bay (-9) points better than Cincy? I say no, I think its a closer game than that as both teams are struggling. Bengals cover.”
Our pick: Bengals to cover. Thats a W. (4-8) 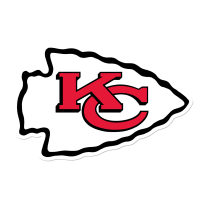 DING DING DING. I may not get em all right, but when I tell you to put big bucks down, you better be listening. “The Chiefs are rolling, put some big bucks down on them to cover this week…I think KC is one of the best bets of the week to cover.”
Our pick: Chiefs to cover. Thats a W. (5-8)

Whoops. Raiders ate a bag of dicks in this game and the R-words got back on track as they topped Oakland 27-10. What is happening in the NFL this week?
Our pick: Raiders to cover. Thats an L. (5-9) 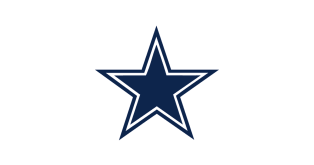 At least the Cowboys showed up in primetime to take care of business, despite a fantasy no-show from Cole Beasley, complete with hilarious response. Dak, Zeke and Dez all looked great. Money won is always sweeter than money earned.
Our pick: Cowboys cover. Thats a W. (6-9)