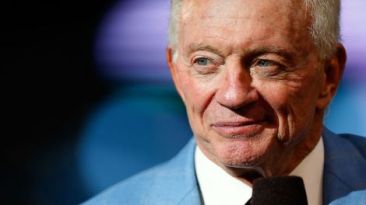 Sports Illustrated – The Dallas Cowboys have reportedly agreed to a deal to opt out of the NFL’s deal with Ticketmaster and instead work with SeatGeek as their box office, per ESPN’s Darren Rovell. The Lions opted to use a different provider back in 2013, but they moved back to Ticketmaster for the upcoming season. In November, the Saints switched to SeatGeek.

So earlier this week it came out that the NFL and Roger Goodell were demanding millions of dollars from Jerry Jones and the Cowboys to cover legal fees from Jones’ various spats with the league last season. It would seem Jerry did not appreciate that too much as he not only opted out of the league’s ticket deal with Ticketmaster, but he is also buying a 15% stake in its DIRECT COMPETITOR in SeatGeak. 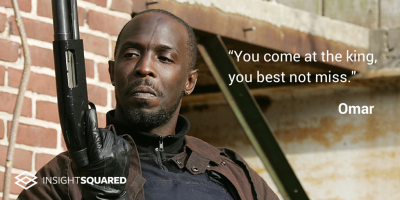 I guess this move in of itself isn’t totally unprecedented as the Lions and the Saints have kicked around the idea of separate ticket deals, but when Jerry Jones does something it makes waves. The man is a tastemaker and has been pulling shit like this for year.

“Cowboys owner Jerry Jones is no stranger to making deals outside of the league’s partners. In 1995, he made a deal with Pepsi when the league was partnered with Coke. In 2002, he opted out of the NFL’s licensing deal that split revenues equally. The Cowboys are still the only team that does this.”

Listen this singular move may not have Roger Goodell shaking in his boots, but thats why Jerry Jones is a goddamn assassin. Its not this move thats going to kill Roger, its 4 moves from now that will be the death knell. And opting out of the NFL ticket deal, besides being a power move, does two things. 1.) It sets a wicked precedent. What if Robert Kraft now wants to go with AceTicket and what if the Rooney family wants to do an exclusive deal with StubHub? What if the owners just start chipping away at the NFL’s oligarchy? The smaller share of the pie that the NFL and Roger Goodell control, the less the owners need or care who the commissioner is. The days of the $40 Million salary for the NFL commissioner could be numbered all because Roger Goodell flew too close to the sun and tried to expense his legal fees to Jerry Jones.

“The move has nothing to do with the news that Jones will have to reimburse the NFL $2 million in legal fees in his fight against commissioner Roger Goodell over Goodell’s renewal.”