Are the Patriots Thinking of Bringing in Johnny Manziel for Real? 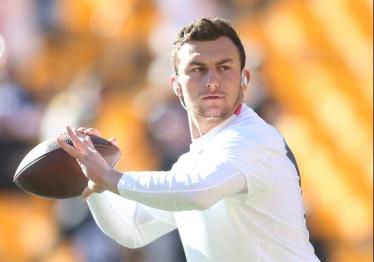 I have always lusted after Johnny Manziel; the dude just balls out. Plus I’m 5’8″ so any short mobile QB a la Doug Flutie will always get the first crack at my heart. I was actually kinda pissed the year Manziel won the Heisman because I was kind of hoping he might slip to the Patriots, but his huge year at A&M ended any hopes of that. Now as Joey B wrote about earlier today, Manziel was throwing at the USD Pro Day. To which we all said, ah thats good for him to maybe start taking some steps to get back on track, get in front of some scouts etc. But then…then… I saw this tweet.

I’m told there were 12 NFL teams in attendance for USD’s Pro Day where Johnny Manziel was throwing for receivers. The Patriots brought Manziel inside to get an official weight for him. (He’s back up to 199 lbs.)

Are the Patriots….in on Johnny Manziel?

The Patriots just happen to be in the market for a young, developmental QB after trading away Jimmy G. Who better to take the Johnny Football comeback bid and make it a reality than Bill Belichick? The Pats love to kick the tires on undervalued assets so this would be a good fit. Hell, Manziel even said he would play for free in a recent interview.

Johnny Manziel still needs to knock more rust off and get his timing down, but George Whitfield who has been training him over the last three weeks told me the juice in the QB’s arm is actually better than it was when he was coming out of A&M. https://t.co/3q0UEud0eT

Manziel is 25 so he’s young, it would seem like he’s back in football shape, and the guy has been eating humble pie for the better part of the last 2 years. Not to mention he’s playing in the Spring Developmental League and potentially the CFL just to get another shot in the NFL so he’ll have no problem holding Tom Brady’s clipboard. 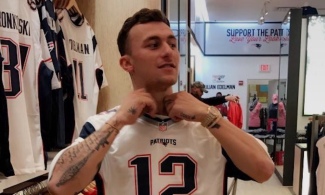