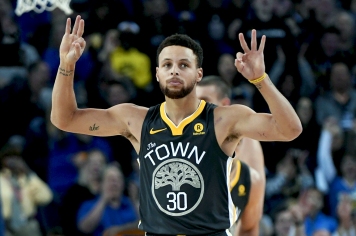 Steph Curry was putting on a show last night, hitting regular three pointers, hitting fadeaway threes, deep threes, hell he even hit a desperation three. The guy was just downright unstoppable in Game 2 finishing with 33 points. He actually set a record for three pointers made in an NBA Finals game with 9. NINE threes in a Finals game is absurd.

You know who held the record that Steph broke? Yup, Jesus Shuttlesworth himself. Ray Allen had eight three pointers and 32 points in Game 2 of the 2010 NBA Finals. Ya know the one the Celtics lost in excruciatingly painful fashion in seven games. 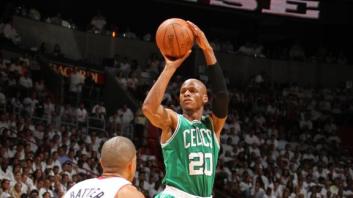 Well you hear Steph broke a record Ray Allen set while on the Celtics last night and you dreamily think oh man he was great in that series wasn’t he?

He was actually terrible in that series, shooting 37% from the field while going an abysmal 29% from 3. We’re talking about a career 40% 3 point shooter. Rajon Rondo had a better 3 point percentage in that series for christ’s sake. So yes he set an NBA Finals record that stood for almost a decade, but lets not forget the fact that he was downright awful the rest of the series.

Its ironic and cruel that the record Curry broke belonged to Ray Allen’s 8 three pointers in Game 2 of the 2010 #NBAFinals Allen would then go on to drop 2, 12, 12, 19, and 13 with FOUR THREE POINTERS TOTAL IN THE REST OF THE SERIES. #Celtics #Cavs #Warriors #NBA https://t.co/ltoNdXGzIh

After that record setting night in Game 2 with 8 threes, Ray hit only FOUR 3 pointers the rest of the series. After dropping 8 threes in Game 2, Ray dropped 4 threes in the next 5 games combined. 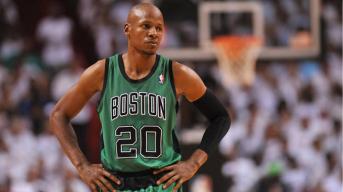 Maybe mix in a make?

So I just wanted to thank Steph Curry for reminding me of that.

This has been “The 300s Rehashing Celtics Games From 8 Years Ago.”