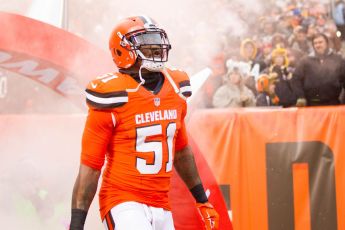 Browns Wire – “[Jamie Collins] is entering the second season of a four-year, $50 million deal signed after being acquired in a trade with New England. Collins has the seventh-highest contract at his position group. It’s a major stretch to include him as one of the 10 best at his position.

Collins ranks 19th on the list of the worst contracts for each of the 32 NFL teams. The explanation, from Jason Fitzgerald of indispensable contract tracking site Over The Cap, makes a lot of sense,

Collins is a good player, but he is not a difference-maker and does not play an expensive position. The Browns still signed him to a top-market contract, which treats Collins as if he were an elite-level player. He played only six games in 2017 and recorded just 21 tackles with one sack.”

Remember when every story written about the Patriots was focused around how they had so many budding young stars on defense that they would need to find a way to pay them all? Times have changed. Dont’a Hightower, Chandler Jones, Malcolm Butler, and Jamie Collins. Now just a couple of years later only one remains with the team. That is downright shocking. 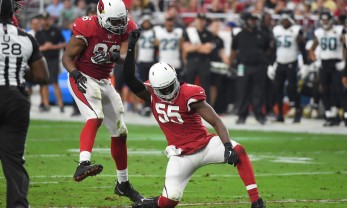 Chandler Jones has come back to bite the Patriots hard, despite his fondness for consciousness altering edibles, recording 17 sacks last year, made the Pro Bow and finished 3rd in Defensive Player of the Year voting. I always take this list with a grain of salt because its voted on by the players, but Jones was also ranked 28th in the NFL Network Top 100 Players this year. Meanwhile the Patriots had only two on the entire list, Tom Brady and Rob Gronkowski, with exactly zero on the defensive side of the ball. 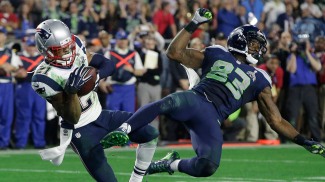 Now the effect of Malcolm Butler’s departure remains to be seen as his tenure kicked off in an absolutely legendary fashion, clinching a victory in Super Bowl XLIX. It clearly ended badly in New England though with his ultimate and baffling benching in Super Bowl LII. I love Butler, I think he’s a great player but we’ll see how he performs down in Tennessee. Unless Butler is an absolute disaster for the Titans from Day 1, there’s probably no coming back from the roasting Belichick will get for benching Butler in the Super Bowl for the rest of his life. 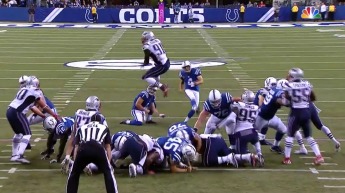 But, moving on to our old friend Jamie Collins. Jamie, Jamie, Jamie. For every move that Belichick screws up with a Chandler Jones, theres 10 Jamie Collins he ships out of town. The guy was an athletic freak, most notably jumping the offensive line and blocking a kick, as seen above, before the NFL outlawed that too. Collins fell out of favor though and famously bitched about his role on the team. Bill didn’t even blink before he shipped Collins out mid-season to the NFL purgatory that is Cleveland. That very offseason Collins got PAID by the Browns with a 4 year $50 million deal. I remember all kind of shook our heads. Sure Collins had great potential, but potential doesn’t sign the paychecks.

Well after just one year of that albatross of a contract, a year where Collins played only 6 games and had just 21 tackles, its already on the list of worst deals in the NFL.

Somewhere on the calm and icy blue waters of Nantucket Belichick smiles quietly to himself while laying out in the sun on the VII Rings. 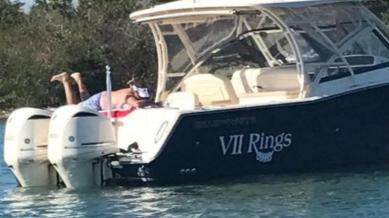