Richard Sherman is Launching His Own Daily Fantasy Sports Site 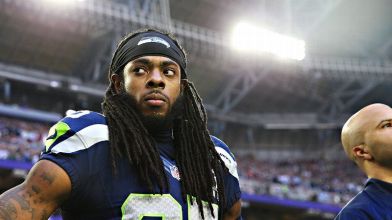 ESPN – San Francisco 49ers cornerback Richard Sherman is entering the daily fantasy sports business. Sherman announced Thursday that his new fantasy site, Daily Number, will be launching paid contests in 23 states. Sherman is the co-founder, along with CEO Tom McAuley, and will be the chief brand ambassador, appearing in an upcoming video ad campaign.

While many NFL stars have endorsed fantasy sites, Sherman is believed to be one of the first, if not the first, to have a founding stake in a fantasy game.

I don’t know if now is the best time to just be getting into the daily fantasy business if you’re a competitor, but Richard Sherman’s a smart dude so I’ll give his new venture, Daily Number, a shot.

I try not to shoot down these equity based deals athletes sign and give it a chance first. Not because of how great or not their company is, but because of the power of branding. 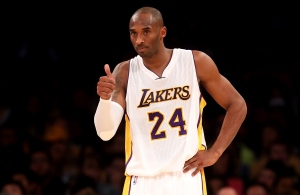 Just look at Kobe Bryant and the sports drink he invested in, BodyArmor. If you asked me what BodyArmor was a few years ago I would have had no idea. If you showed me a bottle I would have said “oh right its that bootleg sports drink they sell at gas stations.”

Well Kobe’s magic branding powers touched BodyArmor, along with his $6 million investment, and less than 5 years later that investment is worth $200 MILLION. Good for him, Kobe really needed it.

So my point is, it doesn’t matter how big the competition is, there’s always room for the new guy on the block.

“Daily Number features a unique twist on traditional fantasy, with entrants creating seven-player rosters that attempt to eclipse a predetermined total amount of fantasy points, set by the site and known as the “daily number.” Each roster is given a rating. The more superstars on a roster the lower the payout is for teams that score more points than the daily number.”

The idea behind Sherman’s daily fantasy site is that instead of picking players based on monetary values like you do with DraftKings or Fan Duel, you pick a team of 7 players. Its like a middle ground between daily fantasy and regular fantasy football leagues, which is actually kind of smart. I don’t really mess with DK too much because I feel like I’m just getting hustled by algorithms and MIT math nerds. Sherman’s venture could provide the best of both worlds and help dummies like me feel, probably incorrectly, that they have a shot at winning some cash on daily fantasy.

I can’t imagine the NFL is thrilled with one of its most prominent players being a founding member of a company thats sole purpose is to gamble on games he is actively playing in. It would be hard for a cornerback to have a huge effect on someone’s fantasy day with thousands of different lineups running all at the same time, but it sure as shit won’t be hard for someone to poke holes in it.

Either way you know the commercials for this thing is gonna be dynamite with an older Richard Sherman who gives even less of a fuck what the NFL thinks about what he says or does. So you got me Richard, I’ll try it.