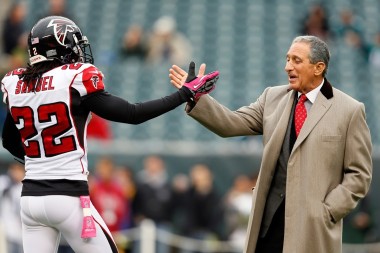 ESPN – After peeling back prices on some of their most popular items last year to unprecedented levels, the Atlanta Falcons are ready to shock the sports world again with a $5 craft beer.

The Falcons will sell the $5 craft beers at their regular-season games — starting Sept. 16 against the Panthers — and any home playoff games. The craft beer price, along with all other concession prices, will remain the same next February when Atlanta hosts Super Bowl LIII at Mercedes-Benz Stadium, despite the traditionally elevated concession prices at Super Bowls.

God bless Arthur Blank. We may have dropped years worth of 28-3 jokes on you and your franchise, but goddamn if the man doesn’t know how to please a cheap football fan.

Last year the Falcons made waves for slashing all their concessions prices to absurdly cheap levels, comparatively speaking. While having much lower prices than their peers, the Falcons are saying they did more business so it seems to be worth their while. Now they’re doubling down on that and will be selling craft beers for $5 a pop. That is insane.

When I go to games at Fenway, I go to the last beer vendor by the bleachers, which the same woman has worked at every game I’ve been to in the last decade, just so I can get the sweet sweet deal of a tallboy can for $11.50 instead of $10.50 for a 12 ounce Bud Light. 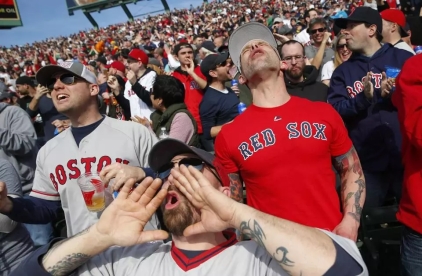 True story: I’m a huge craft beer guy. I never thought I’d turn into the beer snob, but here we are. My dad never drank anything, literally anything, other than Bud Light cans. So I was always a Bud Light guy, when I could spring for it, or some cheaper light beer like Busch when I wanted to get blind drunk for $22 bucks.

With the explosion of craft beer and breweries being the only bar I can actually bring my dog to without getting the cops called on me, I gradually started drinking more and more obscure shit.

Started with IPAs, dipped into Sours, discovered that Double and Triple IPAs are a thing and before we know it I’m three sheets to the wind off a handful of beers.

Downside to all of these mega alcoholic brews though is the fact that they are expensive as shit. College me would slap 29-year-old me in the fucking face if he witnessed what I did at the packy yesterday. Saw the brand new Nightshift Double IPA (I’m on the email list NBD) at the packy and audibly gasped when I read the price tag for a 4-pack of tallboys. 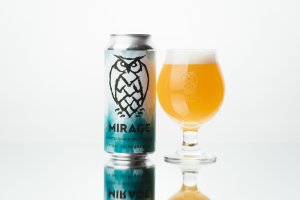 And now we sit here going through bank statements and credit card receipts wondering where all my money goes saying things like “well if I cancel Netflix and my car insurance I should be able to cover rent this month.”