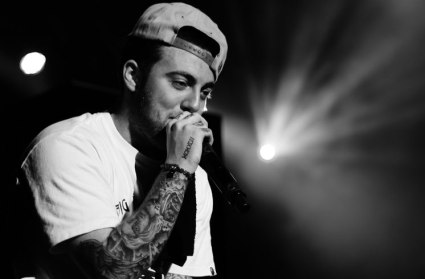 TMZ – Mac Miller died Friday of an apparent overdose … TMZ has learned. Law enforcement sources tell TMZ … Mac was found Friday at around noon at his San Fernando Valley home and was pronounced dead at the scene.

Damn…I was a Mac fan since I found that first YouTube video of his back in 2010 when I was in college.

Thats how I went down the rabbit hole and found his new, and would be biggest mixtape, Kickin’ Incredibly Dope Shit aka K.I.D.S.

Mac Miller was YEARS ahead of the game when it came to promoting his music. Especially for an up and coming guy who was nowhere close to being on the radio. He put out highly produced music videos for dozens of songs at a time when nobody was putting out music videos anymore because the bodies of MTV and TRL were still cold. But it was how I and countless others stumbled onto this teenager from Pittsburgh on the internet.

He was probably the most successful rapper of that time to usher in the “frat rap” genre, but this kid put out great music. Mac wasn’t a one hit wonder who put out one summer anthem for college kids. He was putting out all kinds of music; party anthems, songs about the underdog grinding, even some melancholy music.

His music got significantly darker the older he got though as he rapped more about the perils of money, drugs and the following drug addiction, not to mention his infamous love life with Ariana Grande. But you could tell things were weighing on him and he even looked it. He dropped Thoughts from a Balcony in 2012 and was suddenly a lot more tatted up and seemed a bit jaded by it all.

Tragically the guy seemed to be on a dark path for a while and struggled to really ever straighten it out.

“I’d rather be the corny white rapper than the drugged-out mess who can’t even get out of his house. Overdosing is just not cool. You don’t go down history bc you overdose. You just die” pic.twitter.com/GylP8GRH2Y

I vividly remember cruising around in my Mazda 3 when his first official CD, Blue Slide Park, dropped back in 2011. It was one of those hipster music moments when I guy I had listened to exclusively through YouTube, random mixtapes, and pirated singles off HotNewHipHop had finally put out an official album. We made it guys.

He did eventually find radio success with Weekend ft. Miguel, which is the first Mac Miller song I can ever remember hearing on the radio.

It currently sits at 147+ Million streams on Spotify.

I never saw Mac Miller live. I actually had planned on finally going to see his show when he came to Boston this November. Damn.

While Mac never reached the critical and commercial peak of popularity, he definitely carved out a niche of diehard fans. RIP Mac.