Ray Allen Tries to Make Good With Boston Celtics Nation Before Hall of Fame Speech, And We Should Let Him

SPRINGFIELD, Mass. — Ray Allen said his five seasons with the Boston Celtics were the “most important time in my life,” even as the fractured relationship with members of the 2007-08 title team hovers over his impending induction into the Naismith Memorial Basketball Hall of Fame.

Allen made headlines earlier this week by suggesting that he didn’t expect any members of that 2008 team to congratulate him on his induction and confirmed during an appearance on ESPN’s “The Jump” Thursday that he hadn’t heard from most of his former teammates this week.

But Allen wants Boston fans to remember what the Celtics accomplished during that Big Three era and not the bitterness that has lingered since he defected to the rival Miami Heat in 2012.

“People look at how I left, but I look at how I lived while I was [in Boston],” Allen said Thursday in a news conference after members of this year’s induction class received their Hall of Fame jackets on the eve of induction.

I’m not going to lie, I’ve been pretty torn regarding the whole situation.

(For those who don’t know the story or why Ray’s even saying stuff like this in the first place, here’s an excellent summary of the entire saga from SB Nation to get you up to speed.)

Look, I still want to love Ray so bad. From the time I first started watching the game back in the early 2000s until just about four years ago, there was NOBODY who could shoot the rock like him. That flawless, textbook form, sweet stroke, and ice-cold confidence made him one of the all-time greats, and there’s absolutely no way the Celtics put up that last banner in 2008 without him. (Also, I cannot count how many games of NBA Jam he’s single-handedly won me in my lifetime, and for that I will be forever in his debt.) 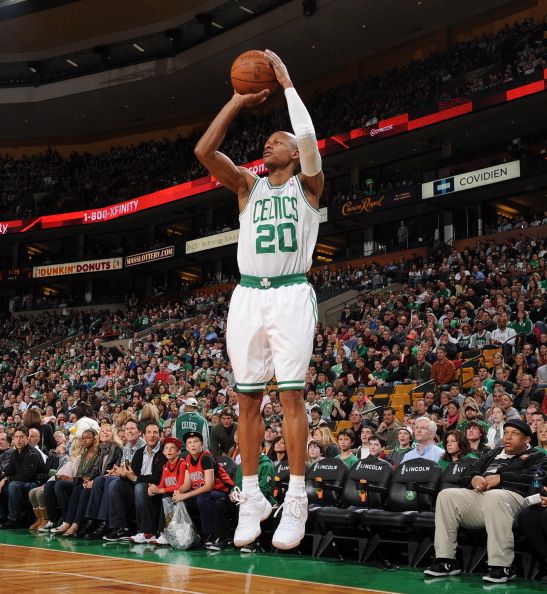 But this situation is U-G-L-Y, and to be honest it’s hard to try and defend a guy who’s basically been ostracized by pretty much every single one of his former teammates with whom he almost won two titles.

And it’s not even like he’s just being slightly criticized; he is legitimately being shunned and dragged through the mud by basically anyone and everyone who played with him in Boston.

Just take a look at this quote from Kevin Garnett from media day during training camp in 2012, only just a few months after Ray left and signed with the Heat (h/t ESPN Boston):

“I don’t have Ray’s number any more. I’m not trying to communicate. I’m just being honest with everybody in here… It’s just what it is.”

Damn. That escalated pretty quickly. And sadly, it hasn’t gotten any better since.

(K.G. later went on to say that same day that he understood if Ray was really making what he believed to be the best decision for his family and that “I wish Ray the best.” But the tone of his voice and the first part of the quote tells the true story.)

Ray ended up playing a huge role in Miami for two seasons before hanging ’em up after the 2013-14 season, which only further added to his already outstanding legacy. No but really, though, LeBron James should be thanking him for that second ring. Not only did Ray average a solid 10.3 points per game over those two seasons, but most importantly of all if Ray doesn’t hit that three with 5.2 seconds left in Game 6 of the 2013 Finals, San Antonio would’ve won the series and LeBron would be 2-7 right now on the game’s ultimate stage.

On the flip side, things didn’t go so well after Ray’s departure for some of the Celts’ other key players during that great 2007-2012 run.

K.G. and Paul Pierce were both traded to Brooklyn the very next offseason, after a season in which the Celtics were knocked out of the first round of the playoffs by the New York Knicks in six games (aka the very same year Ray won the title with Miami). WOOF. Pierce went on to have a decent year for Brooklyn in 2014, and a mediocre one in Washington after that, before fading out entirely with the Clippers. K.G. dropped off even more quickly than Pierce, as he was traded as a novelty from Brooklyn back to his roots in Minnesota in 2015 before ultimately retiring after the 2015-16 campaign.

Yeah, sure, this ultimately ended up being one of the greatest and most important trades in Celtics history. But it definitely hurt to see at the time.

No disrespect to K.G. or Pierce, two of my all-time heroes and absolute legends in their own right, but you can’t tell me there isn’t maybe just a smidge of jealousy adding fuel to the fire here.

Glen “Big Baby” Davis, fresh off his BIG3 championship title, is also no longer in the league. And Kendrick Perkins was just waived by the Cavaliers this past July after serving as nothing more than an extra body/intimidating sideline presence for the Cleveland LeBrons last season. 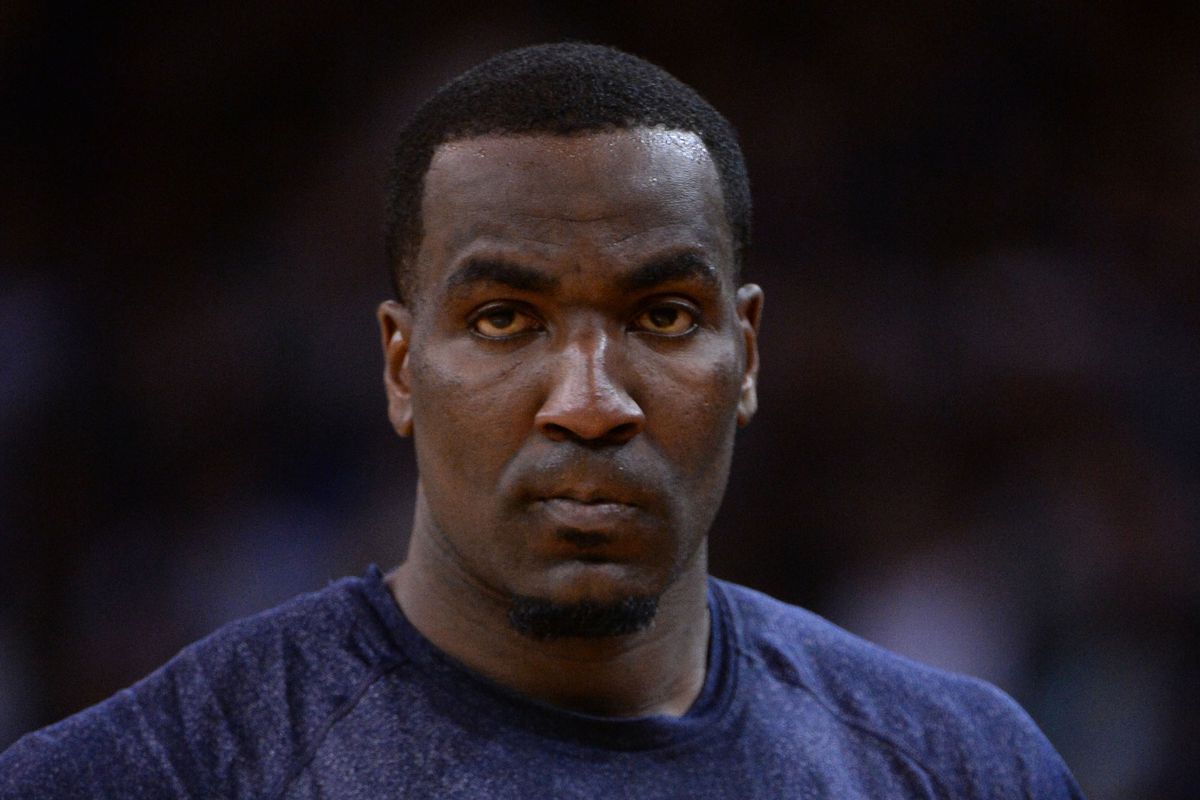 Seriously, who’s messing with that face? NO ONE.

Rajon Rondo is still kicking around. In fact, he had quite the resurgence with New Orleans last year and is set to team up with…LEBRON JAMES in Los Angeles this upcoming season. SERIOUSLY??!! Talk about hypocrisy.

To be fair, though, if you really listen to what the guys were saying about Ray, it’s about much more than the fact he simply chose to go to Miami in 2012. They all mention that it was “the way” in which he left that truly mattered, as it seems as though he just bounced without a care after what was a pretty historic epoch in basketball history. K.G., Pierce, and the guys were hurt that Ray could so easily leave them in the dust, and that I can definitely understand.

“It was a weird relationship. We were all good friends on the court, but Ray always did his own thing. That’s just the way Ray was. Even when we were playing together, we’d be having a team dinner and Ray wouldn’t show up. We’d go to his charity events but Ray wouldn’t show up to somebody else’s.”

It definitely seems as though Ray could be a bit arrogant and selfish at times, and he’s got nobody but himself to blame there. But if we’re being fair, he also felt pushed out by Avery Bradley at the end of his career with the C’s, when K.G. and Pierce were still being treated like kings. So he might not be looking at his time in Boston, especially toward the end, with the same pair of rose-colored glasses as everybody else.

(And as far as his personal drama with Rondo goes: puhhh-lease. Rondo barely gets along with himself, let alone his teammates, and he lost any credibility he had with me in this situation the second he chose to sign with the Lakers this summer. Again: hypocrite.)

Finally, the last point I’ll make is the fact that it’s tough to blame Ray for choosing to leave when he did. That offseason, K.G. was coming off two straight injury-marred seasons, Pierce was only getting older himself, and the best piece of young talent they had on the roster was trying to take his job. The writing was on the wall. Also, he had the chance to go play with a 28-year-old LeBron James and a still-in-his-prime Dwyane Wade. Which would you rather? (Also, how is what he did any different than what pretty much every superstar in the NBA has been trying to do for the past couple seasons?)

While I understand some of the reason why things went south with Ray, I really can’t believe how bad things have become. Hopefully, once K.G. and Pierce are inducted into the Hall within the next year or two the three can reunite with their swanky new jackets and let bygones be bygones.

Even if they don’t, I’m choosing to look at Ray’s time here in a positive light, and I’ll never forget that amazing 2008 season or the many fabled shots he hit throughout his career, time and time again. There is absolutely no doubt he deserves a spot in Springfield, no matter how you feel about him.

So, congratulations, Ray! You’ll always be one of the Green’s all-time greats in my book. Thanks for all the memories.

(What are your thoughts on the Ray Allen situation? Let us know in the comments below, on Facebook, or @the300sboston on Twitter )