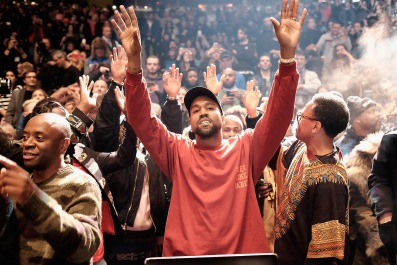 Kanye is about to take over the goddamn world again. So last night while all of us normies were sleeping Kanye dropped this tweet teasing a new album, Yandhi, for Sept. 29th.

People are going nuts because not only is it the THIRD Kanye album of the year (ye, and Kids See Ghosts), but it also looks a hell of a lot like the cover of his 2013 album, Yeezus.

Is this album from the clouds a previously unannounced sequel to Yeezus? What the hell could a Yeezus 2 even sound like? That album was one of the most batshit crazy, out of left field, insanely good albums I’ve ever heard. Papa G and I used to play that album on his Best Buy credit card financed gigantic speakers on volume level 100.

Not to mention Kanye is ALSO going to be the musical guest on Saturday Night Live that same night.

Kanye is ALSO dropping his new Yeezy Boosts this weekend. 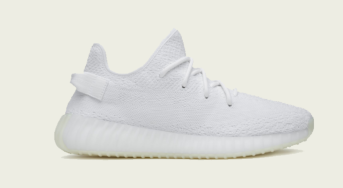 Plus he released some wonky new promo shots to tease the upcoming line of shoes as well.

He’s absolutely gone full Kanye, which is the best Kanye. Just look at his Twitter profile, cover, and most recent tweet.

Love it. Ignore the haters, Ye. Give me something thats even close to Yeezus and it will be my soundtrack for the rest of 2018. In my opinion though, nothing will ever top My Beautiful Dark Twisted Fantasy. I always said that album could be a broadway show and I’m not even kidding. Kanye pretty much did just that when he dropped a THIRTY FOUR MINUTE movie to go along with the album.