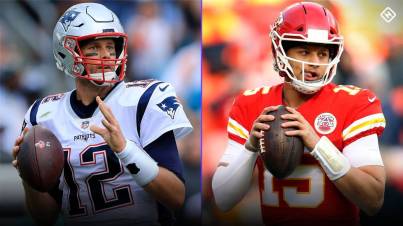 Up 14-0 and 30 mins away from their third straight Super Bowl appearance, the Patriots have come out on fire. Aside from being up by 4 touchdowns, I don’t think the Patriots could have come out to start this game any better. Just as they did against the Chargers last week, the Pats got the ball first and set the tone from the get go with a long touchdown drive. As we had discussed on The 300s Podcast the other day, we expected a big day from Sony Michel as the Pats have morphed into more of a running team than they’ve ever been before. Thats not to say there haven’t been some issues though because the Pats have dodged a couple of bullets.

Tom Brady throwing into quadruple coverage like an asshole.

Four defenders dropping back. One receiver running a route. Chuck it in there and see what happens. pic.twitter.com/jyROXdlc2s

Eric Berry barely dropped another pick that would have been an incredible play, but again Brady and the Pats dodged a bullet.

Trey Flowers CAME. TO. PLAY. – Flower has been a monster all game pressuring Patrick Mahomes all day into some bad looks. The one standout play came when Mahomes gave back 3 points by taking an absolutely ugly sack on 3rd down to take the Chiefs out of FG position (again due to Flowers’ monster half).

Trey Flowers a game changer!! Give this man an extension pic.twitter.com/owy68tK41s

The defensive front 7 as a whole has been incredible to start this game. Kyle Van Noy may be a bit of a liability in coverage, but he chased down Patrick Mahomes for a strip sack to end the half, nearly snagging another 3 spot for New England.

James White has made some *incredible* catches today (6 first downs on his first 6 touches) just a week after hauling in 15 balls against LA.

Great throw and even better catch on 3rd downpic.twitter.com/VB1pLNHVOB

The Patriots, despite all the running back-ists on sports talk radio, are establishing the shit out of the run, which is exactly what I said they would need to do in order to win this game. You’re playing one of the most explosive offenses in the league that relies on big plays from their athletic freaks so hold the ball, eat up some clock, let those KC players sit on the sideline and freeze.

PHILLIP DORSETT WITH A HUGE TOUCHDOWN. For a guy that catches just about everything thrown to him, we asked on the podcast why not throw to him more then? Well, TB12 found Dorsett for a absolutely money 29 yard touchdown in the last 30 seconds of the half.

The Chiefs just got shutout in the first half at home for the first time under Andy Reid. The Patriots look excellent as these boys can smell the Super Bowl. It is now officially Neck. Stepping. Time.