I caught some old Lil Wayne on the radio driving into work this AM and it sent me down the rabbit hole. Lil Wayne is obviously still very popular, but it’s different than how it used to be. The guy was an absolute monster with everything he touched turning to gold. Maybe it just seems that way to me because I’m washed, but seriously it’s different. 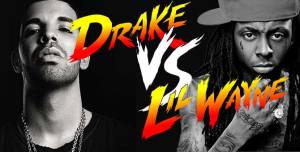 I went to the Drake vs Lil Wayne concert a couple summers ago and I was stunned at how many people didn’t know the words to LOLLIPOP. I felt like my uncle at a New Kids On the Block concert because I suddenly felt very dated. All the drunk children at that show knew nothing prior to I Am Not A Human Being and thats a shame because Lil Wayne was an absolute megastar back when I was in high school/college. I would say from 2006-2008 Lil Wayne was not only the most popular, but the most lyrically dominating artist on the planet. I think he’s tailed off hard in recent years, but you cannot deny the guy’s resume. 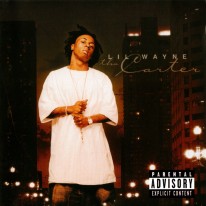 If you want to start even a little earlier in 2004 Weezy dropped Tha Carter with Go DJ being the main hit, followed up by a pretty legit feature on Destiny’s Child (holy shit I’m old) Solider. Then in 2005 he released The Carter II, which was the first Lil Wayne song I remember being a huge hit in Fireman, but also had Hustler Musik and of course Shooter (introducing Robin Thicke). In 2006 Wayne had the collab with Birdman Like Father Like Son, which was fine with the main single being Stuntin Like My Daddy.

BUT, thats when the guy absolutely took off appearing on anything and everything from features to mixtapes to albums. In late 2006 we got Dedication 2 and then in early 2007 Lil Wayne released, in my opinion, the best mixtape of all time with Da Drought 3.

Then the guy really got hot appearing on *all* of these songs:

“Despite no album release for two years, Lil Wayne appeared in numerous singles as a featured performer, including “Gimme That” by Chris Brown, “Make It Rain” by Fat Joe, “You” by Lloyd, and “We Takin’ Over” by DJ Khaled (also featuring Akon, T.I., Rick Ross, Fat Joe, and Birdman), “Duffle Bag Boy” by Playaz Circle, “Sweetest Girl (Dollar Bill)” by Wyclef Jean (also featuring Akon), and the remix to “I’m So Hood” by DJ Khaled (also featuring T-Pain, Young Jeezy, Ludacris, Busta Rhymes, Big Boi, Fat Joe, Birdman, and Rick Ross). All these singles charted within the top 20 spots on the Billboard Hot 100..Wayne also appeared on tracks from albums Getback by Little Brother, American Gangster by Jay-Z, and Graduation by Kanye West.”

That was before he even got around to releasing his own work. Released in 2008 after a delay, Tha Carter III is still one of the best rap albums of all time. 3 Peat, Mr. Carter, A Milli, Dr. Carter, Mrs. Officer, Shoot Me Down, Lollipop — all bangers more than 10 years later. 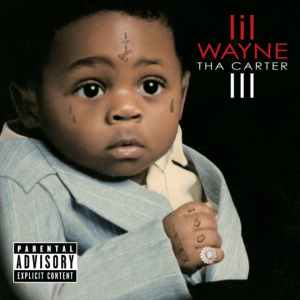 In that time span Lil Wayne won a Grammy for Best Rap Solo Performance for A Milli, Best Rap Performance by a Duo or Group for Swagga Like Us, Best Rap Song for Lollipop, and Best Rap Album for Tha Carter III.

Hard to top that stretch.