Deadline – OBB Pictures and Denver Broncos all-pro linebacker Von Miller are teaming on a half-hour animated comedy project titled Mars Martians, about the NFL’s first expansion team on Mars. Miller will voice the lead role and serve as an executive producer on the potential series, which is being written by Maxwell Theodore Vivian (The Cool Kids).

I’ve been yelling that at my TV for just under ten years now, whenever Von Miller lays out a QB or chases one into a bad decision. I don’t really know why I’ve always had an affinity for the bespectacled, pass rushing demon. I think part of it was that he looked that much more dominant and that much faster, even in real-time, than really any player I had watched before. Also part of it was that this was his college career and that he played for the Aggies, who I have always liked as they aren’t what you’d call a perennial National Title contender and had an underdog team back then that you could get behind. My fan-hood got complicated for a few years as we had a brief rivalry with Miller’s Broncos. Yes, in case you didn’t know he now terrorizes those under center to a similar degree of success as he did in college. But then Fuckhead With the Big Forehead retired, the Broncos receded to an extent, and I got to go back to rooting for Von’s personal success from afar.

And now this. What seems to be a pretty big deal (I don’t think Deadline covers bullshit) of an animated series has cast none other than Von Miller, who has shown a flair for acting/commercials in recent years. The show is about the son of an NFL legend, who, while crushed by that pressure and has underachieved to start his career, is sent to play with a gang of misfits on the NFL’s Mars (do you capitalize planets?) expansion team. Sounds sort of like “The Longest Yard” and the “The Replacements”. Either way I’m not a HUGE animation guy but shows like “Archer” and “F Is For Family” have convinced me to give these kinds of things a try.

But lets address the most important part of this endeavor. The part that will really drive the nail home for my and Von Miller’s relationship. 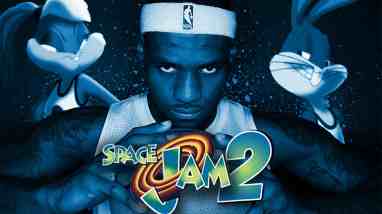 This is fucking RICH. You think you’re going to come back and fill MJ’s shoes in “Kind of Space Jam 2” when an athlete who is THREE THOUSAND times more likable is already starring in a series about playing sports in an intergalactic capacity? Do you think you’re little foray onto the big screen is going to be nearly successful when you have a show like this up and, by the time your stink bomb is being made, there are full-fledged international superstars in your sport like Giannis, Zion, etc. that would be better faces to sell it than you? Think again KING!

Hats off to Von Miller for landing this. It honestly sounds like a cool/possibly funny show. Hats off to whoever came up with it.

My hat stays on for you Mr. James.