The 300s Marvel Cinematic Rewind Presents: Guardians of the Galaxy 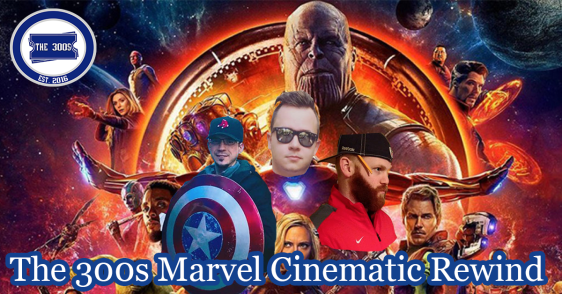 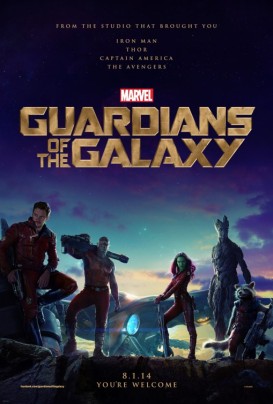 Very rarely does something just appear out of the ethos the way Guardians of the Galaxy did back in 2014. Before the Marvel Cinematic Universe really took off, I had major doubts that Iron Man could work as a film. At the time, it felt like we were reaching too far into the barrel and pulling out heroes that didn’t warrant their own movie. I mean, before knowing what we know now, the casting of Robert Downey Jr. and seeing the finished product, who the hell out there was clamoring for an Iron Man movie? I never in a million years thought we’d get beyond that surface level of superheroes, i.e. Superman, Batman, Spider-Man. Fast forward six years to the release of Guardians, which in my opinion was the exact moment comic book movies showed us what they could be if given the time and space to flourish.

Please take a look below if you’d like a bit of a refresher on the brilliance that is Guardians of the Galaxy.

So now that you’re caught up, where do I begin?

It is so rare for a virtually unheard of IP to come out of nowhere and become such a hit in pop culture. Guardians of the Galaxy did exactly that in the summer of 2014. I remember reading online years before it was released that Marvel was planning on bringing some of their lesser known heroes to the big screen. When Guardians was announced, I did some research into it because frankly I had no clue what it was even about. I remember seeing things that said the ensemble featured a talking Raccoon, a gigantic tree that only said it’s own name, and a human by the name of Peter Quill. Needless to say, I thought this movie was going to tank. “There’s absolutely no way this thing could work!” “They are getting so unbelievably desperate.” For those keeping score at home, I was completely wrong once again.

Guardians of the Galaxy felt immediate. It’s the first movie set in space since probably Star Wars where the world felt lived in and already established. The roles were brilliantly cast. I never suspected Chris Pratt could be a leading man and yet here we are several years removed and he’s one of the biggest stars in Hollywood. Rocket Raccoon and Groot went from “sounds horrible on paper” to being plastered on every toy, action figure, and coffee mug inside your local Target. And how about that damn soundtrack? James Gunn took some of the best songs from the 70s and 80s and made them the backbone of a film set in a far off galaxy and they somehow all work perfectly. The soundtrack naturally shot to #1 on the Billboard charts for several weeks.

Guardians of the Galaxy was the first movie to come along in the MCU that made me completely forget about the MCU. I suddenly stopped caring about what The Avengers were up to and wanted to see the continuing adventures of Star-lord and Company. Don’t get me wrong, I love The Avengers, but Guardians showcased exactly what comic book movies could do if they tried something different. To this day it sits in my top three in the MCU.