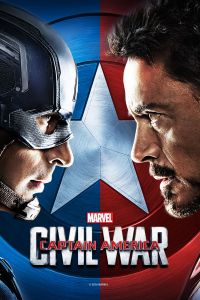 Captain America: Civil War (2016) is one of my favorite Marvel movies and I think a lot of people agree with that sentiment. My worry going back and watching Cap 3 for the first time in years was that it would just be me remembering another OK movie through rose colored glasses because of the incredible airport scene. Fear not, despite yet another convoluted villain character, this movie still kicks ass all these years later. As it should, considering this movie really made up for the disappointing Avengers 2. They should have called this movie Avengers 2.5. It also has the distinction of giving Captain America hands down the best complete trilogy in all of the MCU. Iron Man 2 and 3 leave much to be desired. Thor 2 was not great, and Guardians 3 is TBD. Now lets get to it!

It’s 1991 and Winter Solider is back. It seems like he’s being tortured by the Russians, but after a series of code words uttered wake him up you see he’s basically a brainwashed spy for the Russki’s. They send him out on a retrieval mission and he whacks someone driving a caddy and takes some blue goo from their trunk. Title card.

We cut to Scarlet Witch, Captain America, Black Widow, and Falcon scouting out a scene in Nigeria for a mission which quickly turns into an all out firefight

“Wanda, just like we practiced,” Cap says to Scarlet Witch, implying the training thats been taking place before this.

But, wait its not just some faceless mercs, it’s Crossbones who is already an established villain apparently, but someone I again had to look up to remember his story. For anyone thats forgot like me he played Brock Rumlow in Captain America 2 as a sleeper cell agent for HYDRA. Welp Crossbones tries to suicide bomb Cap, only to be temporarily stopped by Scarlet Witch, who in an effort to levitate him to safety accidentally blows up half a building.

And thats how you get the Sokovia Accords.

Tony Stark gets confronted by a woman who blames Stark for her son’s death in….you guessed it, Sokovia.

And thats how you get the Sokovia Accords.

The Secretary of State drops in on Avengers HQ to lecture the team about all the collateral damage they’ve caused with literally no repercussions.

It raises an interesting question though, what gives the Avengers the right to operate with “unlimited power and no supervision,” as the Secretary puts it?

We are introduced to Helmut Zimo, who is another HYDRA agent on a mission. Zimo is torturing another old Russian general. When he asks how Zimo found him he directly references the gigantic Wiki Leaks dump Black Widow did at the end of Winter Soldier.

This is where the split between the team members of the Avengers begins. Tony Stark the rogue “genius, billionaire, playboy, philanthropist” immediately opts to surrender his rights and sign the Sokovia Accords. This basically gives the Avengers the United Nations for a boss, which military lifer Captain America is just unwilling to do. It’s quite the role reversal we see here and drives the wedge between the team when half of them sign and half of them don’t.

Sokovia Accords ceremony gets bombed to high hell and King T’Chaka, of one Wakanda, is killed in the blast, which we will learn later leads to the introduction of another hero.

But who would bomb the Sokovia Accords? Oh well the news immediately identifies the culprit as one Bucky Barnes. That took 5 minutes, but sure. We’re then introduced to the first incident with the Sokovia Accords exposing why it’s such a pain in the ass. By not signing the document, Captain America isn’t allowed to interfere so he and his crew are officially outlaws at this point.

Cap going to help his friend out turns into Cap aiding and abetting a wanted terrorist realll quick though. He nearly gets out of it unscathed too until a goddamn Black Panther drops out of the clouds to stop them. United Nations sanctioned War Machine joins the party and congratulates Cap for now being a criminal before all three are arrested. Oh and we learn that Black Panther is in fact King T’Chaka’s son, T’Challa.

“I’m not getting that shield back am I,” Cap asks.

This movie has a lot of parallels to X-Men 3: The Last Stand. As bad as that movie was it’s how this storyline could very easily turn, with the world calling for the eradication of Mutants and the Mutants fighting back. Here we have Tony trying to stave off “something worse” than signing a document.

Hey look its Zimo who somehow works for the government and is the exact guy interrogating Bucky Barnes. K? Zimo uses an EMP to knock out all the power in the building so he can say the code words to turn Bucky back into the Russian spy he was back in 1991. But, before we get into that, maybe War Machine can explain what the hell happened with that EMP?

Bucky is in brainwashed mode yet again and nearly kills everyone before Cap is able to knock him out before he can escape. He snaps out of it and explains to Cap how he got his brain scrambled again and what these guys might be looking for exactly.

“Because I’m not the only Winter Soldier,” Bucky says as a flashback shows exactly what that Blue Goo was from the opening of the movie. A group of psychos Bucky refers to as the most elite death squad in Hydra history were also injected with that serum, but they all seem to be pretty unhinged.

Tony Stark is officially given an assignment to bring in the rogue Avengers, but without half their team, Hulk, and Thor to back them up it’s time to do a little recruiting.

We head to Queens to meet the best Peter Parker ever put on film, who Tony quickly takes a liking to and invites him to Germany for a little project. Cut to Hawkeye who’s come out of “retirement” to bust Scarlet Witch out of house arrest, which takes a little duel with Vision to do so. Black Widow recruits Black Panther and Cap hits up Agent Peggy’s niece (whom he also macks on) to get back his shield and Falcon’s  suit. And to round out the crew we got a starstruck Ant-Man meeting Cap and the rest of the rogue Avengers.

Paul Rudd should be in every one of these movies from here on out.

Tony and his crew of War Machine, Black Widow, Black Panther, Spider-Man, and Vision show up to shut that shit down. Let the Battle Royale begin.

Most of it’s all fun and games with some cheeky one liners, ya know except for Rhodes getting paralyzed. Other than that though, it’s all a pretty good time before Cap and Bucky escape and head to Russia to figure out WTF is going on. HYDRA winter soldier death squad, sleeper cell evil scientists?

The rest of Cap’s crew is on lockdown in the “max security underwater super pokey” as Tony describes it. He seems to be realizing this whole Sakovia Accords thing may have been a bad idea.

Tony learns of Zemo and with a tip from Falcon heads to Berlin, which don’t ya know is exactly where Bucky and Cap are headed. Zemo finds the old HYDRA lab in Berlin and locates the other winter soldiers saved on ice.

In a change of heart Tony realizes what Cap has been trying to do this whole time and joins forces with him.

Now this is where this movie gets weird. We finally see those other winter soldiers, but Zemo has already killed them all? So this whole thing was all a ploy to get the Avengers here? Bombing the UN, framing Bucky Barnes, killing innocent people for what?

“An empire toppled by its enemies can be rebuilt, but one that crumbles from within, thats dead forever,” Zemo says.

Zemo plays the security cam footage of Tony Stark’s parents not actually dying in a car crash, but getting straight up murdered by Bucky Barnes all those years ago. And it turns out Captain America knew the whole time.

Welp, there goes Tony’s renewed alliance with Cap and Buck. Blind with rage Tony will stop at nothing to kill Bucky now, even if it means going through Cap. After some serious hand to hand combat, it seems like Iron Man is in some deep shit, but with a blast from his goddamn chest piece Tony blows off Bucky’s metal arm.

Turns out Zemo’s family was killed in the shitshow that was Sokovia. Knowing he couldn’t kill the Avengers himself, he plotted to have them destroy each other. Black Panther apprehends Zemo before he can kill himself meanwhile Cap and Ton continue to beat the hell out of each other. Cap gets the upperhand and Tony drops a real heart wrenching quote that forces him to leave his shield.

Captain America goes full rogue and busts his half of the Avengers out of super max prison and leaves Tony with a promise, and a flip phone, that if he ever needs him he’ll be there.

Mid credits scene: Cap and Bucky are in Wakanda as Bucky decides being frozen once again is the best thing for everyone until they can figure out whats up. Oh and these guys have quite the technology don’t they?

This movie absolutely holds up and is one of the best of the entire MCU. It doesn’t really advance the overall plot of the Infinity Stones or the impending threat from Thanos, but this is a popcorn flick to beat all popcorn flicks. Captain America: Civil War is like when you finally get to open all your presents on Christmas Day and play with all your toys at once.