Eater – Celebrity chef, custodian of Flavortown, and bleached hair maven Guy Fieri will at long last have a restaurant of his very own in Boston. Teaming up with Boston’s Big Night Entertainment Group (BNEG), the vibrant culinary personality will open Guy Fieri’s Tequila Cocina in the Hub on Causeway, a new development chock full of retail, office, hotel, and residential space adjoining TD Garden.

I don’t know when Guy Fieri became the Nickelback of celebrity chefs but at some point it became popular to dump on him and I just don’t get it. Sure he has obnoxiously bleach blonde hair and talks like a dude on his 3rd can of Monster Energy before lunch, but Guy Fieri gives zero fucks what anyone thinks about him. Gotta respect that.

Plus he seems like a genuinely good dude who is always getting love from major professional athletes, which always makes me laugh just because of how random it seems. 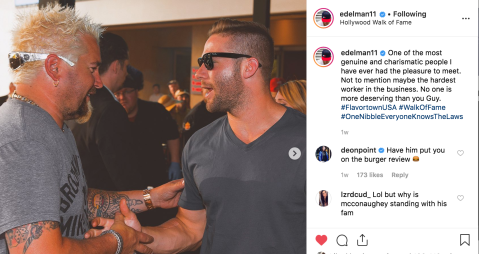 The No. 1 show on my hungover binge on the couch after a night of boozing power rankings will always be Bar Rescue, but Diners, Drive-Ins, and Dives is a close second. It’s like the Phantom Gourmet, but with ATTITUDE. Seriously though, I love watching Guy stuff his face at random hole in the wall restaurants and introduce his pallet to Flavor Town. 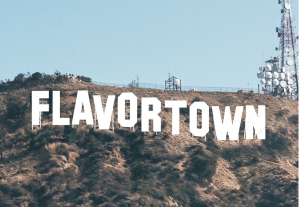 PS – I was up at the Smuttynose brewery in New Hampshire a couple of weeks ago and saw an absolute hall of fame shirt on a couple of nerdy looking gentlemen. Their shirts simply read: