Over the last month, PawSox officials have begun to reveal what that exactly could mean.

Rea says they’re currently “knee deep” in the planning efforts for the future home of the Red Sox Triple-A affiliate, who will begin playing in Worcester in 2021. The team announced the move last August, along with plans to build a 10,000-seat stadium in Worcester’s Canal District as part of a development project that includes restaurants, apartments, and a hotel overlooking the ballpark…

“We want people to be able to have Coors and Miller and Bud, but also have the local flare that I think the Worcester and Central Mass. area is becoming known for,” Rea said.

Larry Lucchino is most famous for three things: 1.) Designing the beautiful Camden Yards ballpark in Baltimore 2.) Leading the revival and renovations of the modern day Fenway Park and 3.) Running Theo Epstein out of town over a pissing contest. Obviously No. 3 is not ideal, but No. 1 and No. 2 are great legacies, which is why I have faith in Larry building something awesome in Worcester.

At first glance Polar Park seems like just another licensing rights sell out that means nothing. Whether intentional or not, it actually works really well because (at least for the Pawtucket Red Sox) the Triple-A team’s mascot currently is…

Yup, a polar bear. Or “Osos Polares de Pawtucket” if you happened to grab the fire flames hispanic themed hat like myself. 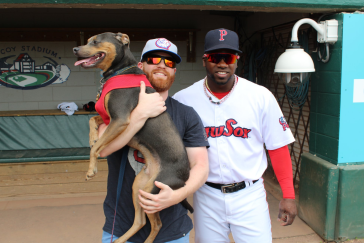 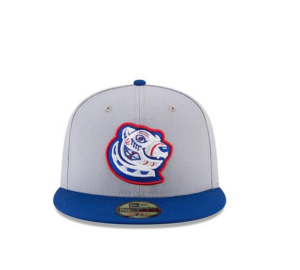 Larry’s even brought in the same architects to design the new park that have been leading the Fenway renovations for the last two decades. 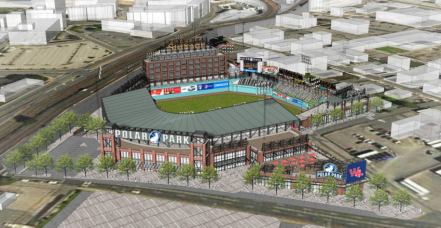 It sounds like they’re being pretty creative with the entrances too, which is great not only for designing a unique experience but also helps with the bottle neck problem so many parks have.

Similar to Fenway, team officials are planning to have entrances all around Polar Park, so that fans can enter from different angles and the “full circumference of the venue is busy and activated,” Rea said. The park will also be built into a hill. So while fans entering the home-plate side on Madison Street would come in on street level, those coming from the direction of Worcester’s lively Green Street restaurant and bar scene would actually walk down into the stadium from center and right field (think Baltimore’s Camden Yards with a Jersey Street-type scene above the outfield seats).

I can’t tell you how many times theres been a massive line at Fenway right when you cross over the bridge to only just bomb down around to the Ted Williams statue and just double back to save a few minutes. 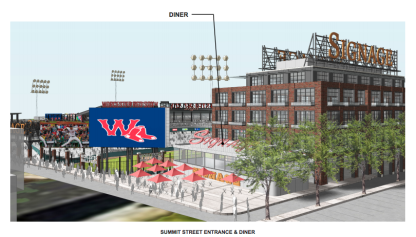 Fenway-esque architecture? Hell if I know what that means. I would think as the Triple-A team you would want players to get used to the same dimensions that the parent club is using in their home ballpark so that would make sense, but who knows.

Anddd its gonna be pricey!

According to the Worcester Business Journal, it will be the fourth-most expensive minor league park ever built when adjusted for inflation.

“We want a ballpark that has Fenway charm, but with the modern amenities that you expect from a 21st century ballpark,” Rea said.

The “flexible seating and social areas” are a great idea because sometimes you just want to grab a sausage and a couple beers and shoot the shit with your buds.

Around 7,200 to 7,500 of the park’s 10,000-person capacity will be traditional, fixed ballpark seats, Steinberg said at a fan preview night in Pawtucket last month. The rest will be flexible seating and social areas catering toward younger fans and families. Rea thinks such gathering spaces will be key for attracting students from the 13 colleges in the Worcester area, who have reportedly complained about not having anywhere to mingle with each other.

I’ve done this at plenty of Sox games when I stumble onto $10 tickets and its a blowout. The roof deck down the first base line is one of my favorite spots in Fenway. It also reminds me of the open local brewery and picnic table areas I raved about in our Portland SeaDogs ballpark review.

We’ll be heading back to Portland in August for another SeaDogs game and I’ll probably hit Pawtucket again for the seasons over. Needless to say I am a huge fan of minor league ballparks, whether its Pawtucket or Portland or the NH Fisher Cats or even some Brockton Rox games back in the day. Still need to make it to the Hartford Yard Goats who apparently have a sick brand new stadium downtown, but I will 100% be checking out the Worcester stadium once the PawSox move their in 2021.

Until then, please please just don’t ruin the team name with some gimmicky mascot. As Frank Lucas once said, “thats a brand name.”