Someone Planted Cannabis Flowers On the State House Front Lawn 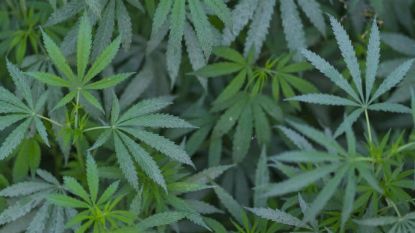 WCVB – Vermont’s Capitol Police have quite the mystery on their hands after a visitor pointed out a possible cannabis plant growing in the flower beds on the front lawn.

An officer inspected the lawn on Monday and found what is believed to be either a hemp or marijuana plant. Chief Matthew Romei said they found 34 immature plants that are too young to differentiate.

“It’s legal to cultivate but there are limits on where you can do it, and the statehouse flower beds certainly aren’t one of those permissible sights,” Romei said. “If there is a typical Vermont story this is probably it.”

As a proud contrarian I can respect the hell out of this move. An A+ troll job by whatever cannabis enthusiast planted these seeds on the State House front lawn. Vermont seems pretty chill about everything too as they legalized medicinal marijuana way back in 2004 (it took Massachusetts until 2012) so I’m not sure if they’ll even bother to remove the plants or just let nature do its work.

Further lab testing would be needed to figure out what the plants are, but Romei says the department has no plans to test them because it isn’t pursuing a criminal case.

Good for you Vermont. Take notes, every other governing body in the country. This was a cheeky prank, not some underworld attempt to slide the devil’s lettuce into the hands of an unsuspecting youth. Planting weed mere feet from where stuffy politicians write and pass laws every day is just funny. Nothing more nothing less.