The First Game of Thrones Prequel Got Axed, But “House of the Dragon” Was Greenlit 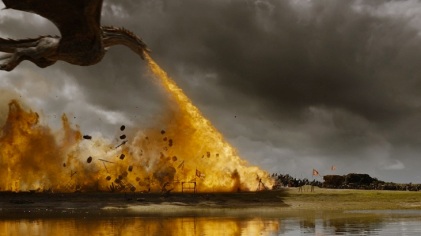 IGN – Game of Thrones’ planned prequel series is no longer going forward at HBO.
After a pilot for the Naomi Watts-starring series was filmed earlier this year, the network has opted not to move forward with the untitled Game of Thrones spinoff..Set 5,000 years before the events of Game of Thrones, the prequel would have explored the Age of Heroes and likely key historical figures like Bran the Builder — but, notably, wouldn’t feature the Targargyens. Martin had said that while the Starks and direwolves will be featured in the show, it would be a different Westeros than what fans are used to.

The Game Of Thrones universe really has taken a lot of blows over the last 6 months. Yesterday we got news of David Benioff and DB Weiss getting 86’d from Star Wars and now HBO isn’t picking up The Long Night prequel series despite already shooting a pilot.

To be honest a prequel starring Naomi Watts and focusing on characters like Bran the Builder, pre-Targaryens, pre-White Walkers, pre-7 kingdoms didn’t really sound all that interesting. Well, it looks like HBO agreed.

However I am a schill for anything Thrones related so I will watch anything and everything they put out. It would be interesting to see the buildup to the first appearance of the White Walkers and hopefully get some actual meat on the bones around their origin. If you recall this scene from Season 1, Old Nan tells Bran a story about The Long Night, which took place thousands of years before the Game of Thrones we know and love.

A lot of Thrones news has broken this week, including Benioff and Weiss deciding to leave (i.e. got fired) the next Star Wars trilogy they were hired to develop. Benioff and Weiss basically admitted in a recent Q&A not even understanding the GoT characters until they were *forced* to write more scenes due to contractual obligations.

Who admits that?? Seriously, just look at some of the exchanges these two gave.

Two months before the pilot was to air, the episodes were averaging 39 minutes and HBO made then write and film 100 minutes of scenes to meet their contractual obligations. For example, they added a scene with Robert and Cersei – and realized that there was no scene with them.

Dan is saying that he let the actors redefined the roles, esp Maisie and they began writing for the actors, it is like the actor moved into the “house” and redecorated. He said he learned about the characters from the actors.

I understand its supposed to be self deprecating and tweets don’t convey tone and context, which can mean a lot, but these guys are basically confirming what every one of their critics has been hammering them on since Season 8 ended.

It would seem like the next best bet of seeing Thrones on your TV any time in the near future would be HBO picking up the script for George RR Martin’s Targaryen prequel “Fire and Blood,” which takes place hundreds of years before Thrones and focuses on how the Targaryen dynasty came to be.

#HouseOfTheDragon, a #GameofThrones prequel is coming to @HBO.

The series is co-created by @GRRMSpeaking and Ryan Condal. Miguel Sapochnik will partner with Condal as showrunner and will direct the pilot and additional episodes. Condal will be writing the series. pic.twitter.com/9ttMzElgXm

Thankfully, Miguel Sapochnik is attached as executive producer and director which is great news since he directed some of the best Thrones episodes ever. Sapochnik directed Battle of the Bastards (which won an Emmy), Hardhome (wildlings battle with White Walkers), Winds of Winter (Cersei blowing up the Sept), as well as Season 8 eps The Long Night (battle with the White Walkers at Winterfell) and The Bells (Khaleesi destroying Kings Landing).

Yes House of the Dragon is based on the prequel Martin wrote while he was too busy to finish writing the main books that would have saved the TV show. Benioff and Weiss got exposed badly in the last 2 seasons once the play by play directions (and dialogue) from Martin were no longer there. The internet mob has already played judge, jury, and executioner with Benioff and Weiss earning all the blame for the meh Season 8. But Martin should get just as much blame, especially after working with those two guys for a decade. He knew what they were and what they weren’t actually creating and he probably knew the show would take a hit once his playbook wasn’t there for them to lean on. So he decided to write a 736 page history of the Targaryens instead of finishing the only important Game of Thrones story.

What the fuck man?

Thats negligent malpractice on Martin’s part so that final Game of Thrones novel better be the best goddamn book since the Bible.

PS – I know its too closely tied to the show that literally just ended, but give me a mini-series of Robert’s Rebellion and I would watch the shit out of that. Everyone already knows the key characters so you don’t need to spend years building it up. Get in, get out, make a billion dollars. 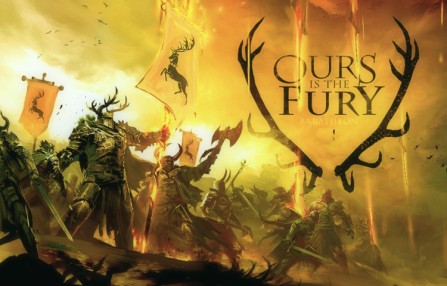