The obvious question here and one that Red immediately brought up IS the fact that we are not remotely close to being in Q2. And that is true, we are not in Q2….of the year. We are however in our second set of three months of quarantine. Our second quarter-year stuck mostly inside lest we infect ourselves and those around us with the virus named after Dom Toretto’s favorite beverage.

The problem with where a lot of us are at in life and in quarantine is that the obvious choices and nominations for our binging pleasure have indeed been binged. There are fears out there that we may even run out of T.V. That is why, spoiler alert, streaming services are already resorting to throwing the metaphorical spaghetti against the wall in the form of uploading shows from other English speaking areas of the world such as the UK and Australia. They are also banking, with some success, that we’ve expanded our horizons enough to have the patience to deal with either dubs or subtitles and have pushed foreign shows to our monolingual asses.

These and a few others make up my second hack at aggregating what’s out there for your viewing pleasure. Enjoy.

I may have noted in the past that FOTB Patty Blackouts has television tastes that run between police procedurals and the shittiest of reality T.V (Below Deck is his Sopranos). So needless to say I myself was shocked when I was able to hook him into this one. In Marcella, the titular character is drawn back onto the police force to hunt down a serial killer who has returned, despite the fact that her personal life is falling apart and she herself is in the throes of a perpetual psychotic break. If you like “The Girl With the Dragon Tattoo” you’ll like the familiar Nordic noir feel of this one, set in England and the UK aboard. 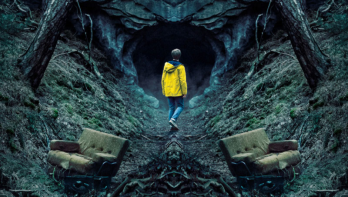 Grenga: Dark is a highly binge-able Sci-FI show, assuming you can get past the dubbing. It’s a mysterious ride through time that centers on 4 families in a small German town that is also home to a nuclear power plant. The first season is definitely confusing, but once you start to connect a few dots you can’t help but watch more. I haven’t finished the third season yet, but so far the show has lived up to it’s 95% Rotten Tomatoes rating. 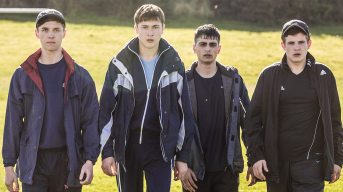 Hulu decided to just blatantly stage a British invasion of their platform, almost admitting they were running out of shit to promote. Ladhood might be the best of the bunch. In this interesting take of a coming of age tale, emotionally stunted, early-30’s Londoner Liam is probably a little more broken than he cares to admit (sound familiar). He tries to determine how this came to be by visiting scenes from his teenage years in Northern England, taking part as an audience member unseen by his younger self or friends as well as breaking the fourth wall to try and provide context. While it didn’t quite live up to what I wanted it to be it was a cool idea and definitely worth a watch. Here’s hoping for more seasons post-rona.

We come back to Massachusetts for this round of attempted Boston accents and a fresh take on the opioid epidemic. Based on the Cape with a specific interest in Provincetown, Hightown centers on Jackie, a “fish cop” (National Marine Fishery Services Agent) who wants to have her cake and eat (snort) it too, enjoying all the carnal pleasures of living in PTown, New England’s gay capital, while investigating a murder off the books. Her moonlighting intersects with and gets in the way of an annoyed Statie Detective, Ray, whose not totally legit investigation into a drug trafficking ring is related to Jackie’s own search. 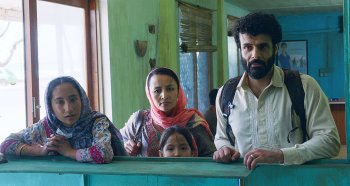 Fuck. A. Duck. Not only did I not see this one coming but when it arrived I did not expect to care. But here we are. This emotional, perfectly acted, gripping miniseries follows four separate but intertwined characters at an Australian detention center for refugees – an Aussie who thanks to a cult causing a psychotic break thinks she’s German; a guard who took the well-paying, government funded job with the center’s contractor to give his family a better life; a bureaucrat who is trying to keep the center’s as well as the refugee detention policy’s reputation above water, and an Afghan refugee desperate to give himself and his missing family the life he dreams for them. You can only imagine.

Red: I’ll have a full blog about this later as I just finished season 1, but The Umbrella Academy is a quarantine must watch for anyone who’s into sci-fi, graphic novels, time travel, and just generally weird shows. You definitely have to kind of go with it in this show since it really leans into the weirdness, but hey that’s to be expected when you base a show off a comic written by the lead singer from My Chemical Romance.

First things first from what I understand if you have HBO you probably have HBO Max for free although the Home Box Office has done a terrible fuckin job rolling this thing out. Anyway, I won’t try and lie, I’ve never watched Gomorrah. But I’ve been told it’s actually one of the best shows out there and I saw recently it was ranked the #5 foreign show of the decade. By the New York Times maybe? Anyway here’s the wikipedia rundown:

“Set in the suburbs of Naples, Italy, the crime drama goes inside the Camorra, a fierce Neapolitan crime organization led by Pietro Savastano. The story is told through the eyes of Don Pietro’s right-hand man, Ciro Di Marzio, whose faith in the family is tested when he realizes how far Don Pietro is willing to go to keep his power.“

“F” Is For Family – Netflix

This serves as more of a reminder that a new season of Bill Burr’s hilarious cartoon dropped during quarantine. The lightly-autobiographical tale of a working class family in the 70’s remains absolutely hysterical, something we all need right now.