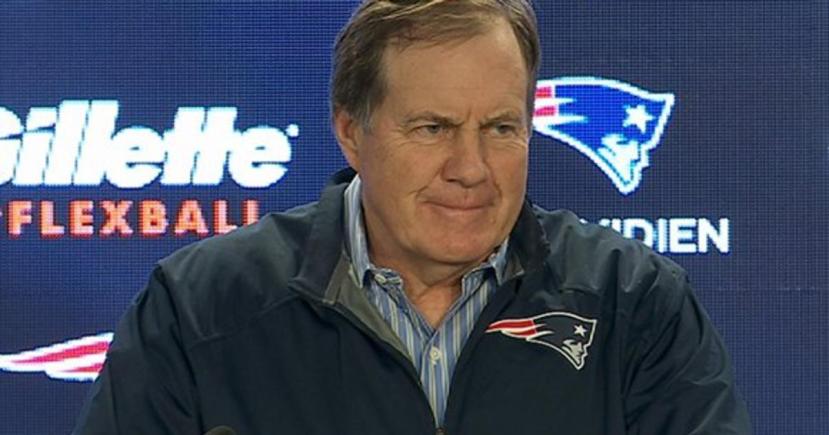 ESPN – “One agent whose free-agent client recently had a workout with the Patriots shared the following: When word of the player’s visit to New England had become public, four teams called that day to express some level of interest. Up to that point, interest in the player around the league had been dormant … this was one example of how their actions can sometimes spark movement from other clubs who are more likely to be reactive than proactive.”

For a second I thought this was a Jerry Thornton article, and Mike Reiss is a pretty straight shooter so this is not a pro-Patriots puff piece. These stories continue to come out about how the Patriots are just smarter than everyone else. Whether that’s actually even true or not doesn’t really matter because perception is reality my friends.

When fans say it, it comes off as “arrogant” and “cocky,” but when legit reporters are writing about how other teams are dialing up prospects they’ve never even heard of simply because Belichick and co. took a look at them, that is gold. Knowing Belichick this could very easily just be smoke and mirrors. He could probably make teams think the next stud NFL QB is going to come from a triple-option offense out of Navy.

Don’t fool yourselves, for as much as execs around the league bitch and moan every time the Pats do something new (looking at you John Harbaugh), they all take notes and do everything they can to replicate the Pats (again; looking at you John Harbaugh). That’s why the Belichick Coaching Tree, no matter how many former BB assistants fail to survive on their own, will never dry up as long as Bill is still coaching. Just keep throwing darts and hope that you stumble onto the next Belichick. Hell I wouldn’t be surprised if Steve Belichick gets an offer sheet for a head coaching gig next offseason.