The New York Giants Will Start Geno Smith Over Eli Manning at QB This Week. BAHAHAHA 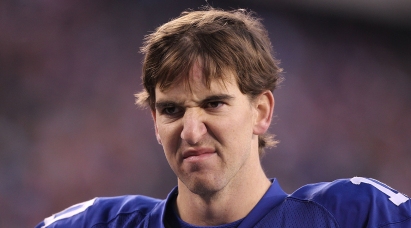 Giants.com – Coach Ben McAdoo announced today that Geno Smith will start in place of Eli Manning when the Giants face the Raiders in Oakland on Sunday. Rookie Davis Webb will also play, if not this week, then sometime before the end of the season. “Geno will start this week,” McAdoo said. “Over the last five games, we will take a look at Geno, and we will also give Davis an opportunity.” Manning has started 210 consecutive regular-season games, the second-longest streak by a quarterback in NFL history, behind Brett Favre’s 297. He has started every Giants game since Nov. 21, 2004, when he took over for veteran Kurt Warner in the 10th game of his rookie season. Manning has also started 12 postseason games, and twice led the Giants to Super Bowl victories.

BAHAHAHA! What a sad, confused little franchise. Sure, Eli Manning sucks. I’ll be the first one to say that, but benching him in favor of GENO SMITH? Its not like he’s some rookie who could be good, no its Geno Smith. We all KNOW that guy sucks.

The man with the sterling career completion percentage of 57.7% The man with a career 28/36 TD to INT ratio? Thats the guy you turn the reigns over to? Man, Ben McAdoo is fucked in the head. Its like Costanza just doing everything he can intentionally trying to get fired.

But seriously though, Geno Smith played on the same exact fucking field as you guys for four years. Literally nobody aside from Todd Bowles has seen more of Geno than the Giants. But, yea lets throw that guy in there and really piss *everyone* off. Eli may not be Peyton, but the Giants have a whole shit ton of problems bigger than the QB play. Like having 19 guys on IR. Not to mention, most of the Giants fans I know love Eli because he, ya know, won two Super Bowls. How does McAdoo handle that situation?

Manning was given the option of starting against the Raiders to keep the streak alive, but declined. “Coach McAdoo told me I could continue to start while Geno and Davis are given an opportunity to play,” Manning said. “My feeling is that if you are going to play the other guys, play them. Starting just to keep the streak going and knowing you won’t finish the game and have a chance to win it is pointless to me, and it tarnishes the streak.

Benches the best QB in Giants history and then offers to keep his consecutive starts streak alive by having him take the first series and then mixing in Geno and 3rd stringer Davis Webb like its fucking Texas Tech. Props to Eli for basically telling Benny Mac to go piss up a rope.

Yes, the Giants beat us in the Super Bowl (twice), but again I find myself saying thank god I am a Patriots fan as we march towards Minneapolis and Super Bowl title No. 6. 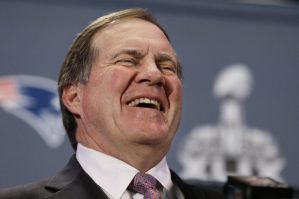