Last night, Kyrie Irving uttered the words Celtics fans have longed to hear: “I plan on re-signing here next year.”

At a season-ticket-holders-only event at the TD Garden on Thursday night, Kyrie flat-out told the crowd that, if we’ll have him back, he plans on re-upping with the Celtics next summer:

“If you guys will have me back, I plan on re-signing here.” – @KyrieIrving pic.twitter.com/0wDLzuv5WL

Obviously, that should be music to the ears of any fan of the Green. But let’s not get ahead of ourselves just yet.

How many times have we heard similar “promises” issued by other NBA stars, only to watch them pull the rug right out from underneath their loyal, naive fans’ feet?

Remember when LeBron made his triumphant return to Cleveland in 2014 and adamantly stated that he would never, ever leave his precious home state again? He just “didn’t have the energy” to even fathom making another move, and he was going to be a Cavalier FOR LIFE. No ifs, ands, or buts about it! 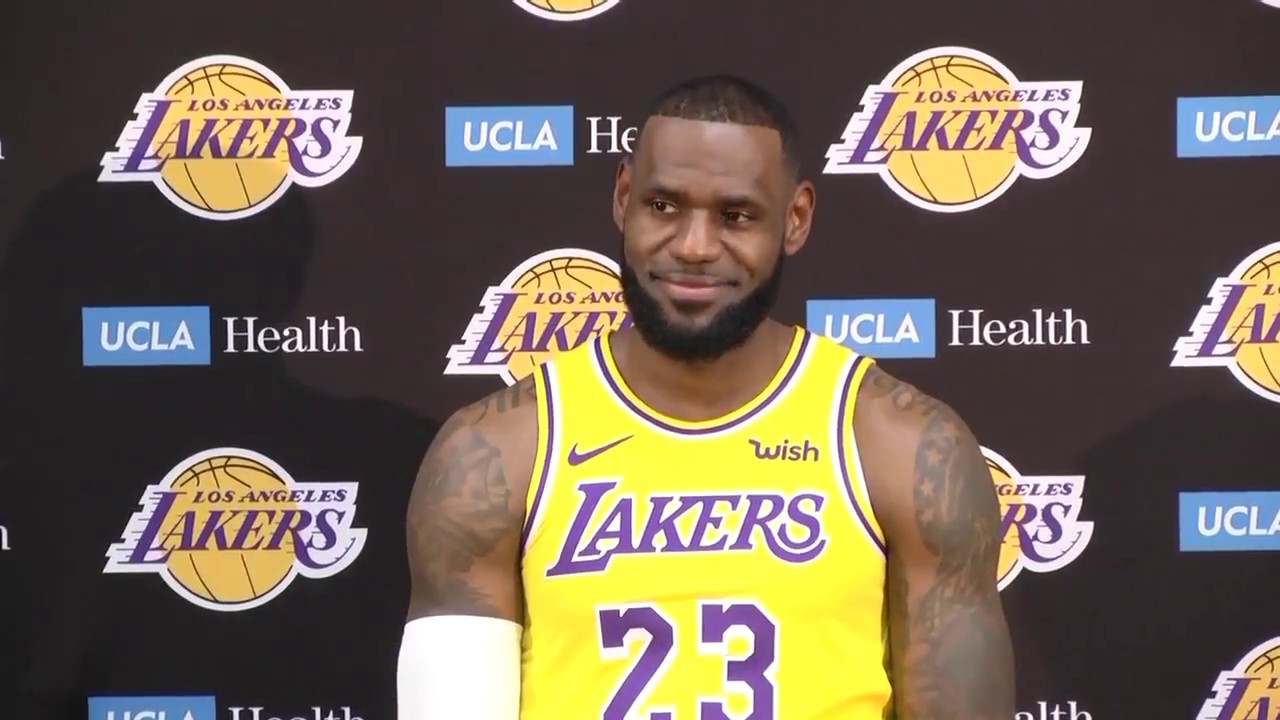 Or how about Kevin Durant, when he was still with the Thunder in 2015, feeding us this crock of shit (h/t ESPN.com):

“I love it here, man. I love my teammates, I love the city, I don’t really think about anywhere else,” Durant told Revolt TV in a recent interview. “I hear it all the time, don’t get me wrong, and once you hear it you’re kind of like [looks up, thinking]. But for me, I love staying in the moment, and I’m one of those guys that would love to stick it out with one team my whole career.”

Just over a year later, he joined the Golden State Warriors.

I am not criticizing either player for choosing to make the moves they did, and everyone reserves the right to change their mind. I just simply refuse to take any player at their word – in any sport, but ESPECIALLY the NBA – when it comes to long-term commitment or promises of future loyalty.

NBA players are a fickle bunch, and even more so they’re very obstinate. As soon as the opportunity arises for them to team up with one of their buddies or another star who just so happens to become available, they’ll drop their old team quicker than you can say “the next big three.” There’s already been plenty of chatter about Kyrie wanting to team up with biffle Jimmy Butler, and there’s just no way that could ever happen with the Celtics. (Well, it could, but it wouldn’t be worth the effort it would take to do so.) And Thursday night we got a report, per Jay King of The Athletic, that he’s also spoken with Pelicans All-Word forward Anthony Davis about a potential team-up.

While the idea of Davis in a Boston uniform makes me feel things in certain places that I probably can’t mention on this blog, there’s no guarantee Danny Ainge could make that happen. And if there’s another team that can offer a better pathway to get the three of them together, Kyrie would be foolish to not at least consider it. 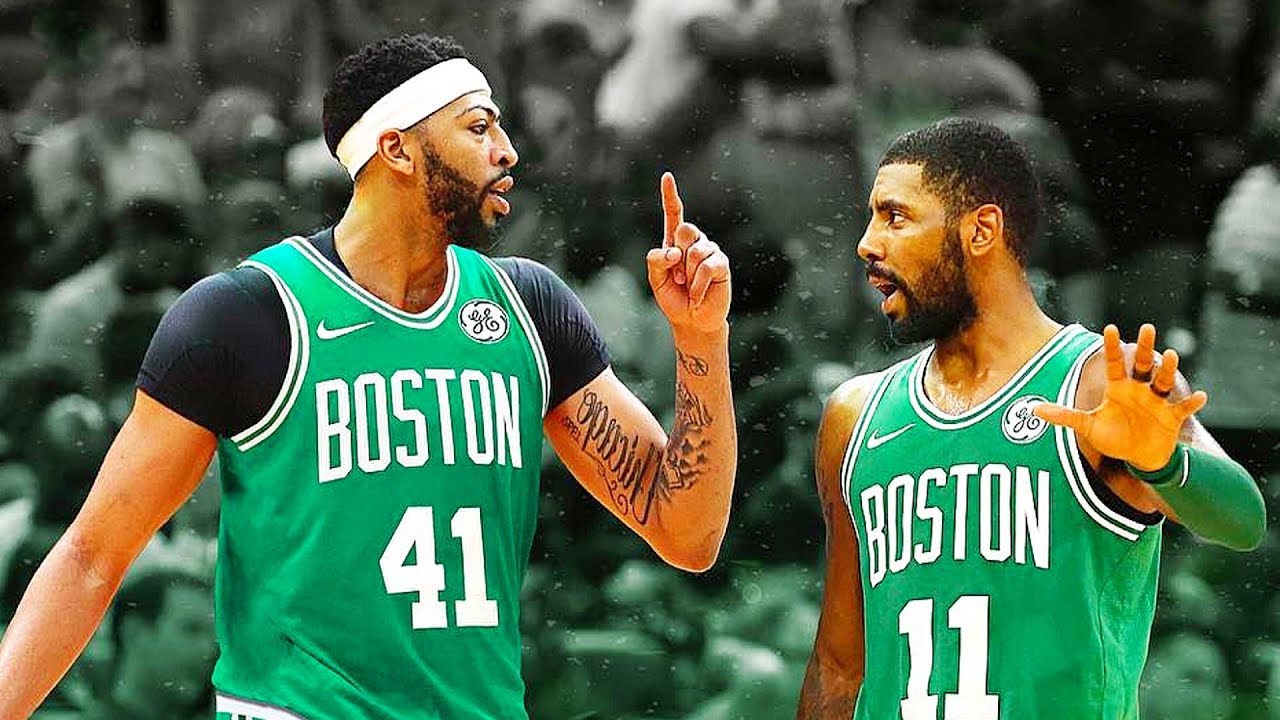 Furthermore, there’s also been plenty of credible rumors connecting Kyrie to other teams throughout the Association, particularly the New York Knicks. Besides the fact that he is from West Orange, New Jersey – which is only about 20 miles away from Madison Square Garden – the Knicks have not been bashful whatsoever about how much they covet the 26-year-old guard. Irving also had the the Knicks on his list of short teams he’d like to go to before he was ultimately traded to Boston last summer:

Even former teammates are chiming in on the speculation. Just three weeks ago, in response to an Instagram post from NiceKicks which asked about the chances Kyrie signs with the Knicks next season, Cavaliers guard J.R. Smith responded by posting the simple word: “HIGH.”

Now, to be fair, Smith may have just been letting everyone know about his current state at the time of the post, but in all seriousness the two did play together for two years, so they’re not strangers. Also, again, he is not the first to connect Kyrie to the ole Knickerbockers. Seriously, just Google: “Kyrie Irving Knicks” and you’ll see the rampant speculation out there from all corners of the NBA zeitgeist.

It’s also no secret that Kyrie is about other things than just basketball. That is not to say that he is not a competitor or that he doesn’t care about winning; all I’m saying is that the guy is an absolute ham for the camera and is not shy about self-promoting off the court. While staying in Boston with such a young, talented roster would give Kyrie the chance to compete for championships for at least the next 5-10 years, it simply does not have the marketing clout that comes along with playing in New York or L.A. (I’m talking about the Clippers; I know there’s no way Kyrie is choosing to play with LeBron again.)

Perhaps the one saving grace Celtics fans can rest their hat on is the fact that Kyrie can make way more money by re-signing here as opposed to going anywhere else due to NBA max contract rules. But again, if he can still make just as much – if not more – with endorsements and movie deals off the court, does that really even matter?

So, look, it’s OK to be happy about what Kyrie said last night; I am, too. But let’s not take it as Bible, and do understand that a lot can change over the next year. Until I hear about the T’s being crossed and the I’s being dotted on Kyrie’s next official contract, I’m not counting my chickens.