I would like to address @ufc Why didn't you fire anyone when their team attacked the bus and injured a couple of people? They could have killed someone there, why no one says anything about insulting my homeland, religion, nation, family? Why do you have to punish my team, when both teams fought. If you say that I started it, then I do not agree, I finished what he had started. In any case, punish me, @zubairatukhugov has nothing to do with that. If you think that I’ll keep silent then you are mistaken. You canceled Zubaira’s fight and you want to dismiss him just because he hit Conor. But don’t forget that it was Conor who had hit my another Brother FIRST, just check the video. if you decide to fire him, you should know that you’ll lose me too. We never give up on our brothers in Russia and I will go to the end for my Brother. If you still decide to fire him, don’t forget to send me my broken contract, otherwise I'll break it myself. And one more thing, you can keep my money that you are withholding. You are pretty busy with that, I hope it won’t get stuck in your throat. We have defended our honor and this is the most important thing. We intend to go to the end. #Brothers

Holy. Mother. Fuck. Khabib Nurmagomedov is is reaaaaalllly not kidding around folks. While I sit here and try and wrap my head around the situation in order to write an even mildly coherent commentary, I think that it is important to note that this whole debacle is going to be impossible for the UFC to get right. There are just too many players, too many events, and too many questions to address.

For instance – what do you put more weight, on the past or the present? Yes, the entire melee involving Khabib and his team was wrong and a bad look for the sport. That much is undeniably true and it can’t go unpunished…..except for the fact that six months ago Conor McGregor got off scot-fucking-free, at least in terms of the Athletic Commission and the UFC, for throwing metal objects through bus windows, injuring two fighters, who had no involvement in any kind of beef with McGregor by the way, to the point where they could no longer compete and earn an income that weekend. So if you didn’t punish Conor for that, how can you really punish Khabib or his teammates for this when at least no foreign objects were used and no one was critically injured? 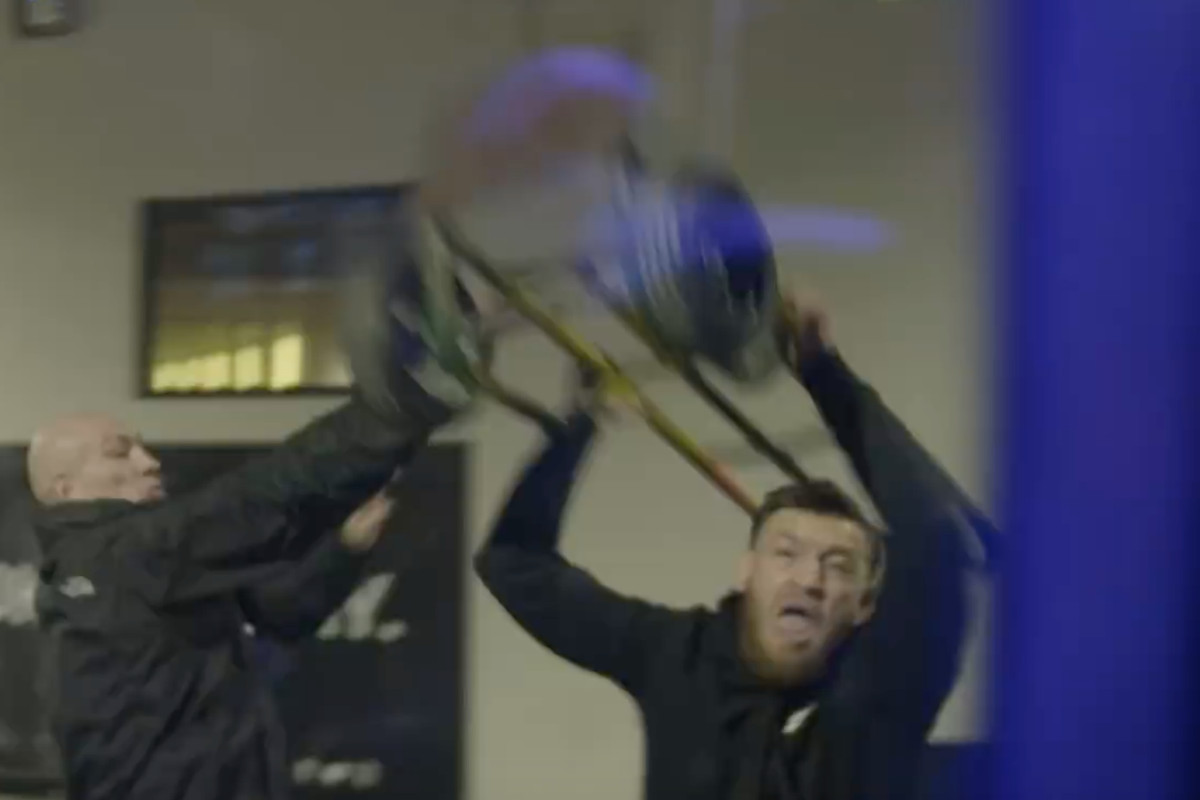 Next there is the fact that Conor McGregor came after Khabib’s religion, father, homeland, nationality (this is a long fucking lists), etc. Now to a lot of Americans, including my lapsed Catholic ass who doesn’t put a ton of weight on the fluid idea of the “nuclear family”, Conor engaged in the same over-the-top shit talking he always does. But it was just that to us, shit talking. We cannot comprehend what it means to a proud Dagestani Muslim from humble beginnings to hear his next opponent thrash the very fabric of his being like that. It just doesn’t compute in our brains. I guarantee you it has been overwhelmingly hard for Khabib to watch and hear Conor these past few months. If you think about it, he is absolutely stoic. Imagine the volcano bubbling inside of him in order to finally have him snap last Saturday?

One of the things that makes Khabib Nurmagomedov so intriguing is that he is a throw back. He fights to challenge himself. He fights for honor. He fights to prove he is the best. He fights to fight. Indeed it must be a mind-fuck, in the age of the money fights and the red panty nights, for the UFC to come up with a compromise with their champion, possibly the greatest lightweight ever (we don’t know that yet), when he states pretty clearly money does not matter to him here. They can choke on it, is what he pretty much says. It reminds me of Frank Costello’s remark about Billy Costigan’s Dad, “He never wanted money. You can’t do anything with a man like that.” Now, having finally arrived in the age of MMA fighters demanding to be paid, Khabib sees red over his teammates’ professional fate, not green from his greatest triumph.

Dana White is a stubborn man so I have no doubt Tukhugov is or will be cut. If I had to guess I’d say they’ll do what they did with Artem Lobov and just re-sign him somewhere soon down the line.  I actually don’t know if Lobov was ever even formally cut or not. I do know that many more members were added to Team Khabib last Saturday and that the UFC would be well suited to do all they can to keep that large, global team happy. I’m not saying don’t punish anyone, but keep in mind your past transgressions when it comes to these sorts of mishaps. Because now The Eagle has come home to roost.

QUICK P.S: This was not meant to be anti-Conor at all. Big Conor fan too. However Khabib’s current issue with the UFC has to be seen in the context of both his beef with McGregor and in McGregor’s past actions.