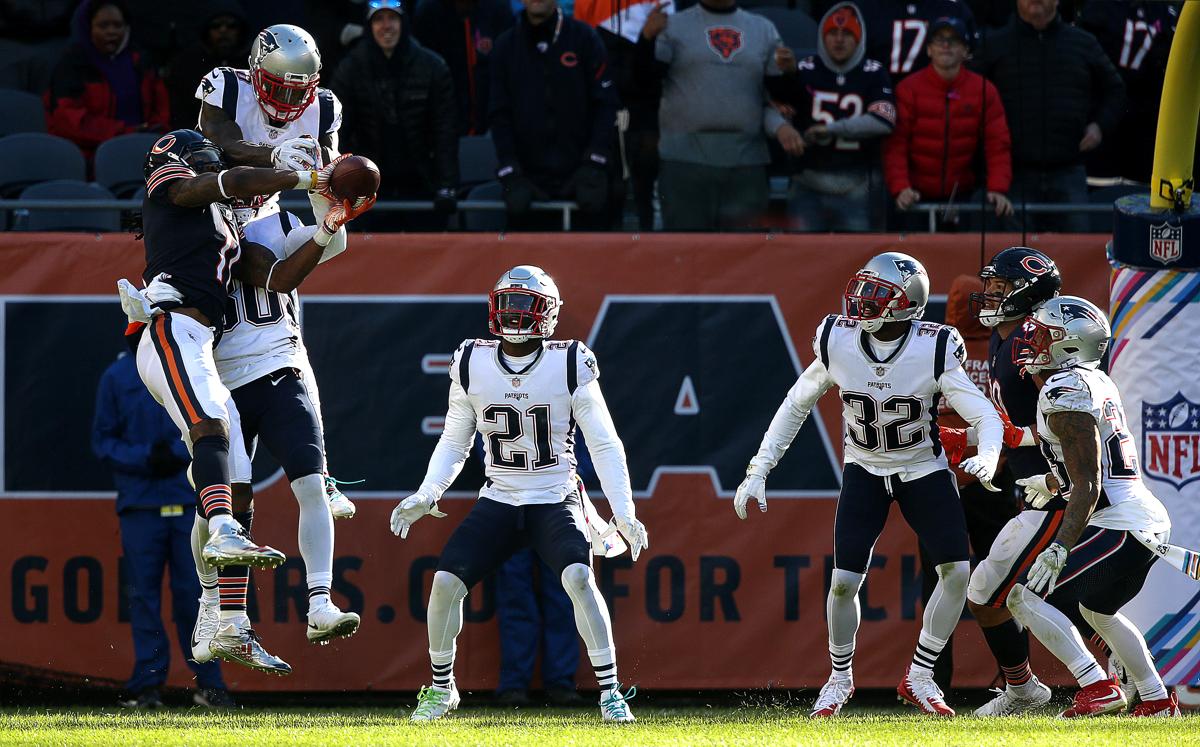 WOOO! That a was close one.

The Pats pulled out the 38-31 victory in Chicago yesterday, but that was only after the Bears put up a great fight and almost came through with a miracle play at the very last possible moment.

The game ended up being a lot more high-scoring than I anticipated, but it was almost just as close. While they were able to contain most of the Bears’ weapons throughout much of the day, Mitchell Trubisky did post over 400 yards of total offense by himself – looking like Michael freakin’ Vick in his prime at times – and the defense allowed a lot of yards over the middle of the field.

Overall, though, it was a good performance against a still very underrated team. Here are a few postgame tidbits for you to wash down with your Wheaties on this fine Monday morning.

After a string of very impressive performances for the rookie, I cautioned everyone to temper expectations heading into Sunday’s contest against the Bears’ top-10-rated run defense. Michel made me look foolish by ripping off 18 yards on his first carry of the day (although he did only have four yards on three carries after that) before going down with what looked like a gruesome leg injury early in the second quarter. As of early Monday morning, we still don’t know the severity of the injury, but it definitely did not look good, especially for a guy with his injury history. More to come on this story, which should be expected after he undergoes an MRI at some point today.

(MONDAY AFTERNOON UPDATE: So we still don’t officially know the final ruling on the injury, but we did get this from NFL Network’s Ian Rapoport on Monday:

Sources: #Patriots RB Sony Michel’s knee injury is not considered serious following his MRI. His timetable isn’t clear, but this is pretty good news for their impressive rookie runner. He still could miss time, but if he does, it may not be much.

There’s speculation it could be an MCL sprain, but thankfully NOT a tear. We probably won’t know much more until the Pats are forced to release injury updates later on in the week. For now, Pats Nation will hold its collective breath.

ANOTHER UPDATE: Schefty coming in hot with a bit more details later on in the afternoon:

MRI on Patriots’ RB Sony Michel revealed no structural damage, per source. Michel will be considered week to week, per source. Best-case scenario for Michel and Patriots.

Big Ups to the Big Boys Up Front

The Pats offensive line has been phenomenal all season long, and they continued their excellent performance in the Windy City on Sunday. Although Khalil Mack was playing at less than 100 percent, they still only allowed just one sack on the day (which, by the way, Pro Football Focus blamed on a broken screen play as opposed to any particular lineman’s error [h/t NESN.com]). Shaq Mason, especially, has been playing at an elite level, and he’s certainly proving that he’s worthy of that $50 million extension he signed this offseason. If the line can play this well against one of the league’s premier defensive units, that bodes well for the durability of our elder statesman at quarterback. Big round of applause to the entire offensive line. Just a helluva job all around. 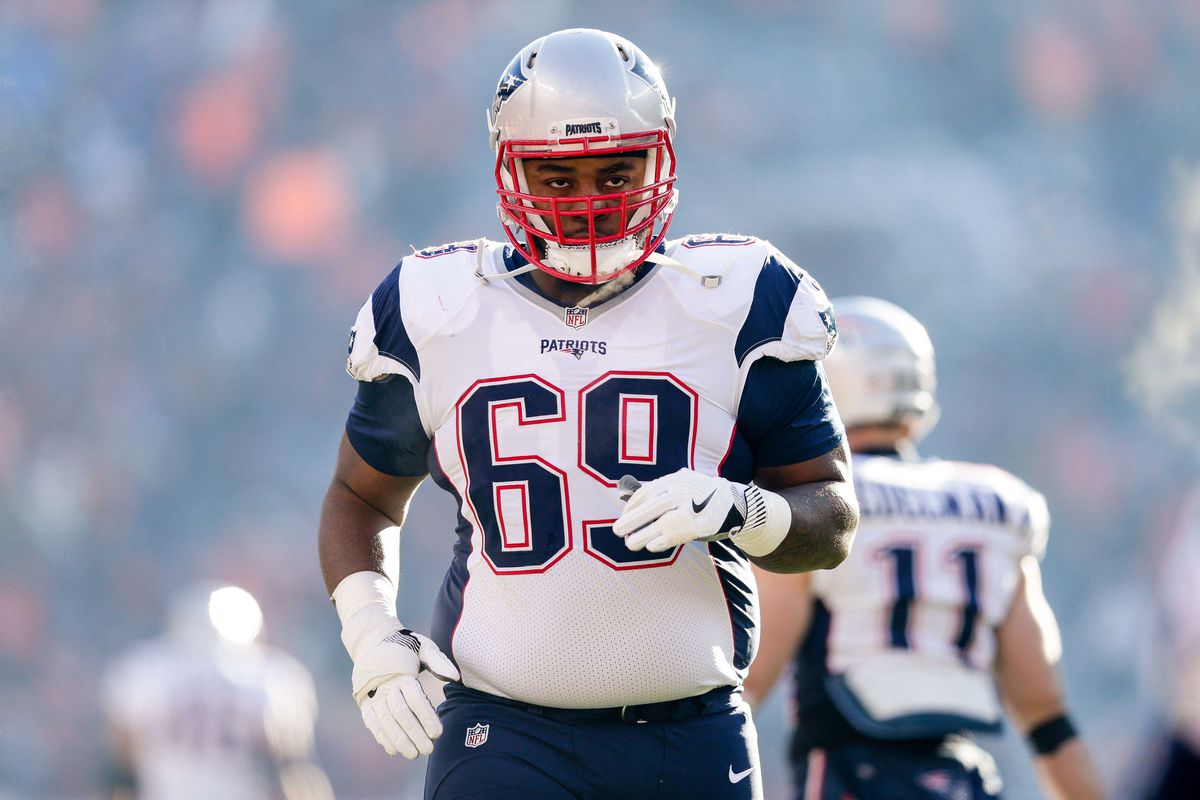 OK. OK. So maybe my article from a few weeks ago was a tiny bit Chicken Little-ish. While I’m certainly not going to go so far as to say the Pats have a “great” pass-rush, by any means, it’s definitely not “bad.” The team finished with two sacks in total, but were also credited with 13 hurries and three other QB hits. Adrian Clayborn finally got in on the action with his first takedown of the year, and Kyle Van Noy – while perhaps a bit lacking in terms of coverage yesterday – was able to pin his ears and get in Trubisky’s face with five pressures on the day. The team probably could have had more sacks were it not for Trubisky’s surprising elusiveness (he ran for 81 yards on the day, including this absolutely ridiculous touchdown run). Overall, I’m happy with what I’ve seen from the defensive front past two weeks. 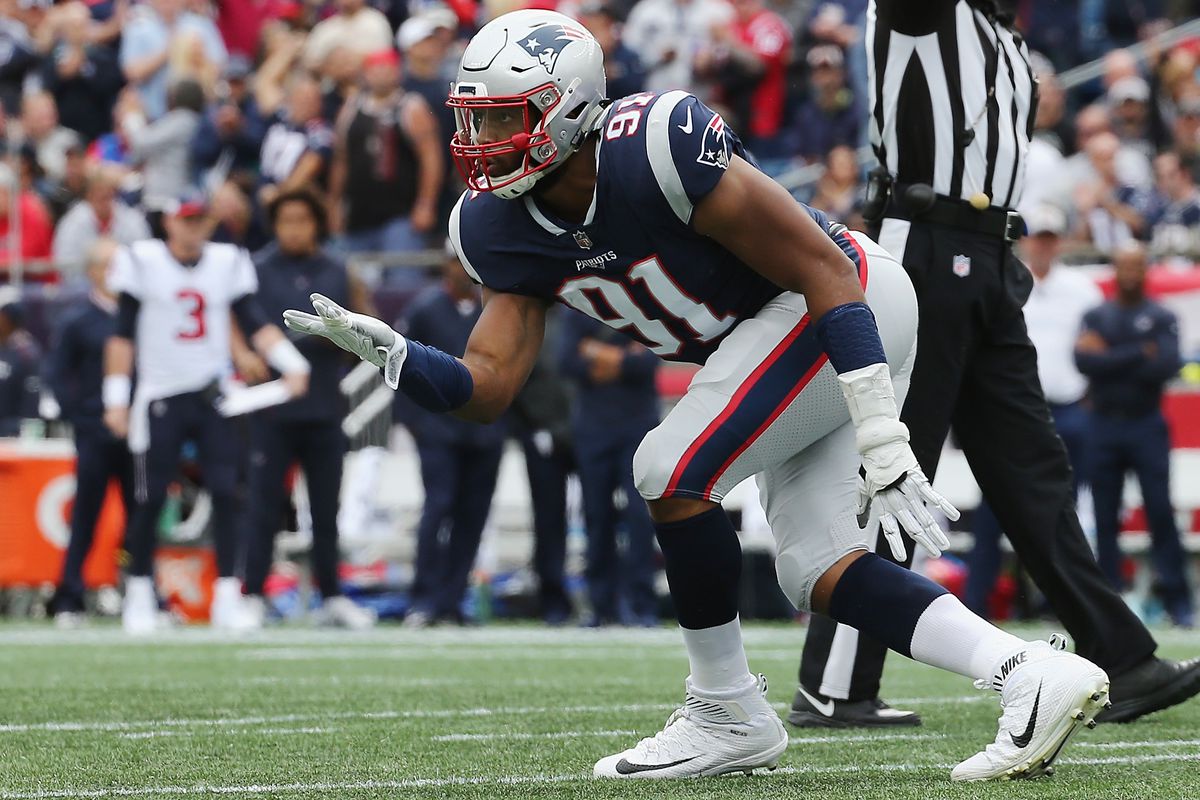 Deatrich Wise continued his strong season yesterday with yet another QB takedown.

Next up is what should be an absolute cupcake of a matchup against the Buffalo Bills (sorry, Papa Giorgio) next Monday night in Foxborough. Be sure to check in on Thursday for the game preview!