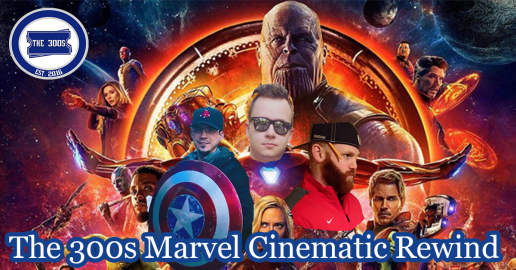 A little over 10 years ago I walked into the movie theater with some friends. I had just finished my freshman year of college and was home for a couple of months. That summer promised some insanely popular movies, namely the second installment of the Christopher Nolan Batman franchise, The Dark Knight. To say that Iron Man was anywhere on my radar would have been a complete lie. While I always considered myself a fan of comic book movies, I was never what you would consider a die-hard. You have to figure, this was 2008, way before we were able to see what the Marvel Cinematic Universe would become. Hell, just a year earlier we were given the much maligned Spider-Man 3. It was a different time back then. So when I sat down in my seat in the theater that day, I had no idea what was about to happen. I was about to enter a world that would engross me for the next decade.

In case you somehow forgot, Iron Man started it all. We were introduced to Tony Stark, a genius billionaire playboy philanthropist (his words, not mine) played by Robert Downey Jr., who at the time was coming off a rough battle with substance abuse. The casting of Downey Jr. was definitely a bit out of left field, especially to lead what Marvel Studios hoped would launch a franchise. Keep in mind though, this was before Disney acquired Marvel and the distribution was still handled by Paramount. Suffice it to say they absolutely nailed the casting. I mean, could you imagine anyone else in the role?

To sum it up quickly, Iron Man follows Stark to the Middle East where he is conducting weapons tests for his company, Stark Industries. While overseeing the development, he is kidnapped by terrorists and instructed to create a weapon for them. Using his genius and the materials provided, he constructs a crude version of the Iron Man suit and unleashes holy hell on the terrorists. He escapes and returns home, set on changing how his company operates and with a passion to do good in the world. Naturally, shit hits the fan when his business partner, Obadiah Stane, catches wind of Starks’ plan to exit the arms dealing industry and learns of his Iron Man persona. Stane becomes Iron Monger with the help of Tony’s old suit, they battle, and naturally Tony wins and saves the day. After the credits, Nick Fury shows up to plant the seed of the Avengers initiative, and the rest is history.

I remember when I first saw the post-credits scene, I had no idea what Marvel’s plans were. In fact, I don’t think I had ever seen a post-credits scene before this point. Marvel then obviously perfected it, always leaving us hanging for the next installment. Where else do you see an entire audience stay in their seats through all the credits just to see a clip that will inevitably wind up on youtube the next day? It was revolutionary and changed the game.

I became an instant fan when I saw this movie. He was hilarious and believable in the part. The guy obviously had a great number of films before this and it encouraged me to go back and watch movies like Kiss Kiss Bang Bang and Zodiac (I also completely forgot he was in the underrated gem, Bowfinger).

Talk about shitty luck, huh? Howard played the original Colonel James “Rhodey” Rhodes (aka War Machine) who was later replaced with actor Don Cheadle. It’s not clear why he didn’t return, but it had something to do with a contract dispute. I thought Howard and Downey Jr. played well off of each other and was looking forward to seeing him in the sequels. No disrespect to the Cheadle.

I really loved how self-contained the story was. At the time I guess it wasn’t really that important, but now that we live in a world where there are already three Avengers films out with a fourth on the way, it’s nice to look back at a time when the only hero in town was Iron Man. Now any time a Marvel movie comes out and it’s a stand alone film, I always wonder where the hell everyone else is and why they can’t help out.

19 more MCU films have been released since 2008, yet unsurprisingly, Iron Man still remains one of my favorite Marvel films. It’s been cool to see the evolution of the character over the past decade and I am just praying to god he doesn’t meet his demise in Avengers: Endgame.

On that note, I leave you with this gem. RIP Obadiah.