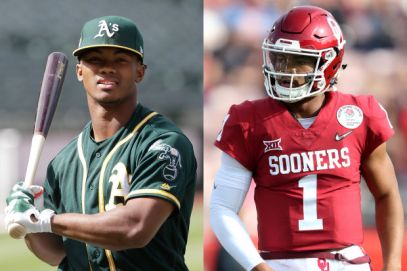 You know how the old saying goes, “the NFL Draft gets real shaken up when the Heisman Trophy winner suddenly decides to declare.” And that is exactly what is apparently the case folks. Rather than go play pro baseball for the Oakland A’s, who drafted him 8th overall, Kyler Murray intends to to enter the NFL Draft and possibly play pro football instead. The general public has been begging him to do this, as you know, he’s a Heisman winner, so while this is surprising it’s a logical choice. 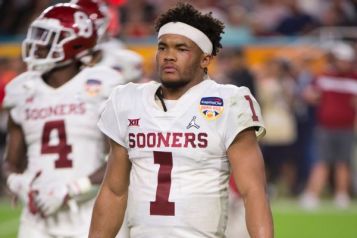 What might be a little surprising is that Murray seems to be seen by many teams as a 1st round prospect. While other smaller, mobile QBs such as Baker Mayfield were denounced until the day of the draft because of their stature, Murray seems to have a clear path to Round 1. I mean, in this weak QB class he may now be the top talent to some teams. It could be that due to the success of Mayfield and a couple others, maybe pure stature just isn’t being looked at as much as long as the signal caller can make all the throws. Makes sense to me. Unless you have a 6’7″ center. Then no bueno.

There is also the possibility that teams don’t just see Murray as a QB. Maybe some team will look at the modern NBA and realize not all positions and players have to be concrete and static. A smart team may look at Murray and see a guy they can give a package of plays to at QB, which defenses will have to respect due to his arm and ability, and otherwise use at RB and WR. Think of any of the duel threat RBs in the league now, but then give them an arm and a lifetime of playing QB. Scary right?

This also puts a lot of question marks over the heads of incumbent starters on teams that have a new Head Coach. For instance, I know Kliff Kingsbury sang Josh Rosen’s praises, but would it be out of the realm of possibility that he has a thing for Murray and his ability to both run and pass? I for one can’t say “no” for sure.

Editor’s note: Some are speculating that Kingsbury could even trade Rosen and take Kyler No. 1 overall.

“Kyler is a freak…..I would take him with the first pick of the draft if I could.”

The next hurdle for Murray is whether or not the A’s allow him to go to the combine, which is scheduled for when he should in camp with the team. This would also require the approval of the MLB, which just LOVES aberrations from the norm.