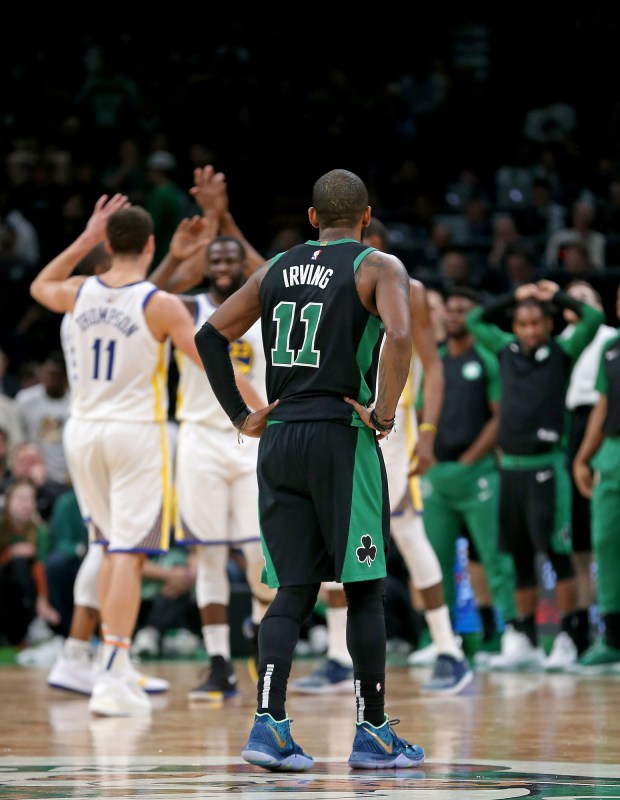 Never in my life have I seen a team blow so many chances and do everything they could not to win a game as I saw in the Celtics’ 115-111 loss to the Golden State Warriors on Saturday night.

Yes, the Warriors are really good. And, sure, some people may look at the fact the team only lost by four as a “good” thing. Some may also say the team was coming off a five-game winning streak, which started with a sound victory against No. 1 seed Toronto 11 days ago. But let’s also not forget that three of those wins came against some of the very worst teams in the league (Memphis, Atlanta, and Cleveland).

Back to Saturday night. The Celtics were able to keep it pretty close the whole contest, save for a nice little run by Golden State in the second quarter, helping the Warriors build a nine-point lead at one point. The Celtics battled back, however, and cut the deficit to only two at the half.

From there on out, it was a battle. The Warriors did get the lead back up to six by the end of the third, after Jayson Tatum almost single-handedly kept the C’s alive throughout the quarter with 14 points in those 12 minutes. Then it was a fight to the finish in a neck-and-neck fourth quarter, with Al Horford and Kyrie Irving leading the way. (And I also can’t forget to mention the clutch three-pointer that Marcus Smart nailed in Draymond Green’s eyeball to tie the game at 111. Seriously, that was a sick shot.) 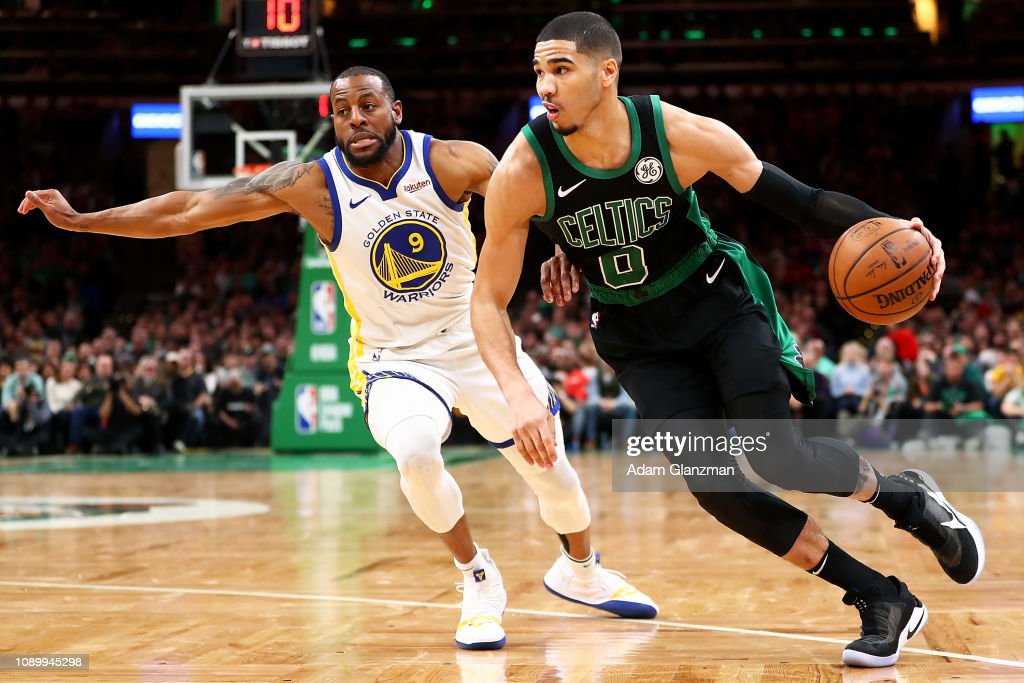 Tatum stepped up big when it counted last night.

Yet when you really look at how that fourth quarter went down, the Celtics simply gave the game away. Plain and simple. It actually physically hurt to watch.

First, there’s the fact that they committed SIX turnovers in the quarter, and finished the game with a grand total of 14  – with nine (!) coming from Kyrie and Big Al alone. To be fair, Golden State committed 14 turnovers on Saturday night as well, and the total was not at all far off from the Celtics’ turnover-per-game mark of 13.4, which is actually the fourth-best in the whole league. But, as they say, timing is everything in life, and six giveaways in the final eight minutes are not going to do you any favors. Period.

It’s even worse when you consider that Golden State made just five shots from the floor in the fourth quarter, for a total of 11 points. However, they were able to sink 14 points at the line – aided by some horrendously soft calls from the officials, yes – and the Celtics even out-rebounded the Warriors 15-13 over the game’s final frame.

But the final half-minute of action tells the whole story. Just look at this cluster-eff of events that happened in the game’s final moments: with Golden State up just two points and 32 seconds left, Durant tries to throw the game away (literally) with a horrible pass that sailed out of bounds; the Celtics get the ball and Kyrie misses a two-pointer; Draymond Green then tries to grab the rebound and muffs it out of bounds; Celtics get the ball back AGAIN and Marcus Morris misses a three; Green gets the rebound again, is immediately fouled by Horford, and MISSES BOTH FREE THROWS; but, of course, the ball is rebounded by Steph Curry, he’s fouled by Kyrie, hits both shots at the line, and the game was pretty much over.

While the team did prove that they still have the firepower to hang with the league’s best, it was an awful way to end the game. And the team still sits fifth in the Eastern Conference, barely making up any ground on the four teams ahead of them, even with their five other victories over the past week. Besides two respective matchups against Charlotte and Oklahoma City, the Celtics have a beatable slate of opponents coming up over the next two weeks. Hopefully they can bounce back quickly from this one.

A few more quick notes on the Green:

Still love ya, man, but what happened?

Yeah, I see you, Marcus!

So there’s your quick little Celtics round-up after Saturday night’s heartbreaker. Be sure to keep checking in with The 300s for all your news on the Green all season long.