Doc Rivers Grabbed the Mic to Honor Dirk Nowitzki Mid-Game, Shows the Difference Between LA and Boston in 10 Seconds

As any NBA fan knows, first ballot HOFer in waiting Dirk Nowitzki is playing what is almost definitely his final season. The guy has been one of the greatest scorers in NBA history with an absolutely unstoppable patented fadeaway:

Dirk’s legacy is something my good friend Mark Cuban and I talked about at length when we ran into each other my first time in Vegas. 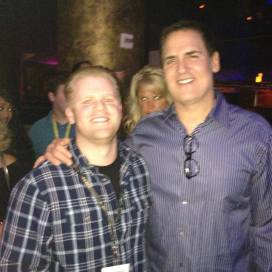 While Dirk hasn’t officially announced his retirement, most fans expect this to be his last go round. So last night with time winding down in a game between the Mavs and the Clippers, Doc Rivers literally called a timeout, grabbed the PA mic, and told Clippers fans to get up and give Dirk a standing ovation.

Doc Rivers called timeout with 9 secs left, grabbed the mic, and told fans to give an ovation to Dirk. Classy 🙌. (via @dallasmavs) pic.twitter.com/KwmlwufY2T

Awesome gesture, and I can’t say I’ve ever seen anything like it….BUT, it just goes to show the difference between LA and Boston.

In LA, the coach literally had to stop the game and tell his fans to honor a legend because it would be embarrassing if they didn’t.

I can’t imagine too many fans in other cities would have had any idea what was at stake with Dirk here. https://t.co/dtLMNTUUWh

Everyone at TD Garden wanted Dirk to hit a 3, but he fell just short 😂 pic.twitter.com/JmwnXouog2

Dirk going 0/4 in the last 2 minutes to finish with 0 points on the night was some of the most tense basketball I’ve experienced all year. #Boston #Celtics #Mavs #CelticsTwitter #NBATwitter #Dallas

Reminds of the old days when even Kobe Bryant was wildly cheered in his final games in Boston. Kobe was the first athlete I went from hating to begrudgingly respecting to flat out liking. The same became true of A-Rod years later. So even if we hate your ass, Boston is still the greatest sports city in the world.