One Way or Another It Seems Mr. Kraft is Going To Walk 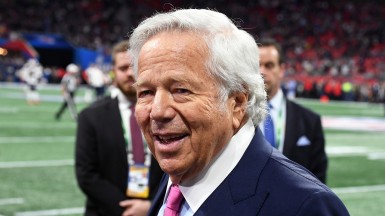 Wall Street Journal – Florida prosecutors have offered to drop charges against New England Patriots owner Robert Kraft and a number of other men charged with soliciting prostitution, according to a person familiar with the matter, but there is a catch. The proposed agreement calls for the men to admit they would have been proven guilty at trial.

So I kind of feel like this is the beginning of the end for the per/prosecution of Robert Kraft. There seems to be two end games here and they both end with him walking away from this with nothing but some embarrassing headlines to his name.

In scenario number one, Kraft takes this deal, officially says ya you had me, and walks away. No conviction, no penalty, just a pat on this tasks force’s head for a job well done and that is it.

On the other hand he says “nah lol lets do this” and they take this to trial. By now it’s reported, on the record in fact that Mr. Kraft was a client of two licensed masseuses, one the owner and the other the manager of the spa he was visiting. Cash was indeed exchanged but it seems a mighty large leap to prove beyond a reasonable doubt that that cash was intended specifically for sex when there wasn’t any audio. Therefore, it is going to be quite the longshot to get a conviction on this. Things aren’t looking good for the prosecutors.

So without getting into the dirt too much or trying to show any bias, I just can’t see Robert Kraft facing much more scrutiny for this little episode. He was indeed being a dirty old man but that seems to be that. We’re onto Super Bowl 7.