After rallying back with a ferocious 31-point fourth quarter on Wednesday night, helping to secure a 99-91 victory, the Celtics are now up 2-0 on the Indiana Pacers in the first round of the NBA playoffs.

Game 1 was a dog fight, with both teams playing below their typical standards. And while last night’s contest was prone to some of the same dull play for certain stretches, a few key guys finally woke up for the Celtics at just the right time – most notably Jayson Christopher Tatum.

For those who have followed The 300s for a while, you know that, for the most part, we’ve shown the young fella nothing but immense love and support ever since he broke onto the scene last year. Especially after last year’s postseason run, during which he averaged 18.5 points per contest as a 20-year-old rookie, I think all of us were expecting him to soar in 2018-19.

But, to be honest, things didn’t go quite as well as anticipated. He still put up points, averaging almost two full points more per game this season (15.7) than he did as a rookie (13.9). However, both his field-goal percentage and three-point percentage dropped off, with the latter falling significantly (he shot over 43% from deep last year compared to just 37% this season). His win shares also fell by two, and he just didn’t seem to be playing with the same fire he displayed last spring.

Yet on Wednesday night, he hit another level. In almost 39 minutes of play, Tatum put up 26 points on 55% shooting, including 50% from three-point land. He also finished +8 and turned the ball over just twice. While Kyrie was the team’s high-scorer with 37 and is arguably just as responsible for last night’s win as Tatum, it was really Tatum’s performance at the end of the game that sealed the deal. 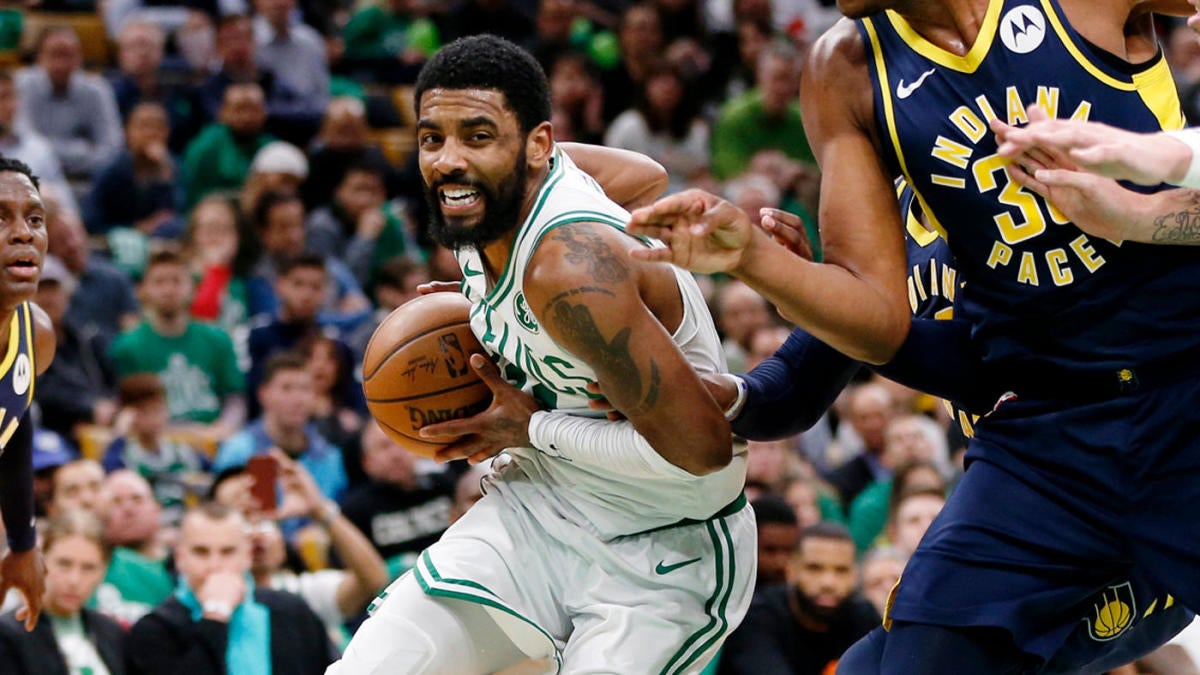 Kyrie had a pretty monster performance on Wednesday night, too.

After heading into the final frame down by 11, the Pacers looked like they had the Celts dead to rights. Two quick buckets from Al Horford got the team going again at the start of the fourth, but then it was Tatum (and, yes, Kyrie too) who lead the charge the rest of the way, putting the team on their back to take a hold of the series.

In all, Tatum scored 10 points in the fourth quarter (including six in the final minute), which was 40% of his total for the game. And while Kyrie also hit some big shots, including two HUGE threes – the second of which finally gave the Celtics the lead with 5.5 minutes left to play – I was still happier with what I saw from Tatum in the final moments.

While he missed more shots than he made over the final 15 minutes, the simple fact that he took nine shots in the quarter (10 if you include the free throw on the and-1 dunk at the very end) is what really stood out to me. FINALLY, he once again displayed the aggressiveness and confidence he was playing with last April/May, which was vital in helping to bring the C’s all the way to Game 7 of the conference finals. 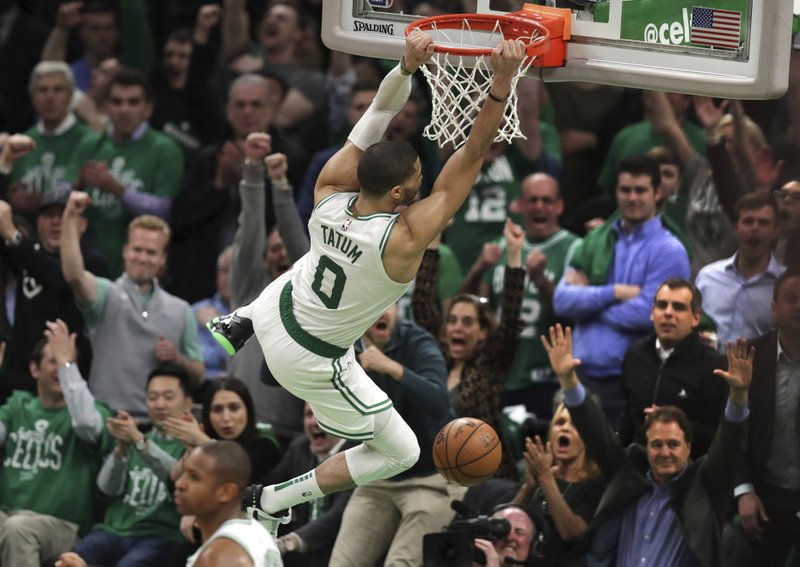 Tatum treated the Garden crowd with a little rim-rocker to cap off the win.

Maybe the rush of postseason play simply ignites a fire within Tatum, as he put up almost five points more per game in the playoffs last season than he did during the regular season. He also played pretty well in Game 1 on Sunday, putting up 15 points, again on 55% shooting (including 100% from deep), and finished +11. Especially when it mattered most last night, Tatum was not going to sit back and let the game slip away. I guess he does have some ice in those veins after all.

Look, we need to be careful not to get too excited from such a tiny two-game sample size, but it’s a good start for the Green and, most importantly, the kid looks ready to take off once again. Whether Kyrie comes back next year or not, Tatum made sure Celts Nation knew who the true future of the team was last night. Let’s hope he keeps it up.

Game 3 of the series will tip off on Friday night at 8:30 p.m. in Indianapolis.