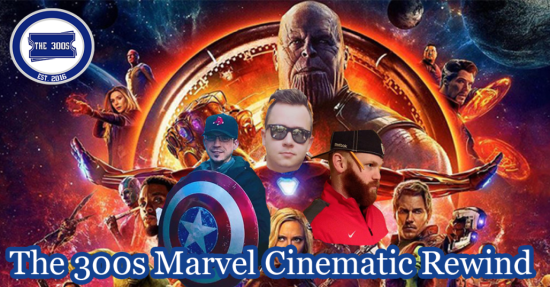 11 years. It’s been more than a decade since Tony Stark “built this in a cave with a box of scraps.” Avengers: Endgame is officially in theaters and I’ve been hiding from Twitter for the past week, minus a few ribbings at the expense of Mr. John Tavares and the Toronto Chokealeafs. Endgame is the culmination of everything in the MCU, a definitive end for many of the characters we’ve been watching since the days of George W.

As a final installment of the The 300s Marvel Cinematic Rewind, we wanted to touch base on the films of Phase Three that we haven’t covered yet, which also now apparently ends with Spider-Man: Far From Home. (Make up your mind, Kevin Feige!) So let’s get into it.

Giorgio: To be honest, Dr. Strange did nothing for me. I love Cumberbatch, but this film to me just seemed too much of a Christopher Nolan knockoff. The film is almost a literal combination of Batman Begins and Inception. One of these was good enough for me. 5/10

Red: This movie was a trip and one I did not expect to enjoy. I punted on it for so long that I actually ended up watching it for the first time on Netflix. I have to admit though I really enjoyed it. As Kyle mentions above it pretty much is like someone threw the scripts of Batman Begins and Inception together, but I loved both of those movies so it was right up my alley. Cumberbatch is excellent as the smarmy Dr. Strange and a really solid addition to the Avengers. 7/10

Guardians of the Galaxy 2 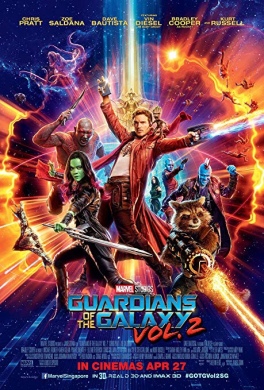 Giorgio: I liked it, but wasn’t nearly as good as the original. It was also really depressing. I’ll take as much Rocket as possible though. Bradley Cooper is an actor’s actor. 7/10

Red: I know Kyle is a bigger Guardians fan than I am, but I just could not get into GOTG2. The music as always was excellent (like the opening scene featuring Mr. Blue Sky), Rocket steals just about every scene he’s in, but I hated the “Ego is a planet” storyline and I’m a big Kurt Russell guy. But with all the aforementioned factors propping it up, this is still an entertaining flick. 7/10

Giorgio: This movie was incredible. First Spider-Man I’ve liked since probably the original with MTV Best Kiss Winner Tobey Maguire. Tom Holland is a perfect Peter Parker, and the film does a great job of not taking itself too seriously. Shoutout to Michael Keaton as Vulture, essentially playing Birdman twice within the span of a few years. 8/10. Also, Aunt May 10 out of 10.

Red: Kyle described it in the best way possible; Tom Holland is a perfect Peter Parker. Michael Keaton was a kickass villain in a truly surprising twist and a legitimately frightening Vulture. Oh and Aunt May is a rocket. 9/10

Giorgio: Possibly my favorite film of Phase Three. After two boring as hell solo films, Ragnarok takes a completely new approach to a stale franchise and gives it new life. It was hilarious, weird, and charming all at the same time. Tessa Thompson is a pleasure to watch on screen. Oh, and Jeff Goldblum. Horniest/smoothest man in Hollywood. 9.5/10

Red: This was one of the best comic book movies ever because it not only had top notch popcorn flick action, but it also was very self aware in how ridiculous it was (i.e. the opening scene/rock montage). Ragnarok also managed to work in Hulk perfectly without Marvel having to go out on a limb on ANOTHER Hulk standalone movie, despite how many people wanted a true Planet Hulk movie. I’ve always been partial to Thor despite it not being the strongest MCU trilogy (neither is Iron Man), but Thor 3 kicks all the asses and sets us up nicely for Infinity War, which starts minutes after Ragnarok ends. 9/10 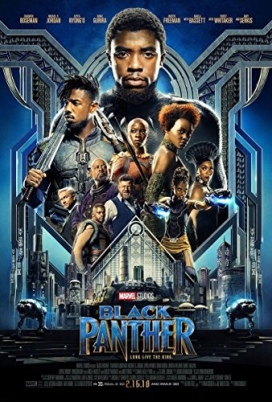 Giorgio: Had zero idea what to expect, but came out really enjoying it. Great cast, great story. Michael B. Jordan is one of the best actors currently working. Also made over a billion dollars, so no surprises how universally liked this movie is. 9/10

Red: Same as Kyle I had zero idea what to expect out of this movie. Chadwick Boseman was pretty badass in Civil War so I knew they had a shot, but Michael B. Jordan stole the goddamn show as, in my opinion, the best villain in the MCU. 8.5/10 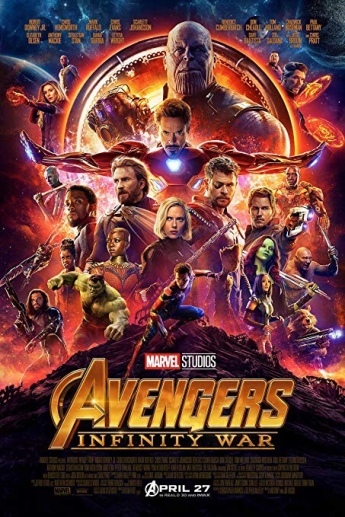 Giorgio: For a film that has about 50 main characters, they did a great job not making the plot stroke-inducing to follow. Thanos finally shows his ass after a decade of sending his minions to inevitably just do it himself. We get a great Peter Dinklage cameo, always a pleasure to see him. It was great to finally see the beginning of the end. 8/10

Red: Bravo! Bravo! One of the few movies I made sure to see opening weekend because you have about a day before Twitter eggs ruin the movie for you and about a week before Yahoo just straight up starts posting spoilers in the headlines. As Kyle said this movie did an incredible job balancing dozens and dozens of characters that you legitimately cared about as the world building of Kevin Feige really started to pay dividends. This movie could have been 4 hours long and I wouldn’t have moved an inch. 9/10

Ant-Man and the Wasp

Red: Very forgettable. All I remember is the villain that can phase through walls, yet is slowly dying. Also, if we’re being  honest I’ve always disliked Evangeline Lilly for how she cucked Jack on LOST, but I admit thats not exactly fair. Paul Rudd is a treat to watch per usual and the movie introduces the Quantum Realm which I think we all expect to be one of the keys to Endgame. So decent movie, but very forgettable. 6/10 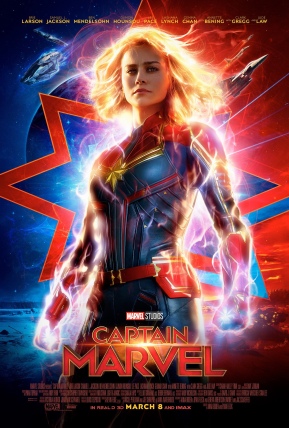 Giorgio: I….never saw this movie. Guilty as charged. I’m sure it was swell though, right? Nothing like shoehorning in a last minute character a month before the grand finale. At least I heard there’s an orange cat in it named Goose. Rating N/A

Red: Unlike Kyle, I paid 14 of my hard earned Schrute Bucks to go see this last weekend because I didn’t want to be completely lost when a Deus Ex Machina write in comes out of nowhere to save the day in Endgame. While I was less than excited going into this move (I just got a very Green Lantern vibe with the fighter pilot turned super hero with bad CGI), it wasn’t bad. Nothing great, nothing terrible. A de-aged Samuel L. Jackson (good CGI) carries the movie, but Jude Law is a great character/foil in Capt. Marvel. Some hamhanded naming conventions (Mar-Vel? Really?) and the lazy explanation for where Poochie, er I mean Captan Marvel, has been for the past 20 years leads to an OK, but highly skippable cinema experience. 6.5/10

Now I just need to make it to Sunday afternoon without someone spoiling Endgame for me. Do what I did kids, mute anything and everything related to Avengers on Twitter and stay off the news sites. We’re in the endgame now…