I am Absolutely DONE with Kyrie Irving 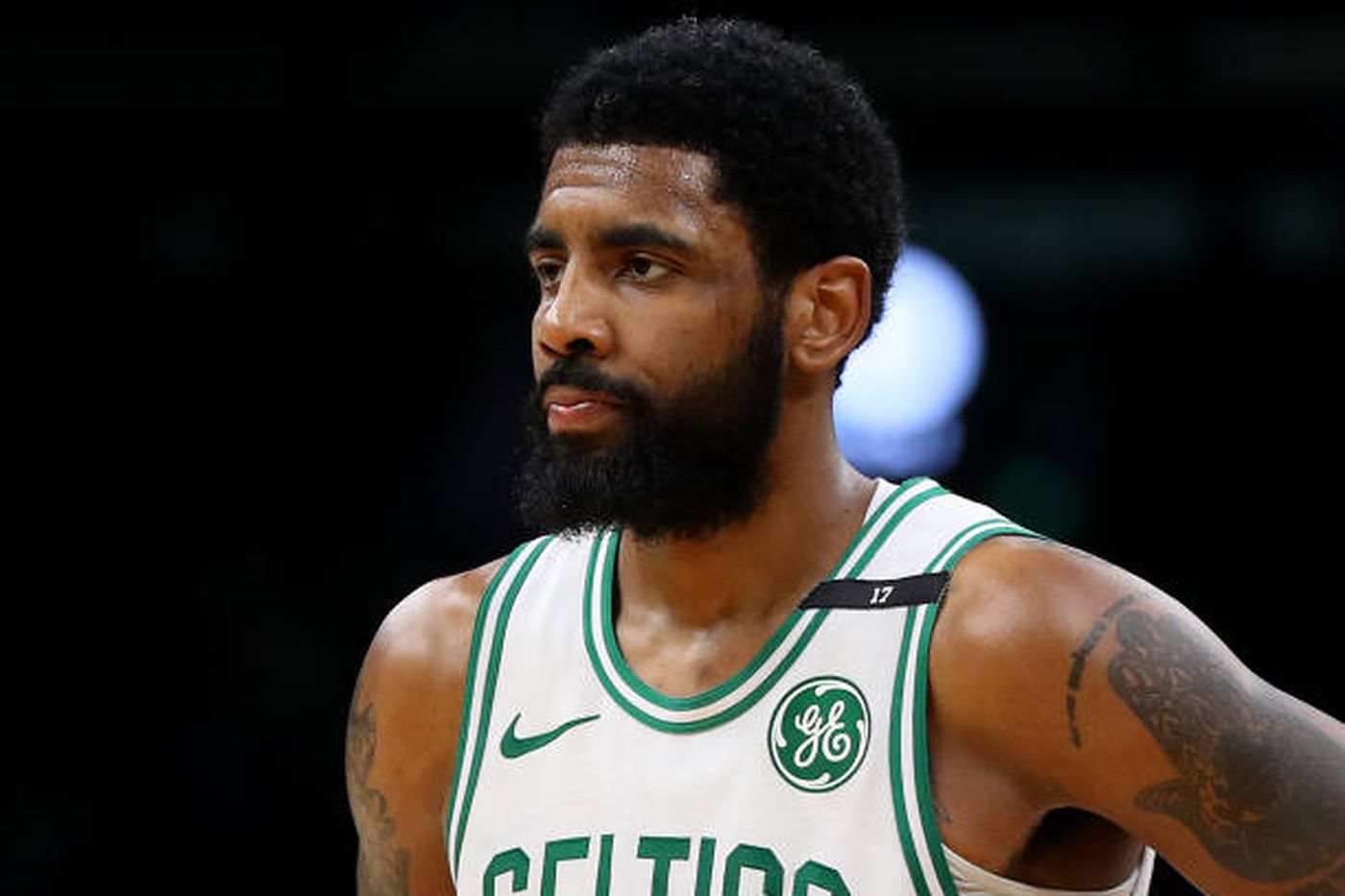 Kyrie can seriously take a hike. No really. Get off my team, you FRAUD.

I couldn’t honestly care less about his poor shooting numbers for the past few games. That’s not what this is about. After all, he still put up 29 and then 23 points over the past two games, so it’s not as though he’s been useless. Sure, his defense has left a lot to be desired, but at least he hasn’t completely disappeared like Gordon Hayward. Even Jayson Tatum hasn’t played up to snuff after a great first round. And Terry Rozier?? YIKES.

But maybe the reason everyone seems to be playing so poorly and looking like they just watched their dog die on the court is because they have a selfish loser with the mentality of a toddler as their supposed “leader.”

A lot of people might think I’m overreacting, and the series technically isn’t over yet. But I don’t care, because after this little comment last night, I am officially done with Kyrie Irving:

After their Game 4 loss, Kyrie was asked about going 19-62 FG over the last 3 games.

Have you ever seen a more arrogant and egomaniacal response in your life? Seriously, that line is something that would probably make ole buddy LeBron blush.

OH, and I’m sorry, but they’re not coming back in this series. You really expect this team to win three straight with this jamoke and his piss-poor attitude leading the way? Please. They’ll be lucky to make it to the weekend.

I’m not trying to be negative, but I just feel so indignant right now as a Celtics fan. This was supposed to be OUR year, and instead we get treated to one of the most under-performing teams in Boston sports history. Is it all Kyrie’s fault? No. It isn’t. There’s a lot of blame to go around. But he barely did anything a true franchise guy is supposed to do to try and at least right the ship at any point this season.

Look, I was even willing to give Kyrie the benefit of the doubt earlier this year. While he was getting eviscerated in the media for being “too critical” of the younger guys on the team, I was one of the ONLY ones who said that guys like Jaylen Brown – who at least had the stones to clap back at him – were being too soft and DID need to step it up more. Sure, maybe Kyrie could have done it with a bit more tact, but with this being just his second year out of the shadow of LeBron, I thought perhaps he was still feeling his way out on how to become a leader.

But see, the thing is, he’s not a leader. At all. He’s a completely self-absorbed crybaby that would rather get angry at the world when things go wrong then take a step back and look in the mirror. How, HOW can you respond with an answer like that after one of the worst three-game stretches of your career, in the Eastern Conference Semifinals no less? I respect the confidence, Kyrie, but even you can’t really believe the complete word vomit you’re spewing all over the media right now.

Before this week, I was willing to deal with Kyrie being a bit of a pill sometimes because he really is one of the elite talents in this league…when he wants to be. And in the NBA, you have to deal with some divas sometimes in order to win games. I get that.

But this??? Completely giving up and acting like a martyr when your team needs you most. Absolute LOSER move, and it looks like the true colors are finally starting to shine through. (It makes you think a little bit differently about how things really may have ended out in Cleveland, huh?)

Also, have you heard any teammates come out at all this year in support or to back him up? Don’t worry, I’ll wait…

If this team somehow shocks the world and goes on some epic run after this, I will literally eat a crow pie and post the video here on The 300s for all to see. But right now, I’m about ready to pack Kyrie’s bags and buy a plane ticket to New York for him. Or maybe L.A., so he can go running back to his old flame – who he now LOVES again by the way – because, to be quite frank, the King is the only reason he’s a “champion” to begin with.

Instead of re-signing Kyrie, give me somebody like Kemba Walker, an upcoming free agent this offseason who really isn’t all that much worse and one who cries in the locker room after losses. No, really, Kemba is someone who actually cares and could help to change the toxic culture that is engulfing this locker room right now. (Bleacher Report’s Yaron Weitzman wrote an excellent piece on Walker just last week, and he sounds like exactly the type of guy I want here. Like now.) 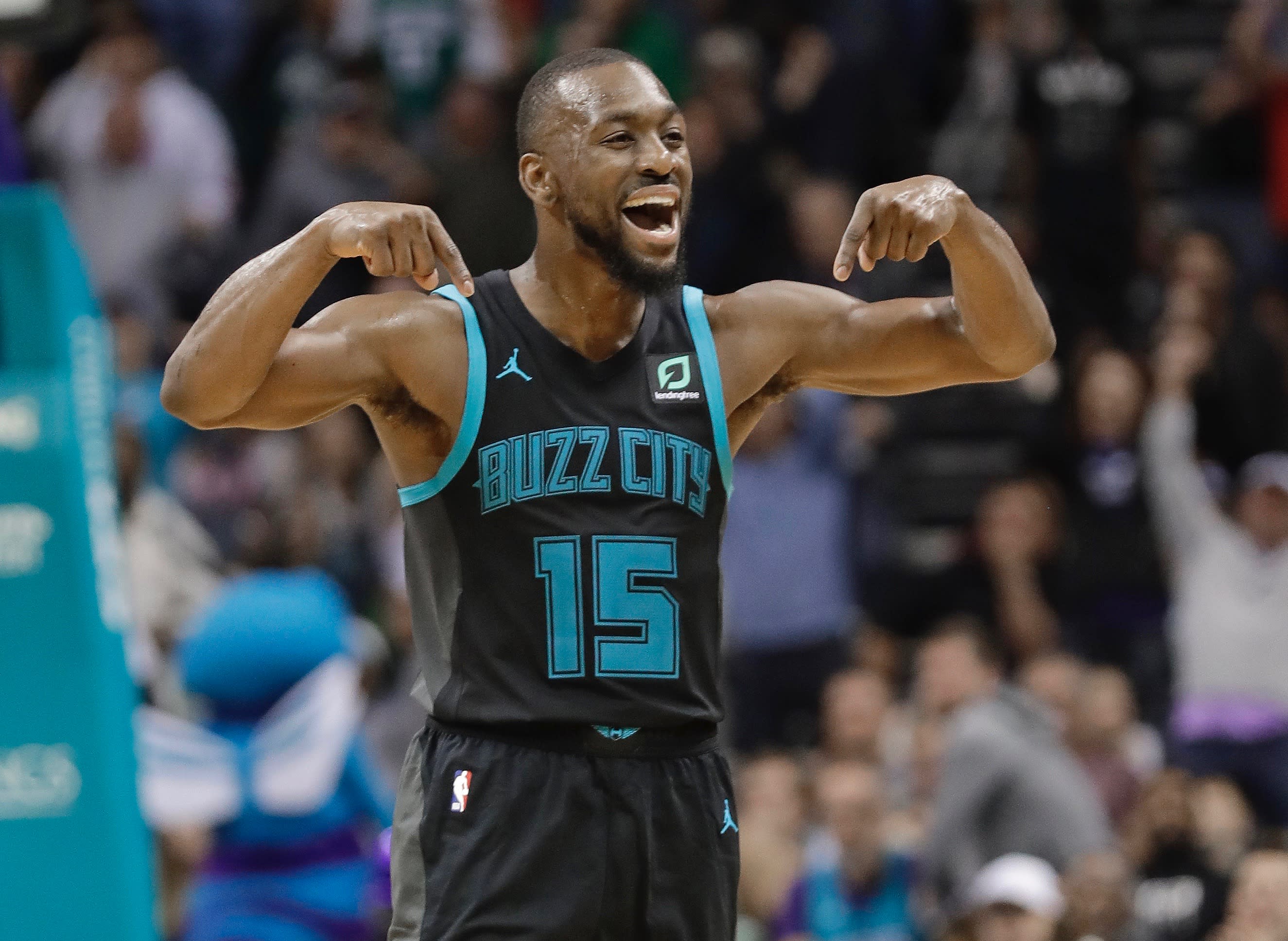 This guy would look real good in green.

This one really hurt to write, Kyrie. It really did. I want to like you. I want you to be successful here, because you’ve got the insane talent and skill to truly be the next Celtics great. But the simple fact is you don’t want to be, and your time here is likely to come to a very bitter end in short order.