I probably watch more cable news than any of the other writers here at The 300s but I don’t follow European politics too closely, so I don’t know much about this new British Prime Minister. All I know is that I am intrigued by a world leader whose Trucking Rating would be higher than most NFL running backs.

The fact that the new Prime Minister of the United Kingdom isn’t afraid to bulldoze an elementary schooler in a pick-up game is impressive. World leaders take note: Boris plays to win the game. He’s an OG member of the not-messing-around crew.

I respect the hell out of Boris’s hustle. I’m the guy who runs out ground balls in adult softball leagues. (Maybe that’s why my brother-in-law’s team didn’t invite me back?) As a guy who has younger brothers, and as someone who worked as a summer camp counselor back in the day, I don’t believe in letting little kids win. What does that teach them? Make them earn it!

I once Dikembe Mutombo’d a kid in a pick-up basketball game. He cried. I felt bad.  But then he learned a very valuable lesson. The next time I went for a rebound in the corner I jammed my pinkie finger so bad my hand hurt for three weeks.  The lesson learned? Karma. 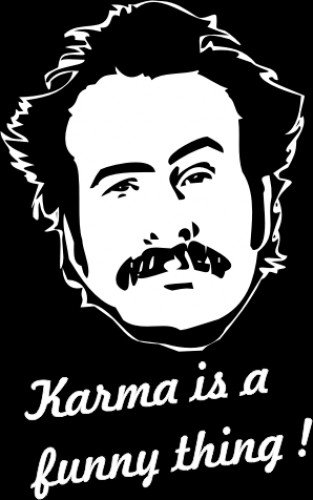 I never blocked a kid again, and that kid learned the value of the pump fake.

Only time will tell how well Boris’s playground experience prepared him for the world stage.