Dread It, Run From It, Pirates’ Joe Musgrove’s Infinity Gauntlet Glove Arrives All the Same

👀 @ItsbuccnJoe59 with the Avengers gauntlet glove for Players Weekend.

Dread it, run from it, destiny arrives all the same.

Despite having all 6 Infinity Stones at their disposal, Joe Musgrove and the Pirates are still in last place and 13 games out of the playoffs.

This is an A+ glove design though and just goes to show how much more exposure MLB could gain amongst younger viewers if they just lightened up a little bit. Obviously this glove would never fly in a real game, but Musgrove was allowed to break it out for Players Weekend. Normally Players Weekend is basically just an excuse for the MLB to act like a couple wild and crazy guys…

…by putting nicknames on the back of team jerseys. 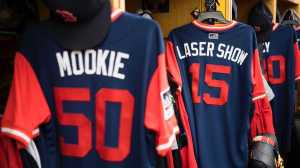 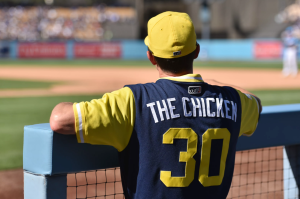 That is of course unless you are a humorless stiff who hates fun like the Yankees’ Brett Gardner, who simply put “Gardner” on the back of his Players Weekend jersey.

He’s probably a fun guy to talk to at parties.

Anyways, if MLB would relax some of its stuffier rules, let players express themselves, and oh maybe chill out with the Gestapo social media policy that takes down every video that makes its way onto the internet, then they would be on to something. I will say, as bad as MLB is at social media, no one is worse than FIFA. I’ve only gotten two C&D’s in my Twitter career and they both came from FIFA after tweeting out videos of players scoring and celebrating. The horror.