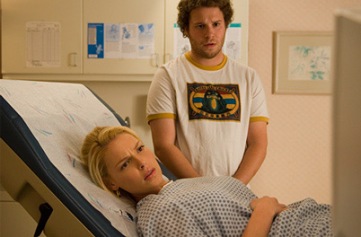 Yahoo – …..The former Ohio University standout never made it, however, and was instead handed a two-year suspension from FIBA for failing a drug test. But it wasn’t performance enhancing drugs, recreational drugs or any of the other usual suspects that thwarted Cooper.

His drug test, according to Eurohoops.net, revealed that he was pregnant.

The test on the urine that Cooper provided revealed the presence of human chorionic gonadotropin, or hCG, which is a hormone made by the placenta during pregnancy. That urine, per the report, actually belonged to his girlfriend — who likely didn’t know she was pregnant at the time.

I honestly don’t know what is worse here, failing the drug test in such comically disastrous fashion or finding out your going to be a father at the same time.

Add that to the fact that D.J Cooper then had to go back to said girlfriend and probably have a very awkward “soooo….” conversation, littered with vague questions about how she’s been feeling, if she’s been drinking, etc. She probably got annoyed by all his inquiries. Maybe even thought he was trying to coax an infidelity confession out of her and began berating him. He then maybe had to hop on his “baby chill” horse and explain that his questions were indeed brought on by a blessing. He had the ultimate trump card.

I will say this though and that is with the females I see socially I try and keep things sexy. Which means nottttt a ton of discussion regarding bodily functions. Hopefully fucking none if we’re being honest. So I couldn’t help but grimace a little at the thought of asking my main squeeze to piss in a cup for me. Like did he not have anyone else? I know it’s not the NBA but from what I know AC Monaco is a pretty solid club, do they not have Yes Men? Are lackies not a thing in Europe? Surely there had to be SOMEONE Cooper could have asked for a quantity of human urine before the object of his affection.

There have been promises made on this blog that I would never lie to or deceive you, the readers, nor intentionally keep anything from you. Therefore I must confess that the first thing I thought upon reading this harrowing tail was that maybe Thad Castle was right. Maybe the oil change is the only way to go.