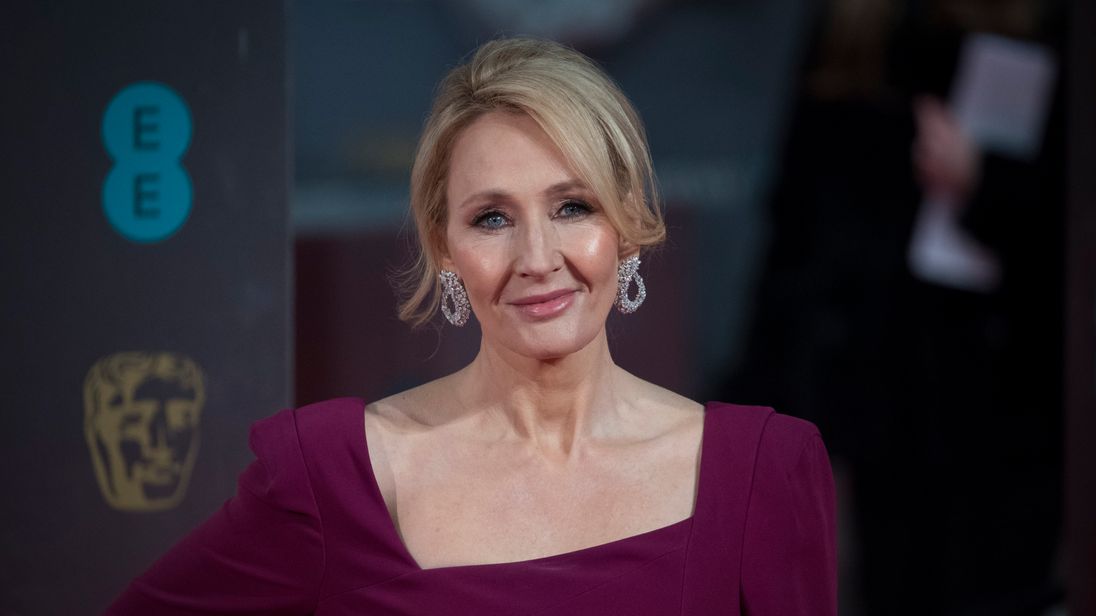 MSN.com – J.K. Rowling has come out and revealed what her favorite Harry Potter fan theory is, and it’s quite something.

It seems dark theories do not put JK Rowling off, who has finally not only revealed her favourite fan theory but suggested it could quite well be plausible.

When asked by a fan what was her favourite one, the novelist replied: ‘Dumbledore as death. It’s a beautiful theory and it fits.’

If there’s anything I love more than my sports teams, it’s Harry Potter. (And I’ll bet my Ravenclaw keychain that Papa Giorgio and Joey Ballgame are right there with me, too.)

And if there’s anything I love more than those two things, it’s allegories or subtle, hidden metaphors in text that make the reader surmise the true meaning of what’s going on, right or wrong, which only adds to the whole experience.

(Yeah, this one is for my fellow bookworms, guys.)

This is exactly where fan theories derive from. And, yes, fan theories can be exhausting. It’s almost impossible to keep up with all of them, and half the time they are absolute fucking garbage.

But I LOVE this one. And it only further proves just how deep the whole story goes.

I’ve learned more life lessons from Dumbledore than I have from either of my parents or any teacher I’ve ever had. (That is not meant as any disrespect toward my incredible parents; Dumbledore just spits the absolute truth.) And his death in the sixth book was an extremely trying moment in my life.

But no, really though. When he reveals to Harry the whole reason Harry was placed in Gryffindor instead of Slytherin was simply because Harry asked to be placed in Gryffindor, ultimately proving that the whole “where you derive from seals your fate” adage is a bunch of bullshit and that only you can determine your fate: BOOM. Mind blown. It’s not that I didn’t believe in that philosophy before, but hearing it from Dumbledore just reinforced it with the fury of a thousand suns and made me feel like I wanted to run full speed up the side of Everest.

“Words are, in my not-so-humble opinion, our most inexhaustible source of magic. Capable of both inflicting injury, and remedying it.”

Oh! Talk dirty to me, Albus! The whole idea that he now represents Death is, as Rowling put it, truly beautiful. At first glance, associating Dumbledore with such a seemingly negative entity sounds a little off-putting. However, when you realize that Death is actually a very intelligent, gracious being that rewards those who are deserving of what they desire due to cunning and strong will, it TOTALLY makes sense.

To be clear, the theory does not state that Dumbledore IS the original Death in “The Tale of Three Brothers.” That wouldn’t make sense; the story was written way before Dumbledore was even born, and we already know he needed to obtain the Elder Wand from Grindelwald, proving that Dumbledore was not its creator.

I also love how Snape, Harry, and Voldemort fit so perfectly into the metaphor as well. The whole thing rings very similarly to the Tin Man, Lion, and Scarecrow from the Wizard of Oz, which is yet another classic allegorical tale that can either be viewed as a history lesson or simply enjoyed as a great work of art and entertainment.

So, for all my fellow HP fans out there who continue to yearn for more, hopefully this bit of news added a little flair to your Hump Day.

What do you guys think? What are some of your other favorite fan theories? Let us know in the comments below!