I see you, Nike. Pretty ballsy move here…and I am ABSOLUTELY on board.

On Monday, it was announced that Colin Kaepernick would become the new face of Nike’s “Just Do It” campaign, which is set to enter its 30th year. The decision was announced on Twitter via Kap’s agent, Mark Geragos:

Kudos to @Nike who realized @Kaepernick7 is an All American icon Proud and humbled to have @meiselasb help to get this done https://t.co/fHKyRSNsU2

And HO-LEE SHIT did it start a firestorm.

Not only did the company’s stock drop a few percentage points as of Tuesday morning, but all the social media warriors out there have already made sure to show off just how much they’re “sticking it” to Nike by burning/destroying shoes and other apparel made by the company which THEY ALREADY OWN AND HAVE SPENT MONEY ON.

(If you want a good laugh, Uproxx posted a wonderful piece this morning which features many of those posts as well as the hilarious responses to them from the sane and witty Twitter crowd.)

Honestly, it’s the hypocrisy of it all that kills me. These same people who decry that kneeling for the anthem is the most disrespectful thing an American citizen could do are the same people who will gladly order a chicken sandwich from Chic-fil-A without even thinking twice – because after all, these people are about FREEDOM, UNITY, and EQUALITY for EVERYONE, under one nation…unless of course you’re a homosexual, right?

And after that they’ll go to Wal-Mart – one of the country’s truly most destructive and corrupt corporate entities – and purchase a knock-off patio set that they’ll use (maybe) twice all year just to try and keep up with Bob and Jane next door, who just put in an in-ground pool with their disgusting amount of disposable income.

Oh! And then they’ll need to make sure to stop by a Mobil gas station on the way home to fill up the tank in their precious luxury vehicle. (Do I really need to get into ExxonMobil?) 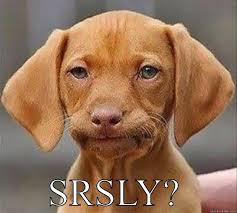 My point is there is an inexhaustible list of other corporations out there which should be shamed much more so than Nike, but people are CHOOSING to view the entire movement that Kap started as something it’s not. As a result, it’s causing them to overlook some very real and very serious issues – both related to Kap’s cause and otherwise – due the irrational and completey misguided anger that’s currently consuming them.

I’m just going to say it, and I cannot be clear enough: KNEELING FOR THE ANTHEM HAS NOTHING TO DO WITH THE VETERANS OR DISRESPECTING THE NATION AS A WHOLE! (That is just simply how some are CHOOSING to view it.)

Let’s take a second to let that sink in…

The protest was meant to bring attention to an extremely important issue that is often overlooked – or outright ignored – by those who don’t experience the prejudice and suffering many in our nation face each and every day. I don’t think I need to go into a diatribe on race relations in the United States; if you’re that ignorant or you disagree with the fact that things truly aren’t equal for every citizen in this country, then I’m not even sure it’s worth wasting my breath on trying to convince you at this point.

That’s what the players are trying to do as well. Because, let’s be honest, what’s going to get your attention more: a guy on TV in a suit giving a charismatic speech about the Black Lives Matter movement, or some of your beloved sports stars kneeling before a symbol you have loved and respected (and rightfully so!) your entire life? Obviously, it’s the second one. You know it. I know it. THEY know it. That’s the point!

Also, it’s not an entirely meaningless gesture either. The whole point is to demonstrate the fact that they believe a lot of what the American flag is supposed to embody is a farce in our current society. They didn’t choose this route just to be dicks.

Still, some feel as though it simply goes too far, and I will admit that a part of me initially felt the same way. Anyone who unabashedly hates the country or supports any animosity/violence toward law enforcement or our service members in any way should absolutely be shunned (and, if necessary, punished to the full extent of the law). I don’t think anyone, NFL players included, would argue against that.

(Side note: I know a lot of people want to bring up the time Kaepernick wore pig socks to training camp in August 2016 – aka the first time he brought up the issue of police brutality – and I can’t say I support him on that move at all. However, it does seem like he’s matured significantly since then, and he’s done some pretty proactive things outside of the protest that deserve a lot of credit. I truly believe his heart’s now in the right place.)

Nike, just like the various players throughout the league supporting Kap’s cause, is simply trying to start a conversation. (OK, sure, they’re absolutely trying to make more money in the long run, too; I’m not gonna B.S. you on that.) But still, the courage they displayed by making this move is something I respect the hell out of, and it’s refreshing to see a multi-million-dollar corporation choose to take a hit in the pocket at first just to show their support for a truly noteworthy cause.

And maybe if more people would listen to the actual message, we could make a difference for the better. But until that happens, I guess all we’re going to get is charred Jordans and swoop-less socks – and, above all, a divided nation that could so easily be saved with a simple little conversation.

So good on ya, Nike! You’ll come up flush for this in the long run, and hopefully we all will, too.