All the Top Fast Food Burgers Got an F on Their Meat. Don’t. Care.

Yahoo –  There could be harmful chemicals in your burger, at least according to a new research report released by the Consumers Union, an advocacy division of Consumer Reports… Only 2 of 25 U.S. burger chains were issued “A” ratings for serving beef that has not been raised with antibiotics. Both Shake Shack (SHAK) and BurgerFi strictly serve antibiotic-free beef to customers…A stunning 22 of 25 burger chains in the US received a failing grade of “F” for not disclosing any intent to stray away from purchasing beef products from antibiotic-free sources. Among those “F” rated restaurants were some familiar names such as McDonald’s (MCD), Burger King – whose parent company is Restaurant Brands (QSR), Jack in the Box (JACK) and Sonic Drive-In (SONC).

Look I don’t go to McDonalds or Burger King or Wendys or Five Guys or any one of the other fast food joints because I am looking for a quality piece of meat. If I wanted that I’d go to a steak house. So when this story came across my desk it seemed like another gigantic waste of time and money so scientists can prove something we already know; fast food burgers are trash.

Now what? The last moderately useful breakthrough in these food science experiments was seedless watermelons.

It is pretty disheartening to see one of the all-time great cheeseburgers In N Out being grouped with the likes of White Castle. That one hit close to home considering it’s literally the first place I hit when I go to Vegas or LA. 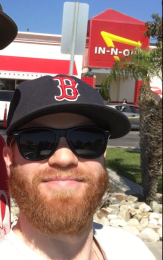 This is slanderous really.

Shoutout to Shake Shack though for getting an A on this test. Burger Fi also got an A, but that place was open on Comm Ave for approximately 6 months before getting shut down. Sooo I can’t say I’m super confident in that franchise as a whole.

All these “breaking news” food studies always do the exact opposite of what the nerds with the test tubes intended anyways. You think I’m going to stop eating McDoubles now?

Literally every time I see Supersize Me, the OG “stop eating fastfood” initiative, the first thing I do is drive straight to McDonalds and crush a Big Mac. 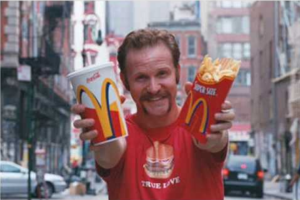 So to the nutritionists and the vegetarians and the scientists looking to take down fast food, I leave you with this: