The Patriots Need a Plan at Offensive Coordinator 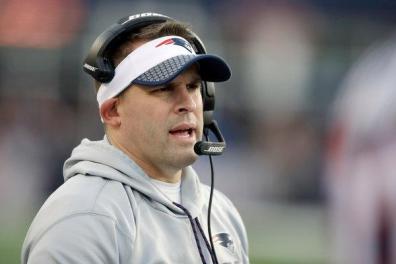 As Mattes blogged yesterday, Josh McDaniels will be staying with the Patriots for the 2019 season. To use McDaniels’ own words, “the book is closed” on interviewing this year. Who knows why; whether or not he decided to just stay another year or whether one of the jobs he coveted, such as the opening with Cleveland and Baker Mayfield, was looking like it would go someone else like Freddie kitchens and McDaniels didn’t want to be seen as a losing horse. Backing out in that situation is never a bad move.

Either way, the Patriots can’t continue to play this year by year. It just doesn’t make sense to not have a plan for when McDaniels does inevitably leave. And unlike 99.9% of the the big questions regarding the Patriots future, this one falls in the “regardless of Tom Brady” category. Brady or no Brady, when McDaniels steps away the Pats need a plan.

The obvious first question to ponder is whether or not this is one of those things that Belichick already has schemed up in his head but has never disclosed, as shocking as that is. It’s not like anyone has really ever asked him, to my knowledge, if he has a plan past Josh McDaniels’ tenure at the healm of the offense. Maybe there’s someone in the college ranks Belichick likes. Maybe there’s a coach in the NFL, possibly a football lifer in a lower coordinator or some sort of “special assistant” position, that he’s given the wink and the nudge to for when McDaniels leaves. There’s a distinct possibility that someone on the Pats current staff has been tabbed as the heir apparent. The latter makes possibly the most sense as the Patriots are known to promote from within (HR APPROVED!). Come to think of it, it wouldn’t shock me if Steve Belichick himself was vying for the job. I mean it does seem like the three things that guy loves is lacrosse, getting stoned in the Gillette parking lot, and football; football being something that has climbed to the top of that list as time has gone by. 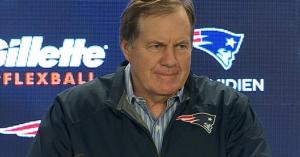 On the other side of all these questions is McDaniels himself and his decision to stay. You kind of have to wonder why, right? Why two years in a row does it seem like he has his choice of jobs but decides to stay in a Coordinator position? Maybe the most logical reason would be that the Patriots have secretly told him that he was next in line for Belichick’s job. The “if and when” of Belichick’s retirement has more rumors attached to it than possibly any other storyline in football, and the team has come out before I believe and said McDaniel’s isn’t necessarily tabbed to be their next head coach, but that very well could be all smoke and mirrors.

Then there’s the fact that McDaniels has been here since 2012 and before that from 2001-2008. He has a family and so maybe he just wants to stay rooted. I mean, if we assume his kids are about a decade away from college then there’s no reason for him to not wait until his early 50s to be a head coach again, rather than uproot them now. He’d still be fairly young for that role being not yet 43 now. Lastly, and something Red and I discussed as a possibility, is the fact that maybe Josh McDaniels is simply shell shocked from his last time being a head coach. While his stint in Denver was not a without positives, it was far from a swimming success as well. Maybe he just chooses to stay at a job he is wildly successful in at an organization where he knows all the pieces and the operation cold. O and his QB is Tom Brady. There’s that.

Regardless, I hope both McDaniels and the Patriots have a plan for the future as right now we only have a plan for 2019. And, let’s face it, there’s about eight months until the beginning of next season, so that plan could change. The bottom line is that the “next era” of the Patriots, which we all are too afraid to talk about, is not just when this team moves on from Brady or Belichick. It would also be launched in part when we have to replace McDaniels and the rejuvenation he has brought to Brady’s career and the offense as a whole.

P.S: Anyone get that “close the book” is a reference to the Mafia and how they add names to the list of “made men”? McDaniels is such a weirdo.