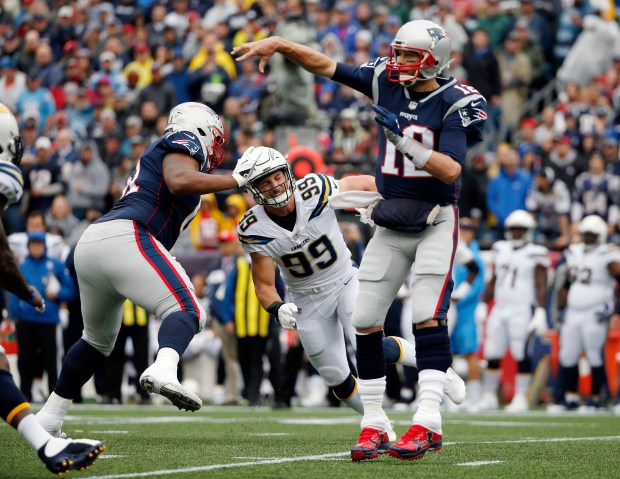 Like clockwork, the Pats are heading back to the AFC Championship – for the EIGHTH. STRAIGHT. YEAR. (It’s also the THIRTEENTH time that Tom Brady is playing in the penultimate game of the season; that’s six more than the guy with the second-most championship game appearances all-time, Joe Montana, who has seven.)

So maybe I was entirely wrong about the whole “this is gonna be a close one” thing. But if you thought the Pats were going to hang over 40 points today, or beat the Chargers by almost two scores, you’re either a psychic or just outright lying.

Besides scoring some garbage-time second-half points, the Chargers were absolutely dominated in this one from start to finish, on both sides of the ball. They couldn’t stop the Patriots from doing anything they wanted to on offense, and the Pats D was in Philip Rivers’s face ALL DAY, sacking him twice and pressuring him on what seemed like almost every dropback.

And once Rivers gets flustered, it’s usually all downhill from there. While the guy is tough as nails and has put up some pretty impressive numbers in his career, he can easily fly off the handle. (Seriously, though, I’m surprised he didn’t actually take flight with how much he was flapping his arms around on Sunday.) 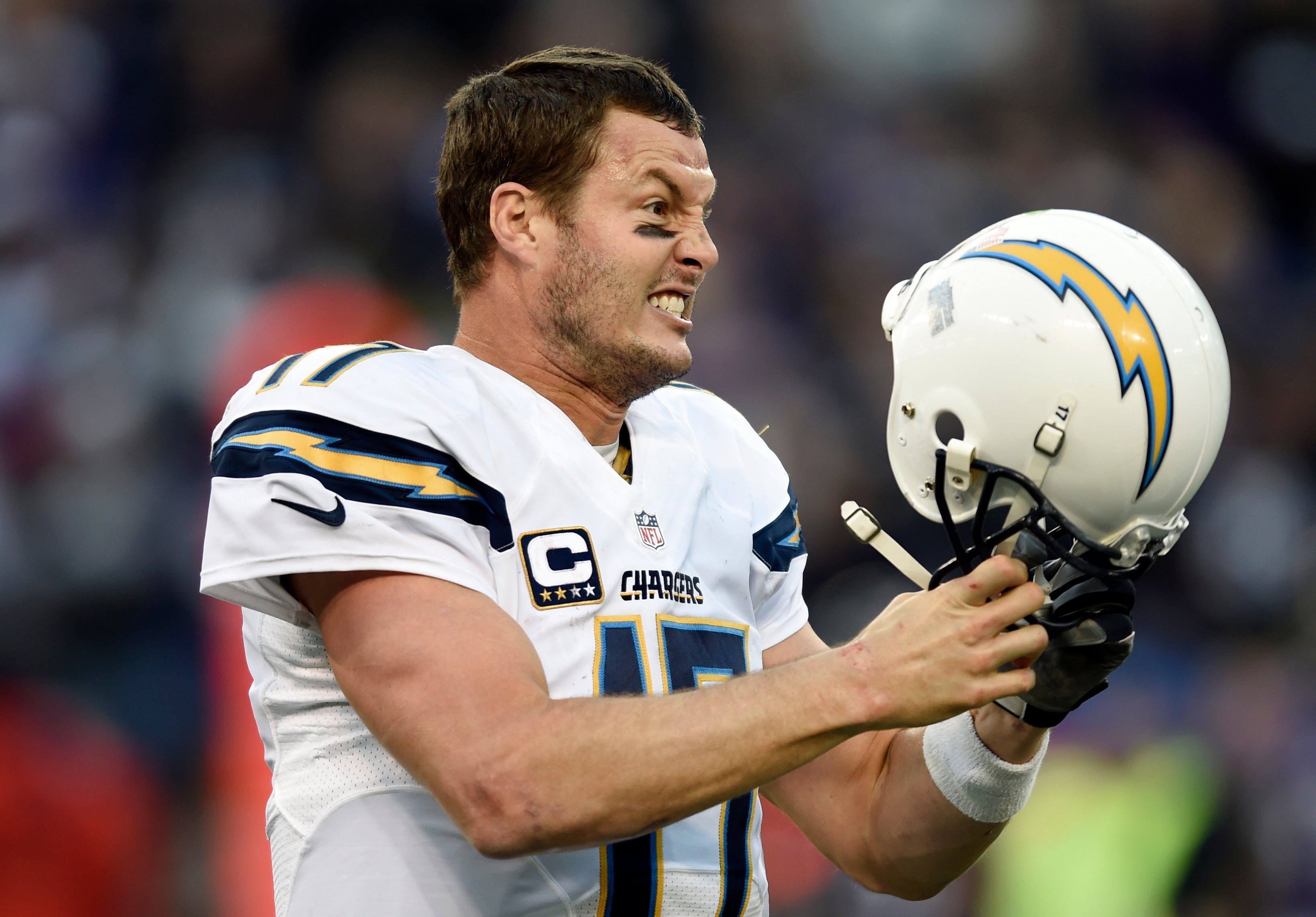 This man has always been a bit of a hot-head.

The fact that the Pats also won the time of possession battle by over sixteen minutes (!) also demonstrates just how much they controlled the whole game. (That means they literally held the ball on offense for more than an entire quarter more than Los Angeles did.) They were able to do so behind an excellent performance from Sony Michel on the ground (129 yards, 3 TDs) – if you may recall, I said earlier this week that Michel would be this game’s X-factor – along with the tried-and-true short-passing offense, which was highlighted by a 15-catch effort from James White.

Also, Julian Edelman was phenomenal. His nine catches and 151 yards helped the Pats move the ball even further down the field, and he is now second all-time in postseason catches, only behind the legendary Jerry Rice. 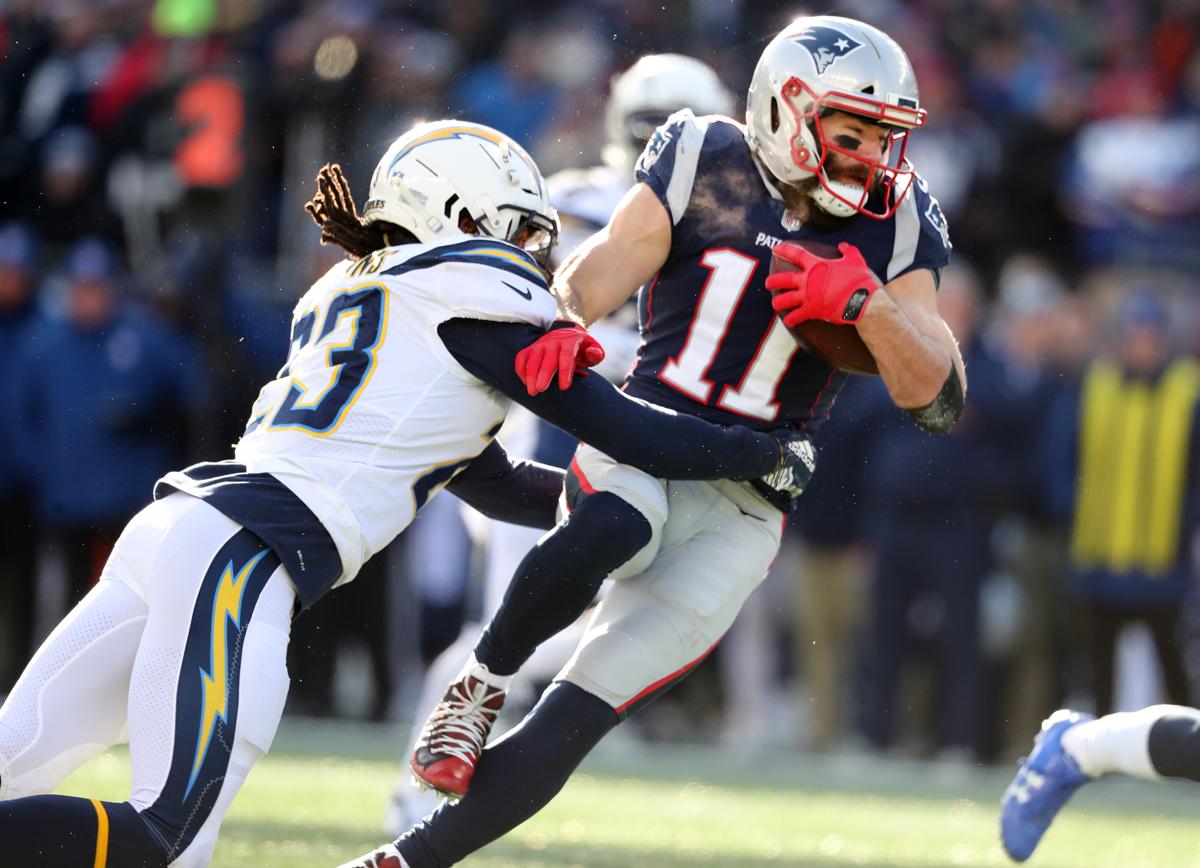 Old Faithful showed up to play again on Sunday.

Phillip Dorsett and Chris Hogan contributed as well, with seven combined grabs, but this game was about four guys: Brady, Edelman, White, and Michel. Period.

Stephon Gilmore and Jason McCourty held it down in pass coverage. Trey Flowers, Adam Butler, and Adrian Clayborn all dominated up front as well, not only constantly getting in Rivers’s face but also by holding the Chargers’ running game to just 19 measly yards. (Yes, much of this had to do with game script, as L.A. only ran the ball a total of 10 times. But still, they were able to stonewall Melvin Gordon, who averaged a pathetic 1.7 yards per tote on nine attempts.)

Unlike in years past, however, the Pats are not going to be playing the AFC Championship at home. Instead, they’ll be heading out to Kansas City to take on the Chiefs. That game will kick off at 6:40 p.m. next Sunday night. And that one will not be as easy. You can take that to the bank.

But, before we turn our attention to next weekend’s showdown at Arrowhead, here’s a few more quick notes from today’s victory:

You may not be what you once were, but I know how important you still are to us, big guy.

Feel good about this one, Pats Nation, but do not let this taint your view of what lies ahead. The Chiefs killed a red-hot Colts team on Saturday, and it is not going to be easy next Sunday night. (No, but I really mean it this time.)

Be sure to stay tuned to The 300s all week for all the coverage you need leading up to the big game!