Here Was Boston’s Pitch to Amazon. Mad Men This is Not. 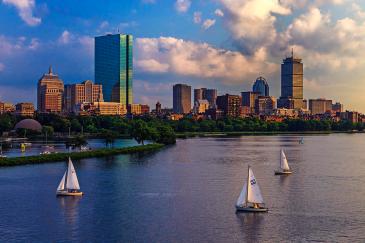 Boston Globe –  The high-water mark of Boston’s unsuccessful bid to land Amazon’s second headquarters came on a brisk Monday in early March, beginning with coffee in the Eagle Room at Boston City Hall and ending with oysters and steak at More Than Words, a nonprofit bookstore and job-training center in the South End.

Press play before reading for the full blog experience.

The city of Boston was a finalist for Amazon HQ2, which as we know was unsuccessful, but some new details came out the other day on just what was in the pitch. Not exactly a Don Draper level presentation to be honest. Welcome to this hell hole of congestion where the traffic never ends, there’s always construction, and it’s impossible to get across the city in less than an hour during rush hour.

Without further ado, the pitch:

In their pitch, state and local officials worked together closely, promoted the region’s universities and educated workforce, and — unlike most other cities involved in the chase — offered no tax breaks beyond what is available to any large employer expanding here.

We have smart people for you to choose from, buttt you’ll pay through the nose to be here just like everyone else. Great start, really get the prospect interested from the get go. Always Be Closing guys, thats just Sales 101.

Then there were basic logistics to sort out, like what to feed the visitors from Seattle and how to show them as much of Boston as was practical in a short amount of time, without getting bogged down in traffic.

“I’m really nervous about Tuesday,” one City Hall staffer wrote at 1:50 a.m. the Friday before the visit, laying out the challenges of getting from Amazon’s downtown hotel — not named in the documents — to Dudley Square to meet with school officials, and then to the roof of the Bolling Municipal Building to see development sites. “Nice view — not enough time,” the staffer wrote.

HAHAH good luck showing anyone around Boston without getting bogged down in traffic. True story: my sister in law was running the Boston Marathon and a ton of family came up to watch her run, watching from various points throughout the course. The plan was to get from Newton to the finish line in real time to watch her finish, which with the traffic and the parking in this city is impossible. So I bombed down Storrow Drive with a car load of people, got as deep as possible into Back Bay and then just fell on my sword and told everyone to get out and walk the last couple of blocks while I went to find a parking garage by myself.

Long story short: traffic always has been and always will be a massive inconvenience in this city and I’m sure Amazon is smart enough to realize that. 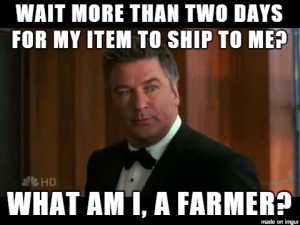 “We wanted them on the T.” We should have just started and stopped the blog with that line right there. As soon as someone said this sentence out loud they should have known this pitch was doomed We really wanted Amazon to feel the inner rage that all of our residents feel on a daily basis.

Can’t believe they didn’t just write up a contract on a cocktail napkin after getting to experience the joys of riding the T. It was probably on time and everything.

Next, they hiked across Fort Point Channel to the penthouse of a Seaport apartment building to hear about buildings there.

The Seaport is dope, but it’s already running out of free space and will probably be underwater in 50 years.

The next day, after breakfast in Dudley Square and a visit to Assembly Row, Amazon’s contingent headed out of town.

I work near Assembly Row and it’s a cool little spot for some outlet shopping, but it’s not exactly where I’d take a trillion dollar company to try and sell them on my city. You may have nearly gotten out of your car in traffic to stab someone getting here, but hey the PUMA outlet store has some really sweet deals!

While having a company like Amazon in Boston would have been cool, it also would have been a logistical nightmare like oh I don’t know HOSTING THE OLYMPICS. Except this would bring 50,000 people to Boston for a lot longer than 2 weeks. I ‘m already in pre-road rage because the city is planning a massive overhaul on Storrow Drive (we have such great history with highway projects) to go along with the guaranteed traffic from the upcoming opening of the Encore casino in Everett. If this city added a goddamn Amazon headquarters I’d literally have to buy a jet ski and bomb down the Charles for my morning commute. So maybe we dodged a bullet here guys.